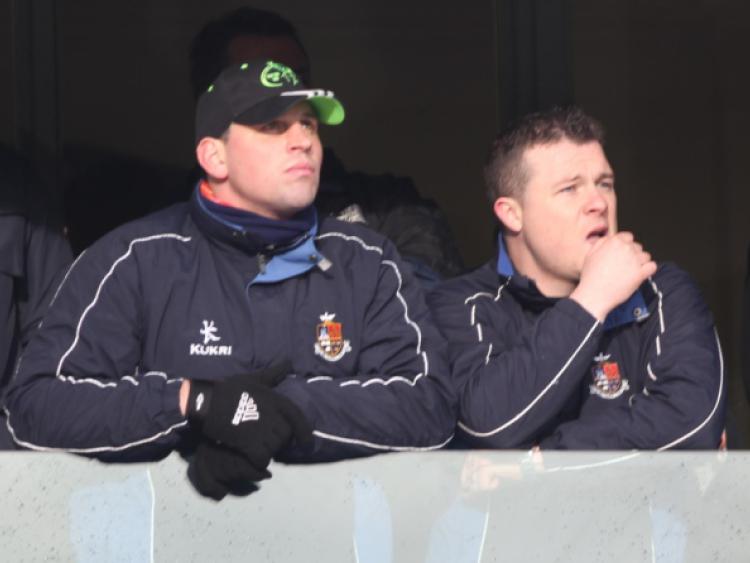 Cashel kicked off their Munster Junior Cup campaign with a well deserved 23-8 victory in Castleisland on Sunday last.

Cashel kicked off their Munster Junior Cup campaign with a well deserved 23-8 victory in Castleisland on Sunday last.

This was a tricky assignment as a number of eligible players were either injured or unavailable but Cashel still put a strong team on the pitch.

From the kickoff Castleisland were penalised and Ollie McGlinchey made no mistake with the kick. He stretched the lead seven minutes later with another penalty.

The Cashel pack were laying the platform and the rampaging Michael Crosse, bursting at the seams to get his hands on the ball was particularly prominent.

Half backs Michael Hickey and Ollie McGlinchey orchestrated matters at half back and Richard Joyce and Brian Silke were busy in attack and defence.

William English at full back was excellent under the high ball. McGlinchey put Cashel further ahead on 22 minutes with a penalty.

Then three minutes later Cashel produced the score of the day.

English bravely fielded a high ball on his 22 and set up a ruck. McGlinchey sent a skip pass to Silke who raced along the wing to half way feeding Joyce on the inside.

Joyce sent it back out to Silke who passed it inside again to Andrew Wallace coming at pace. Wallace raced under the posts and McGlinchey converted. It was an excellent score that put Cashel 16 points ahead.

Just before half time Castleisland kicked a penalty to leave the half time score 16-3.

Cashel came out of the blocks in the second half. After two minutes they kicked a penalty to the corner, won the lineout and mauled to the line. While Michael Hickey issued instructions to his backs, Paddy Maher picked the ball and dived over the ruck to score a very clever try which McGlinchey converted making it five kicks out of five for the day.

Castleisland responded with a good unconverted try immediately but that was the final score of the game and Cashel went on to win 23 points to 8.

It was a very good team performance and set up a meeting with Thomond in the next round in Limerick.

Cashel thirds were beaten 8-0 by Carrick-on-Suir on Saturday night in their league match.