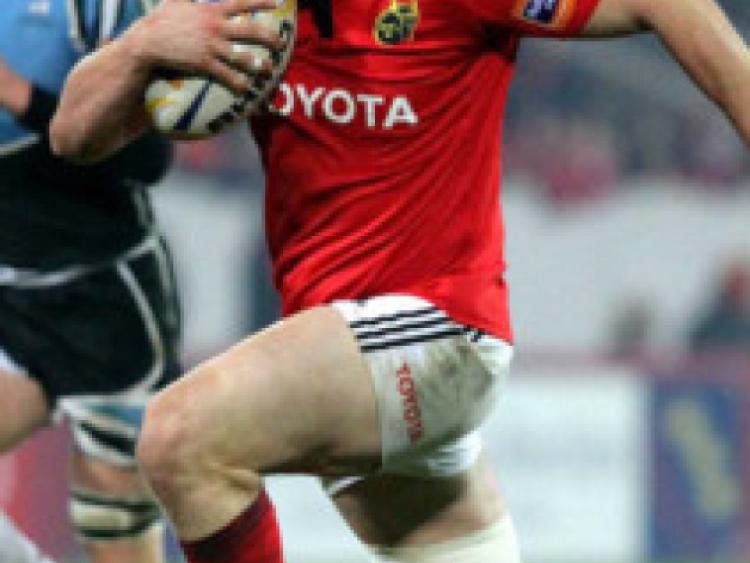 There was international call-up for two of Tipperary’s most promising young rugby stars this week.

There was international call-up for two of Tipperary’s most promising young rugby stars this week.

Cahir’s Tommy O’Donnell will travel to North America as part of a 28-member Irish squad captained by Rory Best.

They will play tests against the US Eagles and Canada with O’Donnell tipped to make his international debut in at least one of the games.

He has been one of Munster’s outstsanding players this season and a lynchpin in their march to the Heineken Cup semi-final.

Such has been his form in recent years that he is now regarded as one of the key players for the province in the coming years.

Clonmel’s David Foley has also made huge strides with Munster and has been rewarded with a place on the Emerging Ireland squad for the Tbilisi Cup that will see games against hosts Georgia, a South African selection and Uruguay