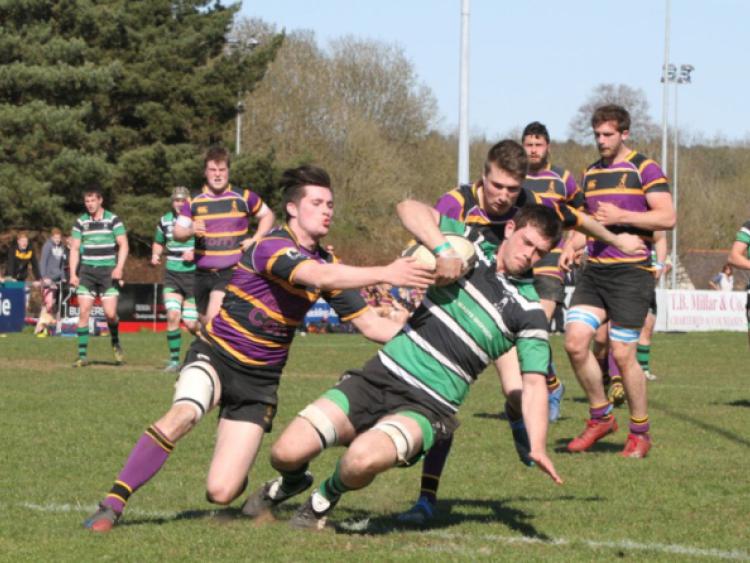 After the disappointment of the loss away to Dundalk in the second round game of the All Ireland provincial league play offs the previous weekend, it was always going to be a strong test of the Clonmel senior team’s character to bounce back and prepare for the long trip to Shaws Bridge in Belfast to take on the Ulster league champions Instonians in the final game of the series.

After the disappointment of the loss away to Dundalk in the second round game of the All Ireland provincial league play offs the previous weekend, it was always going to be a strong test of the Clonmel senior team’s character to bounce back and prepare for the long trip to Shaws Bridge in Belfast to take on the Ulster league champions Instonians in the final game of the series.

Having travelled to Belfast the previous day, Clonmel readied themselves for the third Saturday afternoon big game knowing that their fate in terms of promotion to the senior ranks of the AIL was as much dependant on what would unfold in Dundalk’s away game to Connemara as in their own hands at the Northern Ireland venue.

On the day it was Instonians that opened the early scoring with a well worked converted try to take a seven point lead on eleven minutes.

Clonmel’s Daragh Foley and Conor Cooney then combined to level proceeding on twenty minutes after Foley crashed over the line and Cooney converted Clonmel’s opening try.

Danny Lyons followed up within ten minutes to run in a second Clonmel try under the posts which Cooney duly converted. An Instonians try brought the half time score to 14-12 in favour of Clonmel.

A penalty each, followed by a try for the home side, saw Instonians re-take the lead at 22-17 on fifty four minutes.

Greg Carroll rebounded with a great Clonmel try which Cooney converted to nudge the score back in Clonmel’s favour 24-22 on sixty four minutes. It was end to end stuff when a huge drive by Instonians notched up another try by the Northern side and they went back in front 27-24 on seventy minutes.

However in what was now a truly nail biting final ten minutes, Clonmel’s Stephen Pyke and Tony Cantwell both crossed the try line in determined moves and with two additional Cooney conversions Clonmel came away with a superb 38-27 victory and very well deserved bonus point win.

With the job done in spirited fashion in Belfast, word came through from the West of a Dundalk third game win for the Leinster league champions over Connemara, Dundalk thereby taking the round-robin series and going on to play relegation-threatened DLSP in the decider this weekend.

It was a fantastic league campaign for Clonmel, taking the Munster title for the very first time and finishing second in the provincial ply-offs. Clonmel will remain in the Munster Junior League Div 1 next season and eagerly defend its title.

Meanwhile there is some serious rugby still to be played this year with immediate focus now shifting to the semi-final of the Munster Junior Cup next Sunday against Young Munster. With Shannon already through to the final after their win over Kilfeacle, Clonmel has home advantage for this weekend’s highly anticipated fixture. Kick off in Clonmel this Sunday at 2.30pm.

After Saturday’s 1st XV win in Belfast, it was travel in the opposite direction on Sunday morning as the 2nd XV headed south to Midleton to meet Kinsale in the final of the Dave Dineen Cup final.

Having overcome Old Christians and Mallow in the quarter and semi finals respectively, the Clonmel side was determined to maintain the winning momentum over their latest Cork opponents.

Clonmel got off to the better start and first half tries by Conor Tobin, Darren Hoyne and Darren Cass with three well taken conversions and a penalty by Brian Lonergan saw Clonmel go to the break with a solid 24-0 advantage.

A second half try by Darren Cass, his second of the day and two converted tries by a better second half Kinsale saw the Clonmel side take the honours and the silverware 31-14.