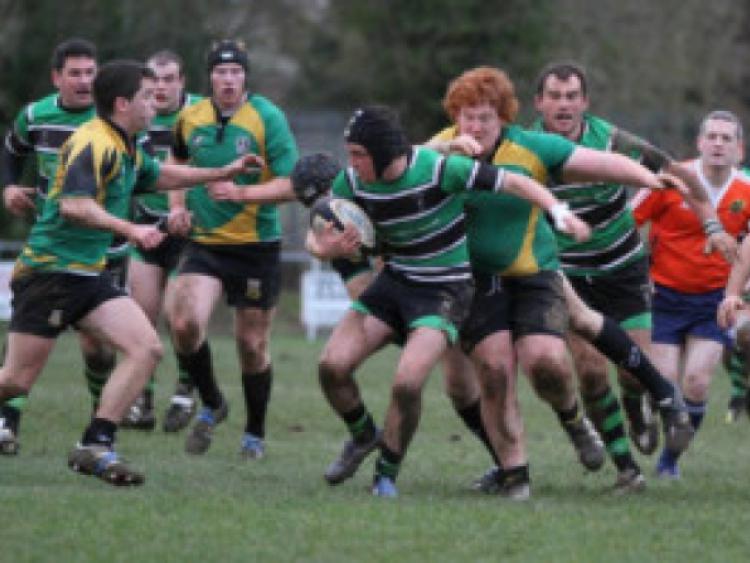 Action in the Munster Junior League resumed post the Christmas break on Saturday last when Clonmel hosted Mallow in the first competitive game for the Clonmel firsts of 2014.

Action in the Munster Junior League resumed post the Christmas break on Saturday last when Clonmel hosted Mallow in the first competitive game for the Clonmel firsts of 2014.

With a switch to Saturday play to accommodate the crucial Munster game in Thomond Park that afternoon, the Clonmel team lined out in very favourable conditions on mild January afternoon.

The scoring opened within the first fifteen minutes for the home side with a well taken try by Mick Barry.

A penalty to Mallow on the half hour mark kept the visitors close and very much in touch.

A penalty by Clonmel’s Conor Cooney eased the Clonmel side into an 8-3 lead only to be quickly overtaken by a well taken and duly coveted try by the visitors. At half time Clonmel trailed 8-10.

Clonmel opened the second half with a great break and try taken by Conor Cooney within five minutes of the re-start which he duly converted himself.

Two further tries by Frankie Quinlan during the half and a penalty by Brian Lonergan closed out the game and a solid performance for the home team and a well-deserved 25-10 victory.

Clonmel currently sit in third position on the league table and travel to Newcastle West this coming Sunday for their next encounter in the league at 2.30pm

Clonmel High School U19 team travelled to Fermoy RFC to play the final qualifying match for the Munster Schools Senior Cup but unfortunately were beaten by a very good Bandon Grammar School side.

There were solid performances from several High School players, including Luke Boland and Alex Sheehan in the backs while Ethan Mulvee and Ronan Brady played well in the pack.

The U19s’ next match is against Midleton College in the Mungret Cup on Wednesday 22 January in Clonmel RFC at 2pm.

The U15 team is training hard at the moment for the Cleary Cup which begins shortly.

The High School won this cup last season and so will be determined to defend their title.

The 1st Year rugby team have a challenge game against Midleton College on Wednesday 22 January in Clonmel RFC at 2pm.

Well done to former High School student David Foley who had his first Heineken Cup start for Munster against Gloucester and continued with another great display against Edinburgh lasat Saturday. David won an O’Brien Cup medal with the High School in 2004 and it is fantastic to see that his hard work and commitment in recent years has paid off.