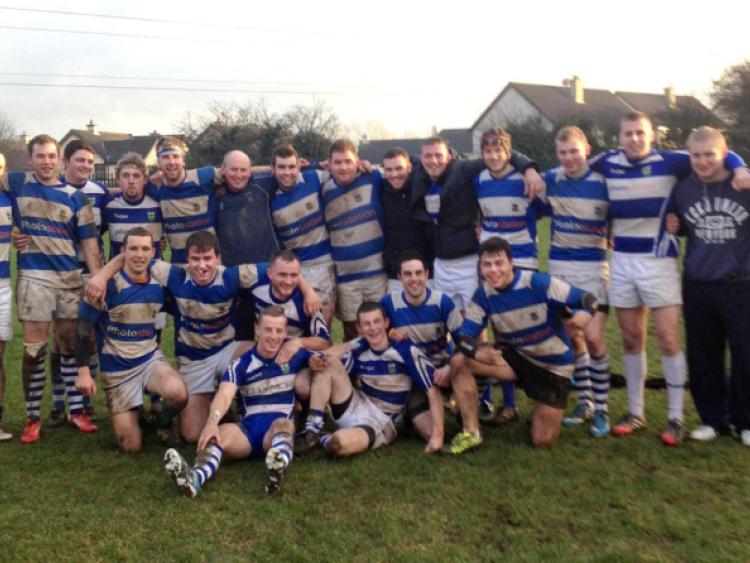 Fethard rugby seniors travelled to Dooradoyle last Saturday in what was a top of the table game. The game started at a ferocious pace.

Fethard rugby seniors travelled to Dooradoyle last Saturday in what was a top of the table game. The game started at a ferocious pace.

Fethard were awarded a penalty which Declan Doyle converted, Garryowen levelled ten minutes later and were now dominating exchanges, but Fethard defence was strong and when Shane Kavanagh turned over the ball and kicked up field, the pacey Alan O’Connor won the race to score; Doyler hit the post with the conversion. Garryowen with a much bigger pack rucked and mauled and scored twice to leave the half time score 15 points to 8.

Fethard came out a different team in the second half and the forwards took control with Joe Frazh, Chris Large, Chris Banister and Kevin Hayes making the hard yards and were eventually rewarded when Joe Murphy crashed over for a try; Richie Carroll hit the post with the conversion; so it was two points behind with 15 minutes to go. The ball went wide from a scrum and when Kavanagh fed John Ryan a try looked certain but Garryowen defence managed to tackle him into touch but eventually Fethard pressure was rewarded when Richie Carroll landed a penalty. Fethard defence was strong and the final minutes were played in Garryowen half but they were awarded a penalty which got them to the Fethard 22. They won the lineout and had a maul moving towards the Fethard line but big Nicholas Hoyne managed to come through the maul and turn over possession, the ball was kicked clear and the final whistle sounded on what was a great contest with Fethard putting in a superb second half performance. We play Richmond in Fethard next Saturday at 1pm.