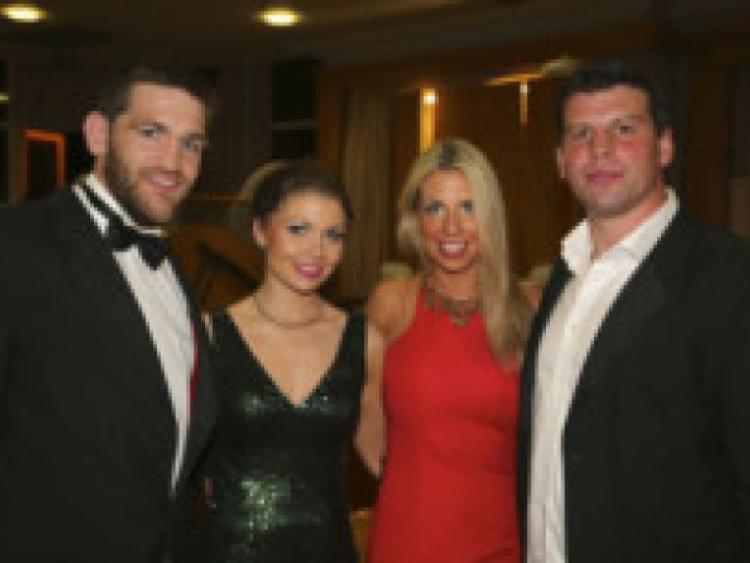 The boots and jerseys were hung up for the night on Friday last as Clonmel Rugby Football Club held its first black-tie ball in several years at Hotel Minella.

The boots and jerseys were hung up for the night on Friday last as Clonmel Rugby Football Club held its first black-tie ball in several years at Hotel Minella.

Addressing the large attendance the president of the Munster branch of Irish Rugby, Michael Goggin expressed his appreciation and good wishes to the Clonmel club, not alone for the honours won during the year but for playing host to the Irish men’s national team earlier in the year; hosting the All-Ireland U-20s Cup Final; the women’s Munster Ulster Inter Pro and training and development sessions across all grades.

Clonmel RFC president Billy Burke reflected on the year and complimented everyone involved for the huge contribution the club makes to the sporting and social fabric of the town and province. From minis and underage teams to three senior adult teams, both male and female, the club has a proud heritage in Irish rugby circles.

Clonmel has produced many players who have gone on to represent their province and their country, with current high-profile stars David Foley and Niamh Briggs singled out for mention.

Clonmel Head Coach Denis Leamy congratulated his successful Munster Junior Cup squad and looked forward to the season ahead, with the high expectations that are achievable with the continued dedication and commitment being shown by the players.

The night was a true celebration of sport in Clonmel and with this season already off to a good start, another night of celebration next year is eagerly anticipated.