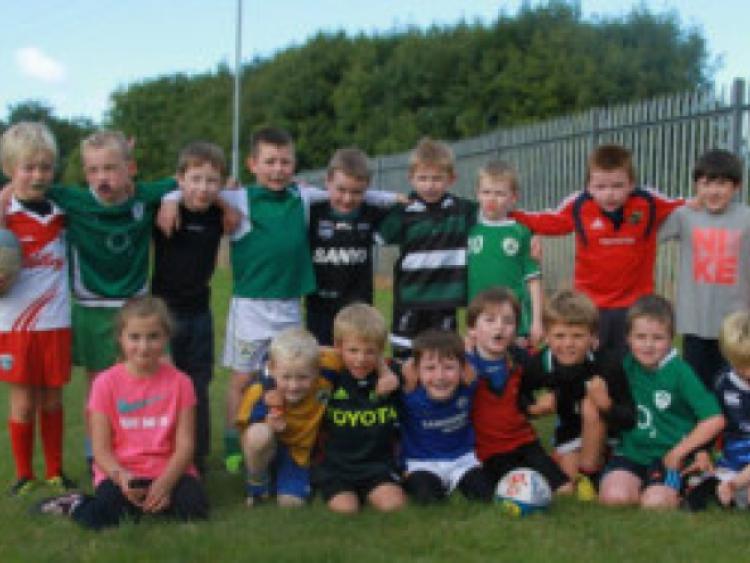 On Sunday Kilfeacle and District travelled to Galbally for their first competitive game of the season in a Garryowen Cup second round encounter.

On Sunday Kilfeacle and District travelled to Galbally for their first competitive game of the season in a Garryowen Cup second round encounter.

This was Kilfeacle’s first game in this competition defending the Cup they won last year.

Kilfeacle started this game with the wind in their faces and were the better of the two teams but some basic errors caused by the adverse weather conditions provided Galbally with an early opportunity with a penalty which Wallace Burke narrowly missed.

This was a typical first game of the new season encounter, a very stop start affair, with players only gaining match fitness, getting to know each other, becoming accustomed to new positions, new systems and new calls, coming to terms with new rules and their interpretations.

The nearest the visitors were to come to a score in the first 10 minutes was a missed penalty after 7 minutes. The Kilfeacle pack consisting of Simon Barry, Stephen Flood, Tom Doyle, Sean McGrath, Diarmuid O’Donnell, Ger Luby, John Hannigan, Jack Sullivan, Cormac O’Donoghue, Gary Noonan and James Ryan (Salmon) had gained the upper hand and soon they were 7 points up and had declared their intent after the backs JJ Cooney, Gavin Hueston, Packie Burke, Diarmuid Carr, Pat Ryan, Charles Walsh, Jonathan Corcoran, Jake O’Halloran and Bernard Callaghan scored a well worked try which was finished by Diarmuid Carr and converted by Gavin Hueston.

With 20 minutes gone the home side started to show some promise and Wallace Burke kicked two penalties. With the last kick of the half Burke scored another penalty which meant that the first half ended with the home team ahead 9-7.

Although two points down at half time, Kilfeacle, were optimistic about achieving their goal and coming away with a win as they believed they had weathered the Galbally storm and now had the wind at their backs for the second half.

The half started with Galbally keeping the ball tight and with Kilfeacle looking to move the ball wide. Galbally were to reap dividend first with yet another Burke penalty in the 56th minute.

However Kilfeacle were now playing with more fluidity but were able to convert their territorial advantage to points on the scoreboard when, after some fine work by the pack, JJ Cooney, Pat Ryan and Packie Burke combined to send Charles Walsh over to score their second try of the game. The subsequent conversion attempt by Packie Burke found its target so the scoreboard now showed the visiting side leading by 14 points to 12.

To give Galbally their due, their never say die attitude meant that the remainder of the game was a hard fought period of play in which neither side could gain the upper hand.

Kilfeacle had amounted a lead that would remain that way until the final whistle.

From this performance, it is easy to see how Galbally will have a huge impact in Division One this year.

Kilfeacle had good spells when they were playing as a unit and areas such as the lineouts, scrummaging and ball handling were impressive at times. The atmosphere among the squad is very positive and training sessions have been very productive however everyone knows that there is still a lot of work to be done.