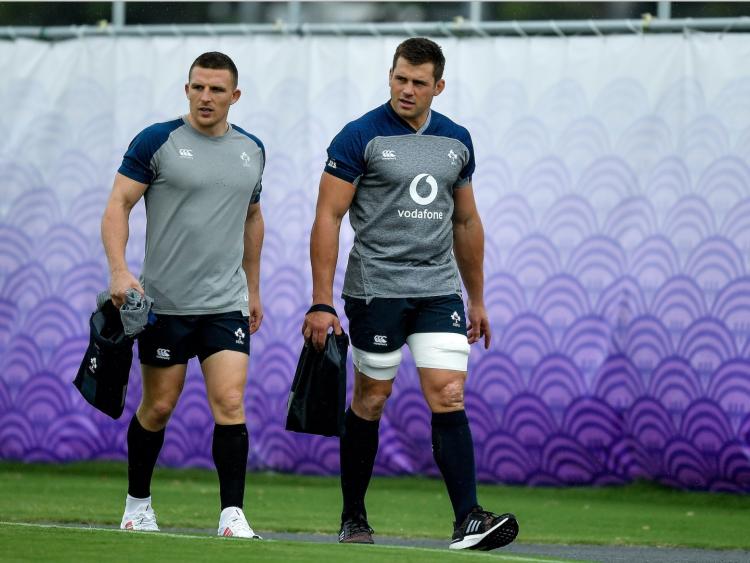 Munster's Andrew Conway and CJ Stander at training in Yokohama

The Irish team to face Scotland in Ireland's World Cup opener (8.45am Irish time) has been confirmed. As expected Andrew Conway replaces the injured Keith Earls on the wing, while Jordan Larmour will line out at full back in place of Rob Kearney.

reland have won six of their last seven games against Scotland, including their most recent two clashes.

Rory Best will captain Ireland for the 35th time. Only Brian O'Driscoll (83) and Keith Wood (36) have captained the team in more test matches.

Andrew Conway posted a hat-trick against Scotland at the 2010 World Rugby U20 Championship.

Cian Healy, Rory Best and Tadhg Furlong are the most common starting front row of the 20 World cup participants since the beginning of 2017. On Sunday they start together for the 14th time.

Jonathan Sexton has scored 765 points for Ireland. Only Ronan O'Gara (1,083) has scored more.
Jacob Stockdale was on the winning side in all 11 matches in which he scored at least one try for Ireland. 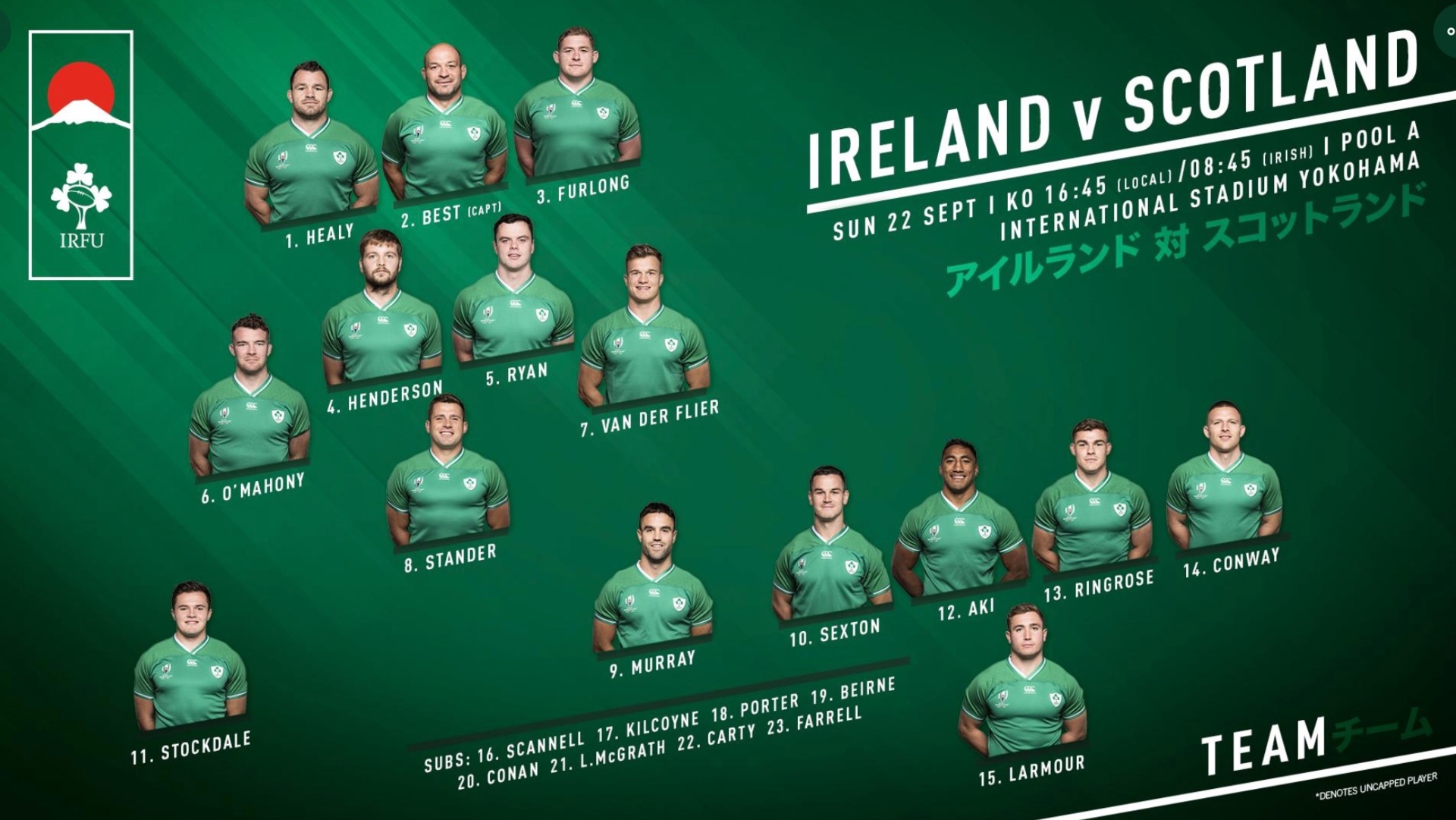 Scotland coach Gregor Townsend has named his team for the Pool A match against Ireland at International Stadium Yokohama on Sunday, 22 September:

Seven players that started in Scotland's quarter-final defeat against Australia at RWC 2015 will also start against Ireland.
John Barclay returns for Scotland in a third World Cup, after featuring in both 2007 and 2011 but missing out in 2015.

Stuart McInally will captain Scotland. He was selected in the original 31-man squad four years ago, but never featured at RWC 2015.

Greig Laidlaw's 79 points at the World Cup rank him third among Scotland players, behind Gavin Hastings (227) and Chris Paterson (140).

Gavin Hastings's son Adam is in Scotland's 31-man squad, but has not made it in the match-day 23.