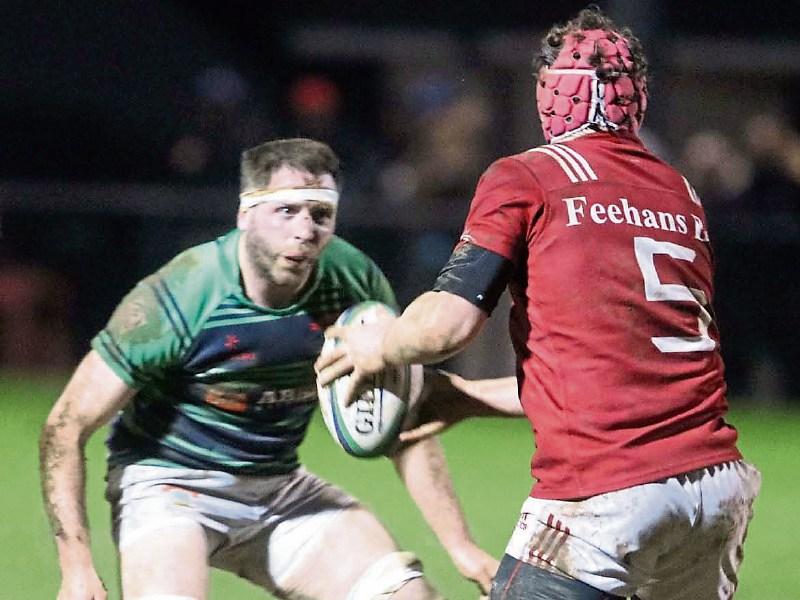 There was much at stake for both teams in Nenagh on Friday night when Cashel took on the home side in round 12 of the All Ireland League, Division 2A.

Nenagh badly needed a win to get off the bottom of the league table and Cashel needed a win to keep pace with the top teams all competing for a playoff position. Added in was the extra spice of a local derby as these clubs have produced some exciting games over the years, with very little between them at any time.

Friday night’s encounter was no different and was a much closer affair than the final score suggests. Cashel can count themselves lucky to come away with a bonus point win and Nenagh can be justifiably disappointed that having contributed to a great game they came away with nothing.

Prior to the game there was a minute’s silence in honour of former Cashel player and captain Eamon Foley, who sadly passed away the previous day.

Conditions were perfect, with a slight wind favouring Nenagh in the first half. 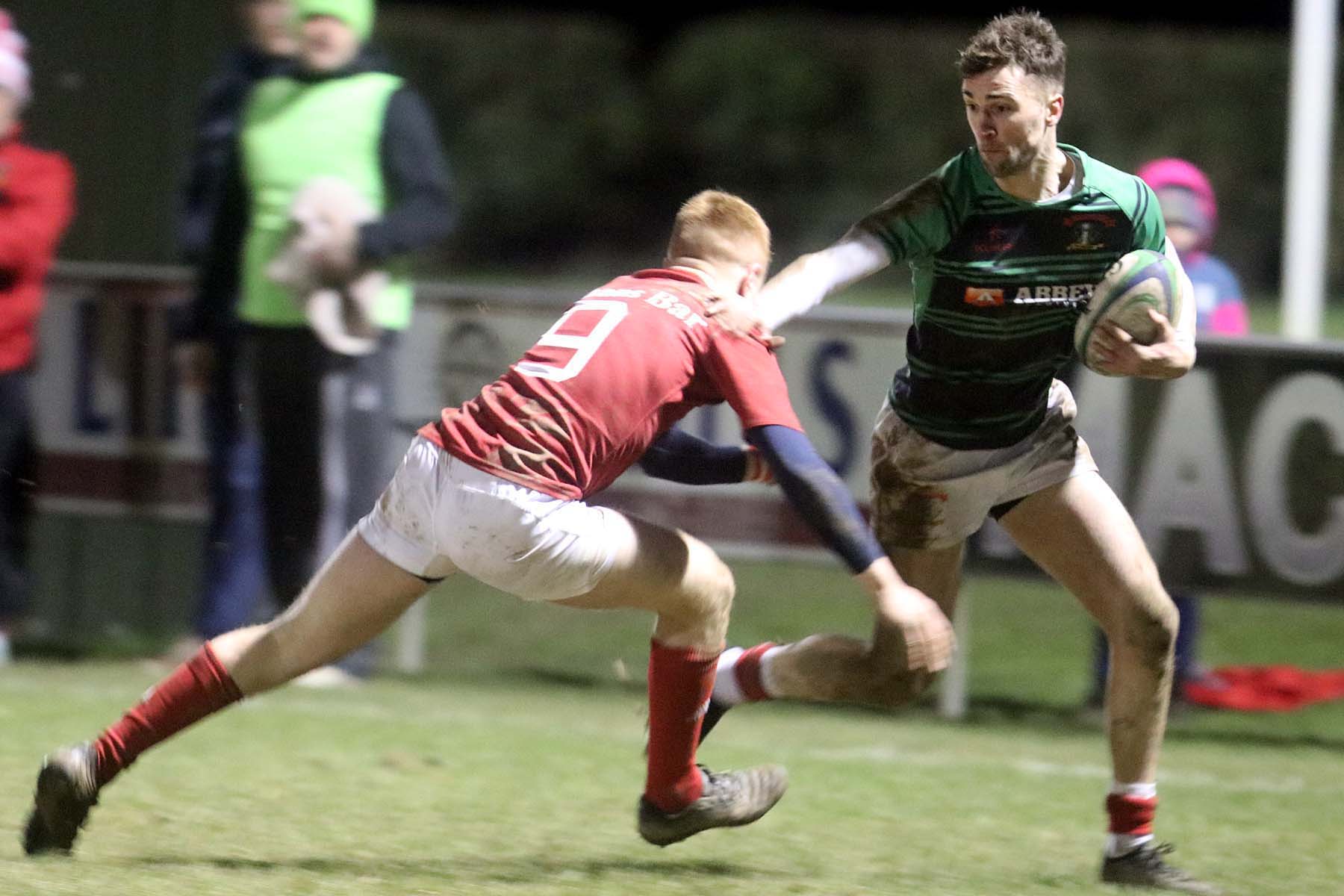 Nenagh were more sprightly early on and dominated possession. Their running and offloading was impressive and drew a penalty for a high tackle after four minutes. This was dispatched to put them ahead. Prior to that Darragh Lyons had put in a try-saving tackle. Three minutes later Cashel’s Luke Duffy went on a mesmerising run from deep inside his own twenty two, bringing play to half way. From the ruck Darragh Lyons put a high kick deep into Nenagh territory. Cathal Ryan was on hand to pick up the loose ball and as Cashel drove for the line James Kendrick touched down for a try. Aidan McDonald converted.

Shortly after that Aidan Butler forced a turnover on halfway. Cashel swept into Nenagh territory with a wonderful sweeping movement involving backs and forwards. Aidan McDonald saw a gap and darted over for a try, which he converted.

Nenagh went back on the attack and narrowed the gap with a penalty on eighteen minutes. For the next twelve minutes they came at Cashel but the defence held solid. James Ryan forced a turnover that allowed Darragh Lyons clear the danger. He also gained good field position from open play. Cashel were  encountering trouble in the scrum and another Nenagh penalty narrowed the gap further.

From the kick-off Cashel were awarded a penalty and Aidan McDonald converted to ease the pressure. From the kickoff Nenagh were back on the attack again. With another penalty accruing, their outhalf put in a long crossfield kick to the right wing, where it was fielded by the winger who touched down for a well-taken try. The conversion went narrowly wide.

The half-time score was Nenagh 14 Cashel 17. 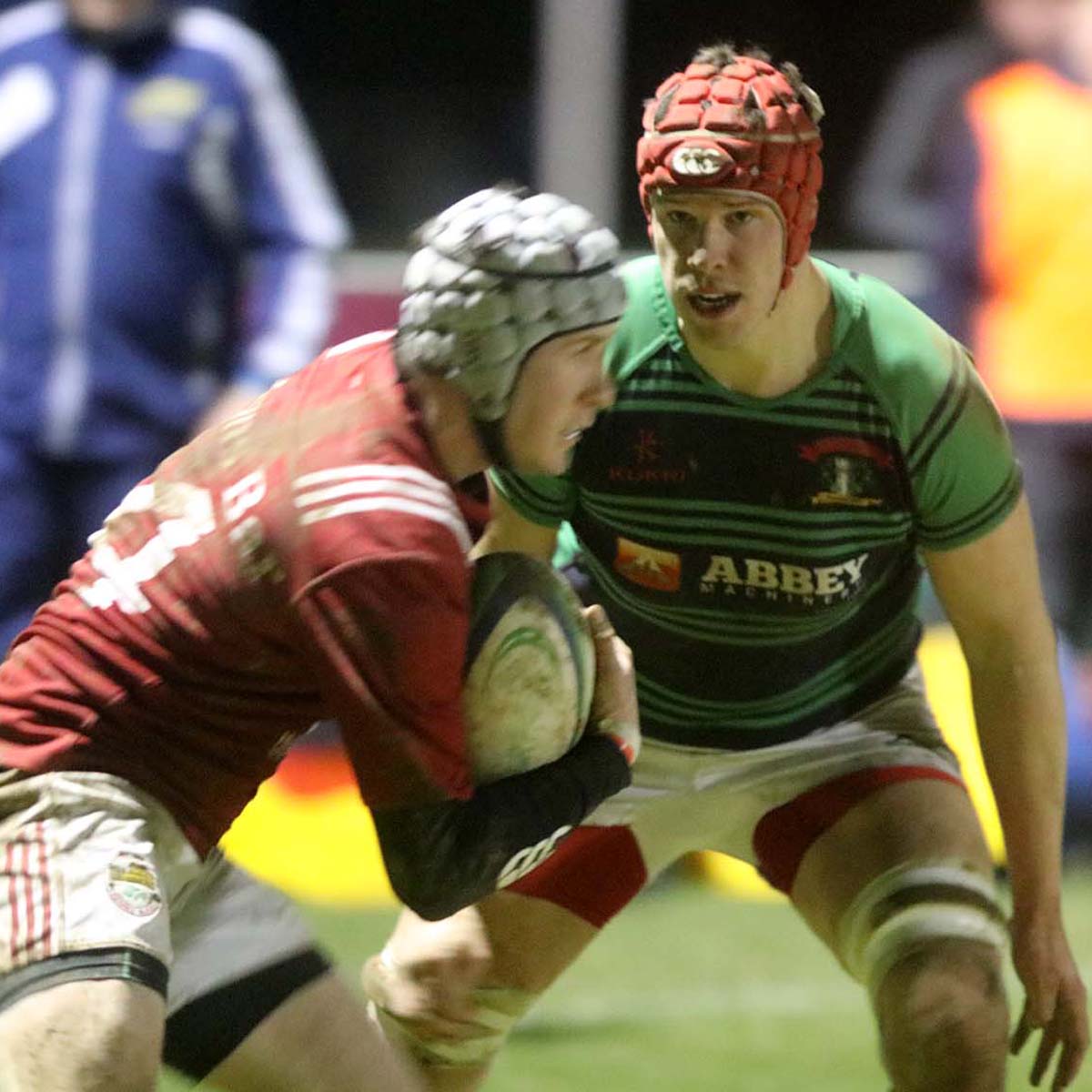 With the wind at their backs, Cashel started the second half in determined mood, as they had let the early momentum slip in the first half. It took them three minutes to get the third try. Ed Leamy fielded in the lineout, the maul was set up and Niall Fitzgerald touched down. Fitzgerald was in the thick of it again four minutes later when he turned over possession on the Nenagh ten metre line. Josh Pickering put through a grubber kick which sneaked over the try line. Conor Cashman beat the defender and touched down to score Cashel’s fourth try and put them 14-27 ahead.

This was a comfortable lead with the wind, but Nenagh had other ideas. They ran at every opportunity and were rewarded on fifty seven minutes when they ran the ball to the wing and scored. Matters got really tight with ten minutes remaining when they capitalised on a number of penalties, which they kicked to the corner, eventually driving over for a converted try.

At 26-27 in Cashel’s favour, the momentum with Nenagh, a Cashel man in the bin  and Richard Moran leaving the field with a hamstring injur,y the remaining minutes were tense and competitive. To be fair to Cashel they did not panic. Old heads James Ryan and Ed Leamy, together with the Ryans twins, Kieran and Brendan put their shoulders to the wheel. As they put pressure on the local team they were awarded a scrum, Nenagh infringed and Cashel were awarded a penalty try.

With the pressure off they went forward again, Leamy and Ryan driving forward. Josh Pickering broke the line and put James Ryan in on the right corner for Cashel’s sixth try.

The final score was Nenagh 26 Cashel 39.

It was an excellent performance by Cashel to score six tries away from home. The score does not do justice to Nenagh’s contribution. They matched Cashel in most aspects of the game, they scored three tries and were unlucky to finish empty-handed. They have a team capable of getting a few wins, which would push them up the table.

This  Saturday Cashel play Ballymena, in Cashel, at 2.30.