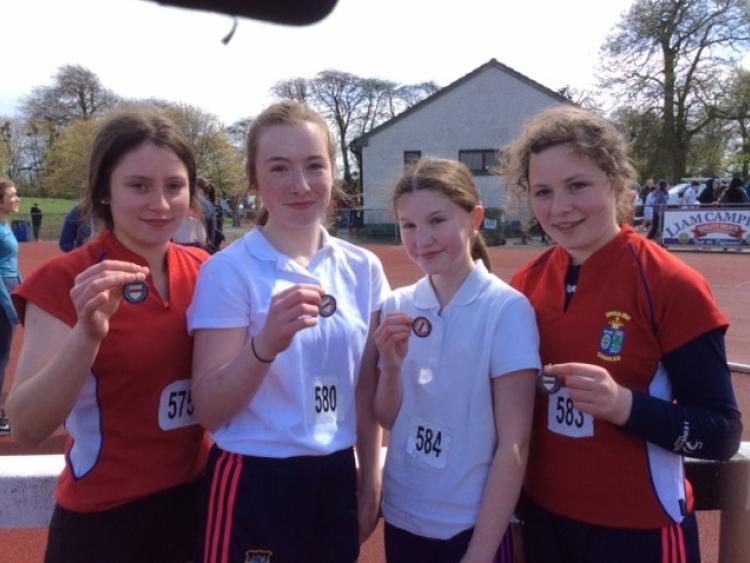 It was a great day for the Ursuline at the County Athletics Championships in Templemore on Wednesday, March 25 with twenty-four athletes competing across all age groups and events.

First off the blocks was National Pole Vaulting Record holder Anna Ryan with an emphatic and decisive victory in this event. Her jump of 1.53 also secured her second gold of the day in the high jump. Leaving Cert student Claire Rafter, making a welcome return after injury, won the Senior 800 metres. Anna McCartan, First Year, had a fine victory in the 400m, winning her first ever county title in style. Next up on the track was Aoife Murphy, Second Year, who ran a very good time and was just pipped at the post to finish in second position in the 800 metre final. Lizzie Burns got bronze in the Junior hurdles. The best of the Ursuline long jumpers in the Minor event was Alex Hourigan followed by Louise Hickey and Lorna Ryan.  In the Junior Long Jump Sophia Whelan finished the best of the UCT competitors.

Ursuline was well represented in the shot putt with Elma McEvoy in the Senior category finishing in fourth place, a mere three centimetres off the bronze.