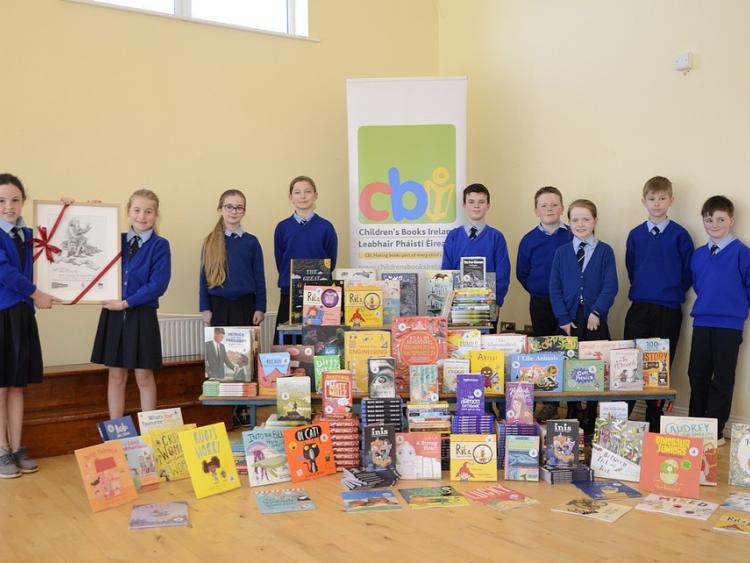 Excitement was palpable in Gortnahoe NS last week as dozens of boxes of brand new books were delivered to the school’s library following their successful application to the Robert Dunbar Memorial Fund last year.

As part of their mammoth prize, Gortnahoe NS will receive a library worth almost €8,000, plus a Patron of Reading, training on the use of the library, CBI resources and print material to guide students in their future reading endeavours.

On Thursday afternoon, pupils from junior infants all the way up to sixth class eagerly filed into the school hall, looking on in awe at the mountain of novels, short stories and picture and educational books that had been laid out in a mesmerising display by representatives from Children’s Books Ireland. 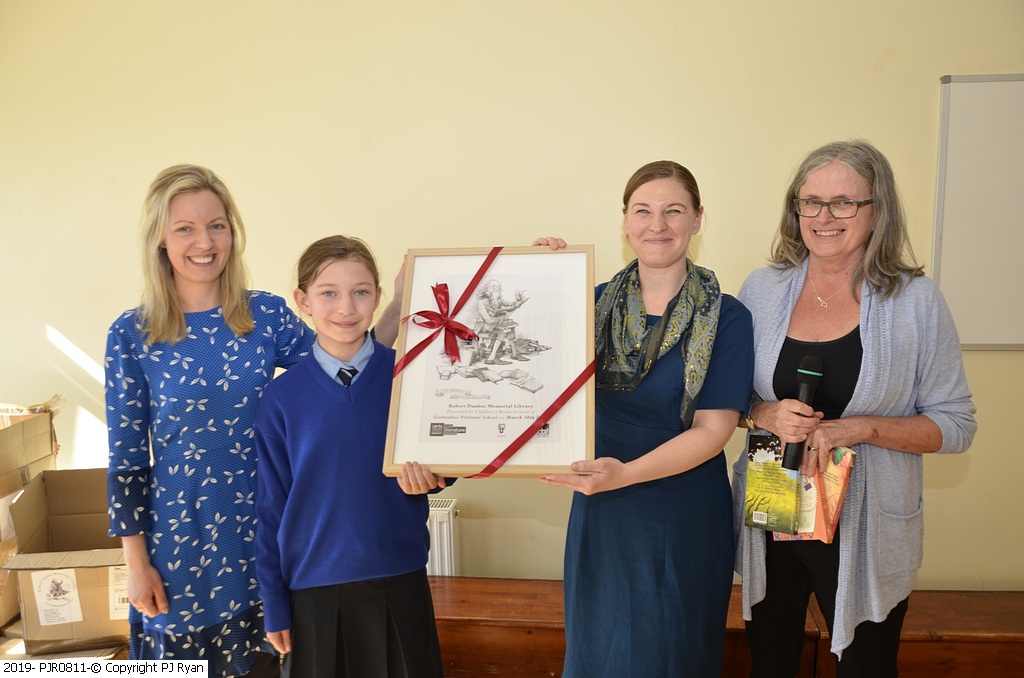 Along with a vast new library of box fresh books, Gortnahoe also welcomed their newly appointed ‘Patron of Reading’, children’s author Paula Leydon, who unveiled her exciting plans for the students for the year ahead.

“While I’m here in Gortnahoe I want to make a book with the help of all of you, your parents and teachers,” she told her captivated audience as several pupils nearly jumped up from their seats in excitement when Paula asked was there many aspiring writers in the room.

Paula also added some of her own books, including the award winning The Butterfly Heart, to the growing stack of novels on a nearby table causing it to creak under the sheer weight.

“I am delighted that Gortnahoe National School has been selected as one of the winners of this wonderful tribute to the inimitable Robert Dunbar. I hope my presence there will add to the wonderful work already being done in the school by a young and enthusiastic group of teachers. I know that this award will make a difference to their lives, and I feel lucky to be a part of that,” she added.

The memorial fund is named in honour of the late editor and teacher Robert Dunbar who championed children’s literature as a former patron of Children’s Books Ireland. Throughout his career as a secondary school teacher, he was instrumental in the establishment and running of school libraries, and later, as a lecturer in and commentator on children’s literature.

Since the fund began in 2017, the CBI have received some 400 applications from schools and teachers and this year a total of four schools were awarded a bursary worth a collective €40,000 for new libraries. Gortnahoe NS was the only school in Munster selected to receive the award.

Although word reached Gortnahoe that they were successful in their application last December, the announcement was officially made on World Book Day.

“Getting that call was one of the best things to happen during my time here,” explained deputy principal Ciara Lanigan who masterminded the school’s application, and says she has a whole host of plans for the development of a dedicated library space at the school.

“This is only the start. I want to create murals on the walls of our library and make sure every child in Gortnahoe leaves the school with a love of reading,” she enthused. 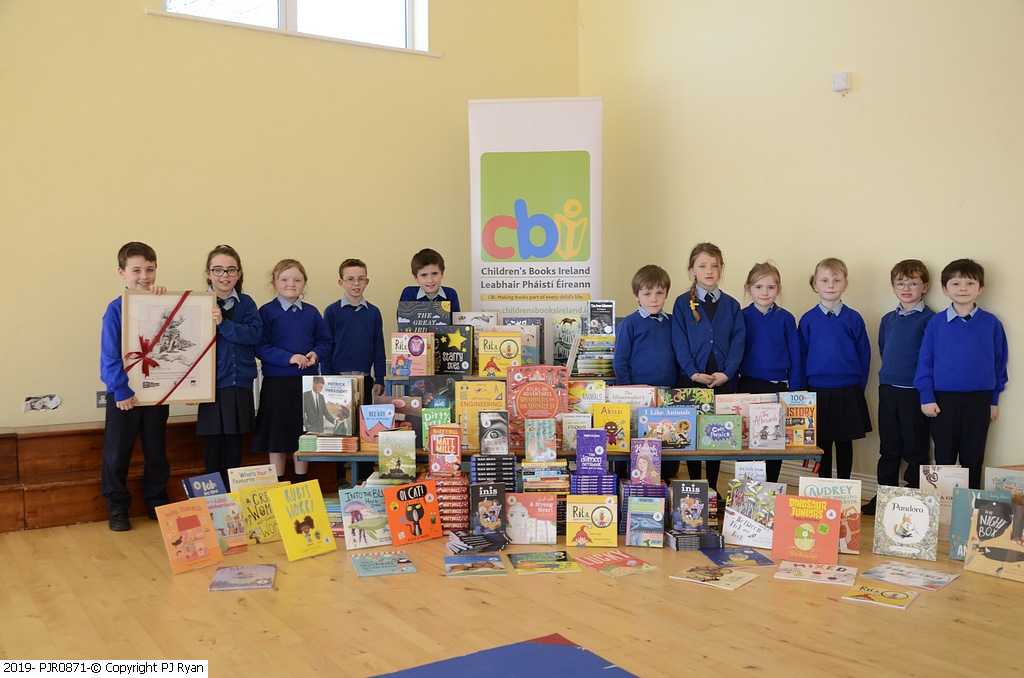 Principal David O’Dwyer also paid tribute to the school’s hardworking staff, including retired teacher Therese Meehan who helped to lay the foundations for the schools library during her tenure in Gortnahoe.

As pupils surveyed the stack of titles that lay in front of them, a few frontrunners for top reading choice became apparent with fourth class students Aoife and Sarah both diving for a brightly illustrated green cover.

“We can’t wait to get stuck in,” they said both plumping for the colourful children’s title The Powers by Kevin Stevens.