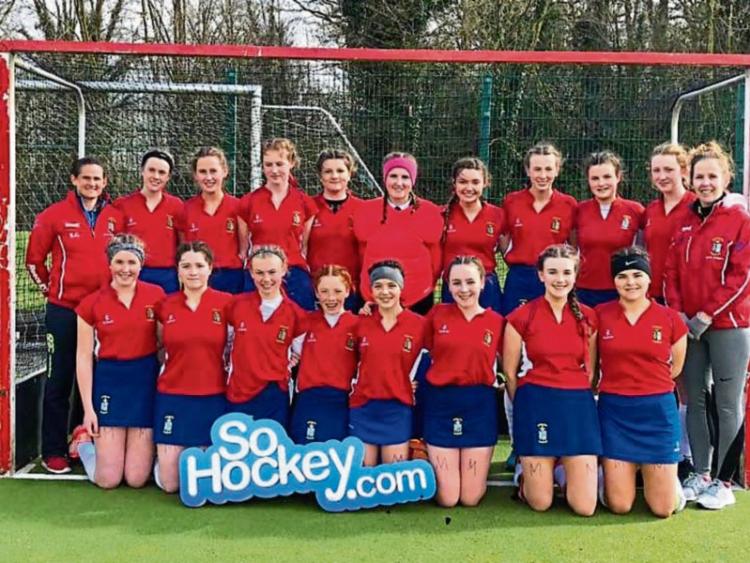 The Ursuline hockey team were crowned Munster A Junior champions following a nail biting final against Mount Mercy in Rockwell on Wednesday, 3 April.

The girls played with a lion’s heart bagging victory in sudden death shuttles. They kept their cool right to the end and never took their eyes off the prize.

UCT started the stronger team in the final with the majority of the play. However, after fifteen minutes Mount Mercy went on the attack.

Their forward pounced on a rebound in front of goal and crashed the ball into the net. Despite this setback UCT didn’t let their heads drop and continued to apply pressure on Mount Mercy in all areas of the pitch.

They managed to finish as the stronger team at the end of the first half.

Brilliant win for Junior As - the new Munster Champions. They beat Mount Mercy today in a Cup match that went down to the wire with the UCT snaring the title on shuttles.....Well done to the team and coaches #ursulinethurles pic.twitter.com/raXySl1rOl

UCT continued to find the gaps in the Mount Mercy press from brilliant out letting by Andrea Halley in the second half, with another counter attack from Andrea to Kate Ryan who played the ball down the line to a speedy Emma O’Meara.

Emma did not waste this golden opportunity and struck the post with a rocket of a shot. UCT were now firmly on top and were duly rewarded for their efforts with an equaliser that was deflected in by Alex Halley.

Fifteen minutes later an excellent Emma O’Meara run up the right wing only for it to be disallowed due to a back stick.

Despite this disappointment at a crucial moment in the game UCT kept plugging away with great positional play and linking by the Mids Lucy, Aoife and Kate Ryan.

Within three minutes they had equalised after winning the ball from a hit out.

Every single player on the team worked tirelessly to ensure Mount Mercy had no space to play and all attacks were cancelled out with sheer hard work and effort.

Huge credit must go to the UCT defence, Ellen Hourigan, Kate McGrath and Rachel Quinlan, who stood firm right to the end when Mount Mercy mightily tried to pushed for the winner.

The Ursuline goalie Annabelle Ryan made a superb point blank save in the dying moments to ensure a draw on the scoreboard.

It was 3-3 after round one of shuttles with Alex, Kate and Ellen scoring for UCT with Annabelle making some great saves in goal to keep us in it.

Round two was sudden death, Alison Ryan scored her shuttle to put the pressure on Mount Mercy.

The UCT girls thrilled to be taking the title of Junior A Munster Champions 2019.