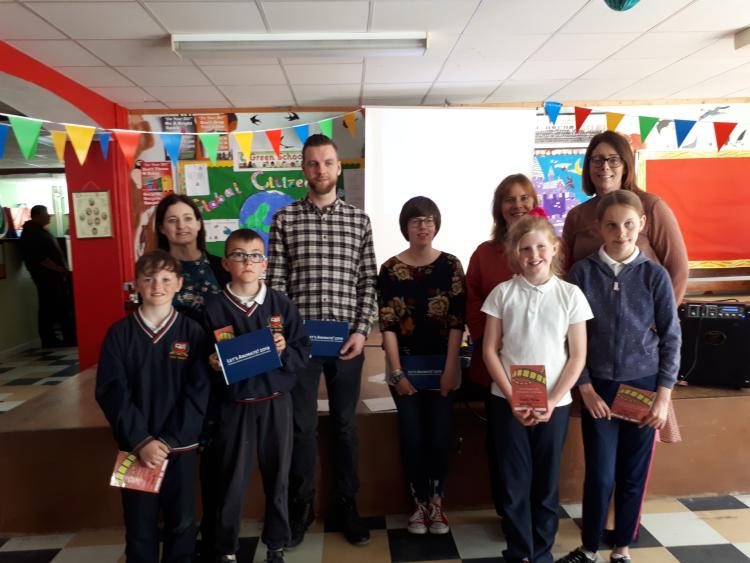 The red carpet was officially rolled out at St. Mary's Central National School Killenaule last Thursday for the school's first ever movie premiere featuring over 30 original short films created, scripted and edited by the pupils.

In 2018, 150 schools across the country were chosen to participate in the pilot phase of the Creative Schools Programme, seven of which were located in Tipperary.

Among the lucky few were St Marys Central who relished the opportunity of working with two artists in residence, Michael Byrne and Sadbhb O Flynn, to create a series of stop motion animations. Stop motion animation is often a painstaking process as clay figures have to be captured one frame at time, then rapidly edited together to create the illusion of movement.

Over several weeks students from junior infants, right up to sixth class, spent hours carefully crafting out story board ideas, creating clay models to act out stop motion scenes and most importantly, rewriting their scripts to get as much action as possible into their short films.

Once all the planning and prep work was carefully taken care of, it was time for the fun part to begin. Students got into character and superbly acted out their scripts, many performances worthy of an Oscar or Emmy nod.

When it came to showcase their finished projects, the red carpet was dutifully rolled out at Killenaule NS as parents, grandparents, aunts and uncles happily piled into the school hall for the premiere to begin.

More than thirty finished animations were screened for the appreciative audience, many clips earning hearty laughs from the crowd for their originality.

Indeed one such movie featuring an assembled cast of Liam Sheedy, Seamus Callanan and Usain Bolt competing in a tight knit race earned whoops of delight from the crowd.

“Straight away I was impressed by their enthusiasm and they came up with great ideas from the get go. I was surprised how quickly they got to grips with the different processes,” said former Limerick School of Art and Design graduate Michael Byrne.

During the project, Michael taught clay model making workshops and helped students to shoot and edit, bringing their films to the big screen.

“I pulled together the intros and outro's but full credit goes to the students,” he added.

Creative Schools is a flagship initiative of the Creative Ireland Programme to enable the creative potential of every child. The programme is led by the Arts Council in partnership with the Department of Education and the Department of Culture, Heritage and the Gaeltacht.

“These projects foster a great sense of creativity among the students. Across the board you get the children working on problem solving and critical thinking . As we move into the 21st century, these are the skills that students need to be learning because it helps to make them adaptable for future jobs,” explains St. Mary's Central principal Cliodhna Breen.