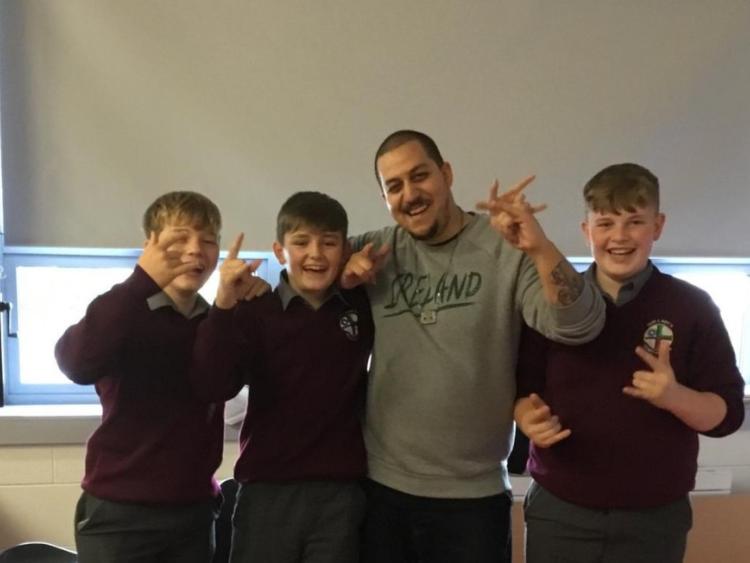 Richie Rapanoia, also known as Acid T, on a visit to Our Lady's

On Wednesday, September 25, German students in Our Lady’s Templemore were very fortunate to have Richie Rapanoia, also known as ‘Acid T’ visit them.

Richie comes from Luzern in Switzerland and for four years he has been hailed the number one Swiss freestyle rapper of the year.

Richie not only met with all first and second year German students, but he showed them a rap battle and even rapped a few songs in German from his new album.

Richie has performed as an introductory act for many famous American rappers.