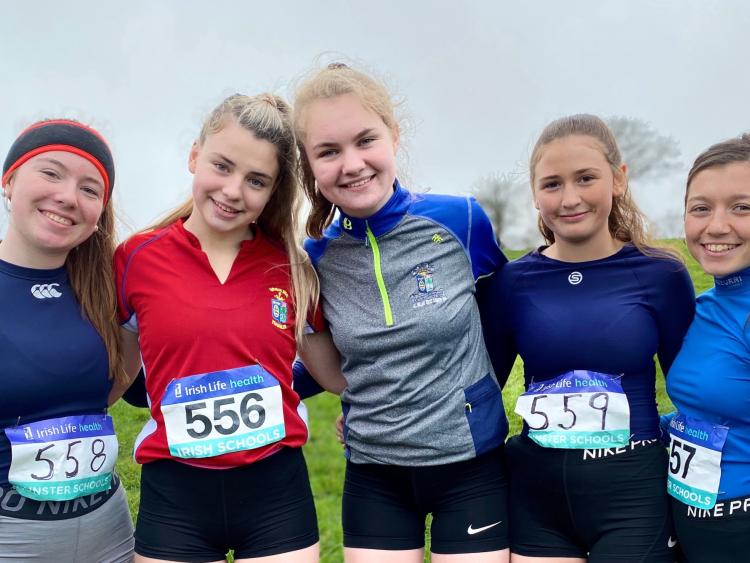 The Ursuline had three teams competing in the East-Munster Schools Cross-Country on Friday, January 31 in WIT.

First out were the Minors who ran in a very competitive field of fourteen teams. They were led home by Niamh Hayes, who was ably supported by Ruth Schofield, Naoise Quinliven, Aisling O’Loughlin, Lilly O’Reilly and Emma Ely. The girls won bronze medals.

The second team up was the Juniors, captained by Kate Ferncombe. Kate had a great race over the 2000m course and led all the way around just to be pipped on the line for first place.

Orla Ryan finished just behind her in third place. UCT had three other girls in the top twenty with Paula Quirke in seventh place, Aoibhinn Fogarty in eight place and Grace Fitzpatrick Ryan in nineteenth place out of a field of 60 runners. The Juniors won gold team medals for their excellent finishing.

The last race of the day saw the Intermediate team, led by Robbyn Fanning and closely followed by Orllaith Ryan, Jade Carroll, Chloe Byrne and Rachel Ryan, finish in the top four teams to qualify for the Munster Finals, to held  in Clarecastle on Thursday, February 13.

Well done to all Minor, Junior and Intermediate competitors on great individual performances and team races.