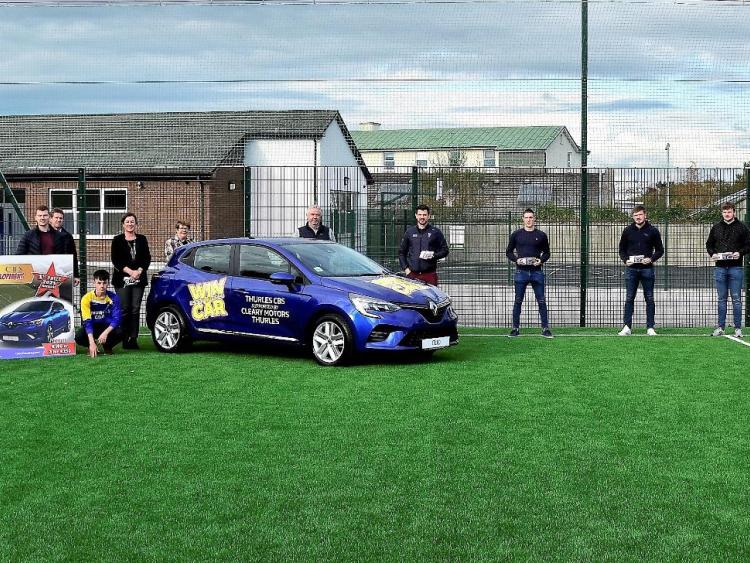 Thurles CBS are running a major fundraiser over the next few months.

The school will hold a draw for a brand new 2021 Renault Clio car in association with Cleary’s Main Renault Dealer in Thurles.
Tickets are €100 each or three for €250. Any student in school that wishes to support the draw can pay on a weekly basis over 10 weeks.

The draw will take place in early January. There are numerous other prizes for the raffle. Tickets can be bought through sellers, the school or online.

Among the other prizes on offer include a weekend away in Fitzgerald’s Woodlands House Hotel in Adare, a 55” Smart TV, dinner for four people in Mitchell House and 4 Green Fees for Trump International Golf Course in Doonbeg.

“Our thanks to Pat Cleary for supporting us in our fundraiser. There are numerous other quality prizes as well. We will be looking for people to support this initiative over the next few months,” said a school spokesperson.

“In the current climate we imagine online sales will be easier for a number of people and we hope that supporters of Thurles CBS will put their shoulder to the wheel to continue our aim to constantly develop and improve the school.”

The school wishes to thank everyone from the school community that were present for the socially distanced launch. Numerous sports were represented with club, county, national champions on show including Daniel Ryan and Sean Mockler who won numerous national titles with the school in athletics and basketball, Tony Galvan and Urban Nolan who played in our first soccer title in the South East League and Padraig Maher and Michael Cahill who have won numerous hurling titles at all levels.

“Please help support us in our drive to pay off the last part of this major development that will serve the locality for any years to come. We appreciate it is a very difficult time to ask people for money but sport is more important than ever in this current time to help deal with high levels of stress and anxiety,” added the spokesperson.