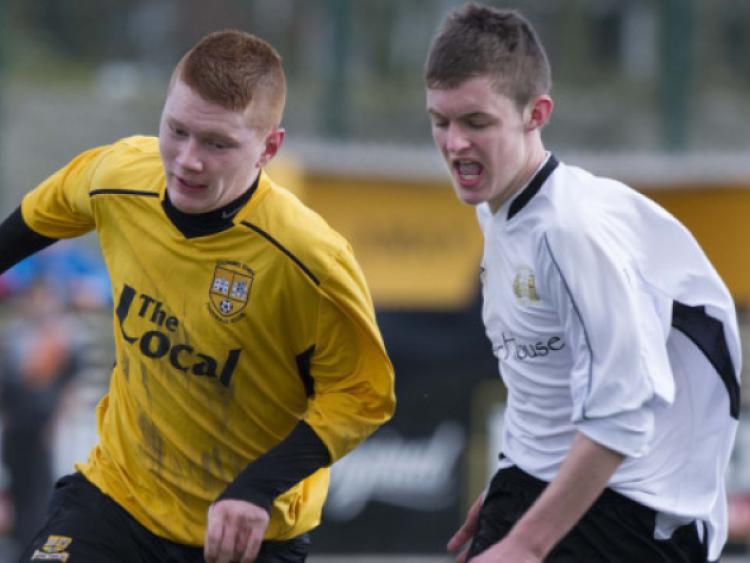 For a meaningless game in which Clonmel Town would be presented with the Tony Cusse Cup (Youth League championship) after the match, it was credit to both teams who served up an exciting game of football.

Cahir Park, who have that mouth-watering FAI Youth Cup quarter-final in Cahir this coming Saturday needed their confidence restored and got the right tonic as they stunned Town after just 5 minutes when an amazing direct free-kick from Gerard Cronin from all of 35 yards that proved unstoppable.

Town, who had a call for penalty waved away got back into the game, but could not break down a well marshalled Cahir defence.

The second half started with Clonmel Town again being more dominant, but they were caught against the run of play and following a bad defensive mix up that allowed Barry Cooney in to score and make it 2-0. All credit to Clonmel Town as they fought back again and on 75 minutes, Ashley Laslett headed home from a corner-kick to make it an exciting finish. Clonmel Town had another penalty appeal waved away, but it was a defiant Cahir Park that held out for a 2-1 morale boosting victory.

Luke Trimble captain of Clonmel Town, presented with the TSDL Youth League trophy – that was this season kindly sponsored by John Quirke Jewellers of Cahir - after the game and thanked his team, management team, and club for all their hard work all year, well done to all involved.