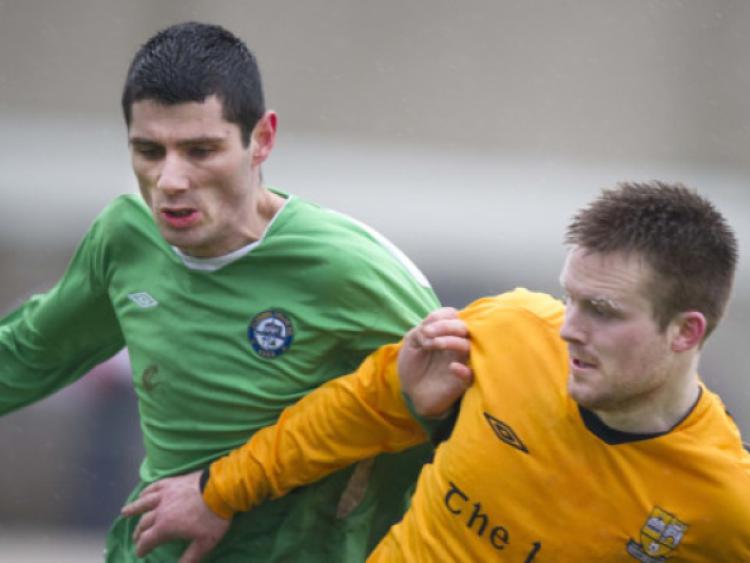 Clonmel Town, needing a win to go top, started brightly and a Tony Scully direct free-kick was pushed away by former custodian Richie Ryan. Dwayne Burns for a Clonmel Celtic side chasing their very first Premier League title, had the first real chance of the match in the fifteenth minute, but pulled his shot wide from close range.

Both sides were playing good attacking football and Town were unlucky in the 26th minute when a powerful Levi Whelan direct free-kick was gathered at the second attempt by Richie Ryan. Two minutes later, Ryan saved bravely at the feet on Shane Flynn to avert a certain goal.  In the 32nd minute, Celtic had their best chance of the game, when following a good passing move Evan Maguire had a close range effort brilliantly saved by Evan Comerford. Celtic had the majority of the possession for the remainder of the half but failed to create a clear-cut opportunity against a well-organised Town defence.

Clonmel Town opened the second half brightly. In the 50th minute, David McGrath raced through but shot straight at the keeper from a Paul Shanahan knock-on. Two minutes later Town net-minder Evan Comerford tipped over a Seanie O’Hara effort as Celtic looked for a victory that would extend their lead. Town pushed on for a winner and David McGrath again went close in the 80th minute.  Despite Town’s pressure over the final ten minutes, they too could not force the winner that would have put them a step closer to winning their 17th title.

The Premier League remains alive and a ‘three horse’ race that is going to go all the way to the wire.

Pacesetter Clonmel Celtic on 30 points are undefeated, and have games away to Old Bridge and at home to St. Michael’s to come.

Second place Clonmel Town on 28 points are also undefeated and have games at home to St. Michael’s and away to Wilderness Rovers.

Third place St. Michael’s on 23 points have games at home to Wilderness Rovers, and away to Clonmel Celtic, Clonmel Town, and Cashel Town.