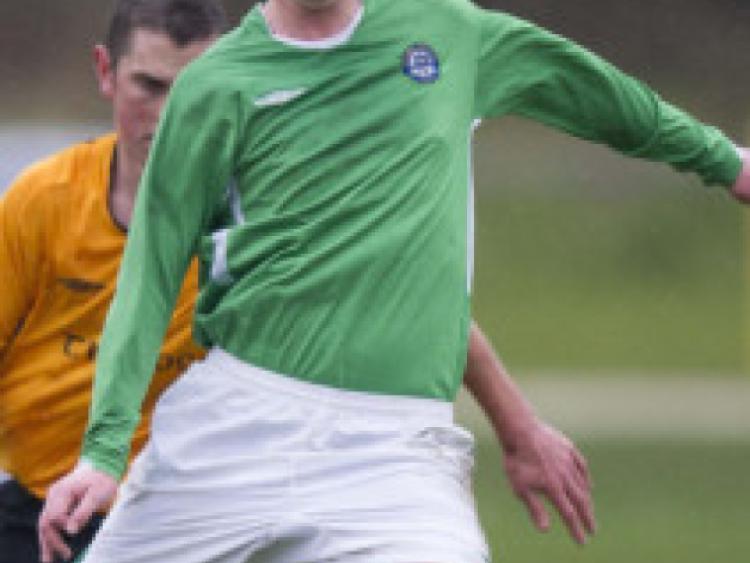 With no disrespect to Peake Villa and Wilderness Rovers, most attention will be focussed on the clash at Cooke Park between St. Michaels and Clonmel Celtic.

Over the past few seasons St.Michaels have been the top team in the TSDL but that mantle has been well and truly taken over by Clonmel Celtic this season. They are on course for a unique treble of league, cup and the big one, Munster Junior Cup Final against Pike Rovers (Limerick), which goes ahead at Cooke Park on week-end of 11th May.

Saints and Celtic have met twice so far this season, the league encounter ending in a 2-2 draw while in the F.A.I. Junior Cup Celtic shaded it by 3-2. Both will be out to prove who are the real kingpins here. Celtic have blended into an excellent team and on current form will be hard to beat. At full strength they would be favourites to win but is there a danger the long season will take its toll. It is so important to avoid injuries now and in recent games some players have shown their fitness could be a problem as nagging knocks are aggravated. Already they have lost Evan Maguire and he will be a big loss for the vital games ahead. It is a similar situation for St.Michaels. Plagued by injuries all season which has seen them fail to maintain their high standard, they now have to do without Paul Breen and Jimmy Carr, two massive losses. Saints are determined to show the pundits they should not be written off yet and remember they are going for three in a row. Should be quite a game which goes to extra time and penalties if necessary.

The other semi-final pairs Peake Villa and Wilderness Rovers at the Tower Field Thurles. Peake got off to a bad start this season and early exits from national and provincial cups threatened to undermine their season. Gradually they have got their act together and nurtured the team with plenty of youth. They have an excellent underage policy in the club and expect them to quickly get their act together. While the tendency in the TSDL is to focus on the Clonmels’ and St.Michaels, Peake Villa usually do not attract the same attention and tend to slip under the radar. Rule them out of the Tipperary Cup at your peril. They will be favourites to overcome Wilderness Rovers. Wildies unfortunately haven’t enjoyed the best of seasons and are already relegated. Nevertheless they were never disgraced in any of their outings and held their own against their higher profile rivals. They have nothing to lose here and will give it a good shot. As in all cup games it goes to extra time and penalties if necessary.