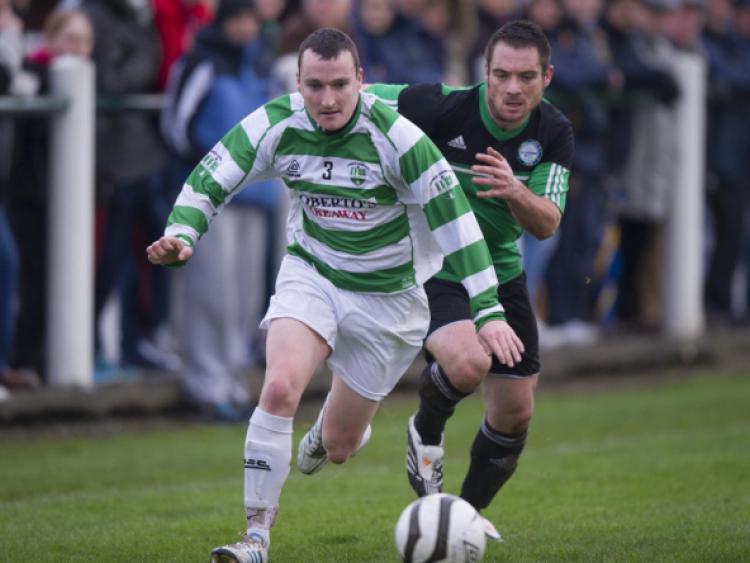 Burncourt picked up their first league points on the road of this season with a very good win against a tough Ballyneale outfit on Sunday. A brace of goals in the first half hour by Alan O Donoghue gave them a comfortable lead, but this was reduced just before half time by a reply from Ballyneale’s Enda Fogarty. The second half was end to end, and Johnny Mc Mahon looked like he had sealed the points for Celtic on sixty five minutes. However a late goal from Jamie Kennedy did give the home side some hope, and they nearly snatched a point when Robbie O Brien hit the crossbar in the final moments. However, Burncourt took all three points to push themselves out of the relegation spots.

Cashel came out on top in this seven goal thriller to revive faint hopes of a late promotion push this season. They took the lead early through a brilliant strike by Michael Mackey, only to be pulled back shortly afterwards when Kevin Murray hit an equaliser. Just on half time, Alan O Brien restored the home sides lead, but after the break Murray equalised again to bring it to two all. The game ebbed and flowed up and down the pitch, and with twenty minutes left, O Brien got his second to put his team back in front, but they looked like throwing it all away a quarter of an hour before the finish when they had a player sent to the line for deliberate handball, and Darren Hannigan converted the resultant penalty for Rovers. Unbowed though, Cashel showed great character, and with ten minutes left, Mackey buried a second with his head to give the home side all three points.