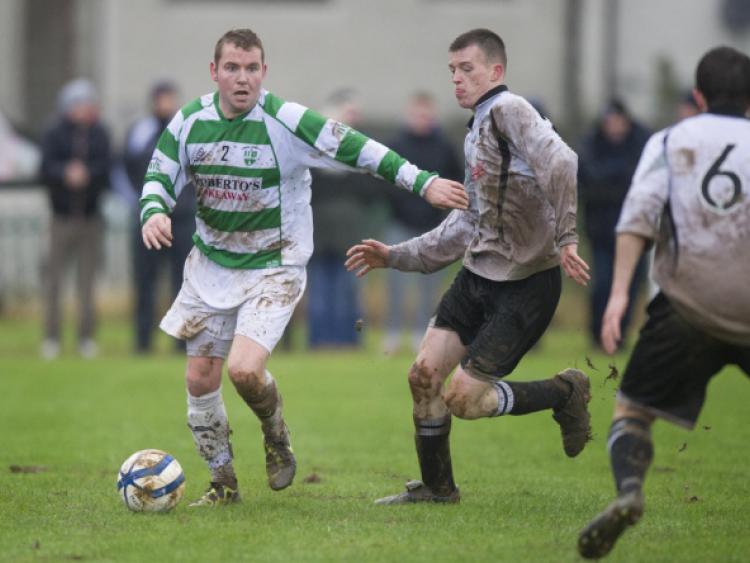 Wilderness Rovers’ fairy-tale run in this year’s FAI Junior Cup ended in heartbreak before a large crowd on a very wet afternoon in Clonmel last Sunday.

Wilderness Rovers’ fairy-tale run in this year’s FAI Junior Cup ended in heartbreak before a large crowd on a very wet afternoon in Clonmel last Sunday.

Up against a team with the form and pedigree of United, this was always going to be a big ask of the First Division club, but they held their own in the early stages fashioning out a couple of half chances without ever really testing the travelling keeper.

And, like all good teams, the visitors waited for Rovers to over reach and hit them on the counter, breaking quickly from defence, before a neat cut back from the Rovers by line was walloped to the net by Anthony Power from twenty five yards out.

This knocked the stuffing out of the home team, and smelling blood, United attacked at will, being kept out only by a combination of poor finishing and excellent defending by the home team. This was enough to carry Rovers to the break only a goal down, and after regrouping they came back out in the second half full of spirit again.

They were well in the game, and pushing for an equaliser, until more wretched luck just after the hour mark conspired to put them a second goal down courtesy of a very unluckily deflected own goal which left the Wilderness keeper with no chance of saving.

Carrick delivered the knockout blow three minutes later, when Anthony Fitzgerald headed home their third to send them into the last sixteen of this prestigious competition.

Beaten but unbowed, Wilderness will get back next weekend to trying to secure promotion back to the top tier of TSDL football, and if the form they displayed to get so far in this competition is repeated between now and the end of the season, then they will have happier days to look forward to in the future.