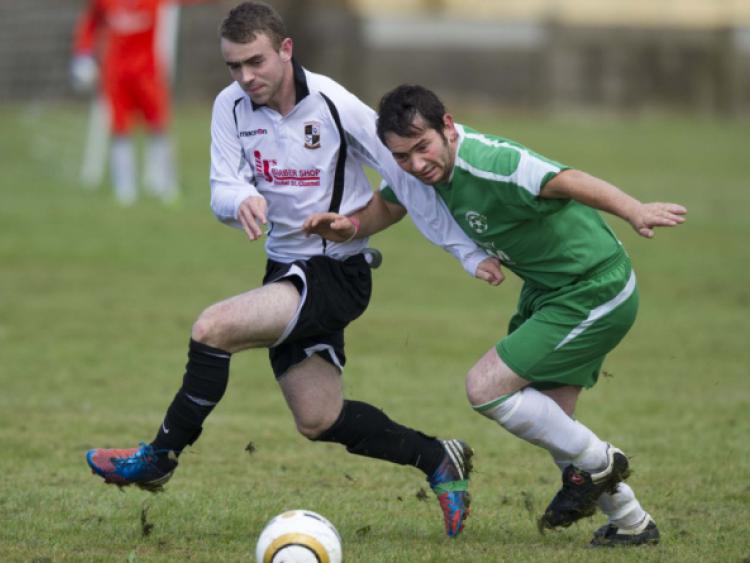 This was a great game of football played by two teams in a hard but very manner on Sunday afternoon last.

Cullen were sharper out of the blocks scoring from a free kick after only two minutes through John Russell, but Borris’ Philip Grace had them on terms only four minutes later.

The away team regained the lead after a quarter of an hour, but once again Grace levelled for the home side fifteen minutes later.

Two apiece at the break both sides endeavoured to attack in the second period and for the third time on the day Cullen took the lead after fifty eight minutes scoring from a penalty kick. Not to be outdone though, Martin Darmody scored from a penalty kick of his own with five minutes left on the clock and both teams went home with a deserved point.

Galbally took the points here in a game played in terrible conditions, which never got going until the final twenty minutes.

There was really nothing of note in the first half, and both sides went to the tea break level at nil all.

This was how it stayed until the 70th minute when finally Quinn Perry broke the deadlock shooting home from inside the area to put the home side ahead.

This started a flurry of action, and within seven minutes St Nicholas has equalised through an Owen Riordan goal. With five minutes left on the referees watch, Galbally retook the lead as Perry again took advantage of a goal mouth scramble and they secured all three points when a Patsy O Donnell shot was deflected into his own net by a St Nicholas defender.