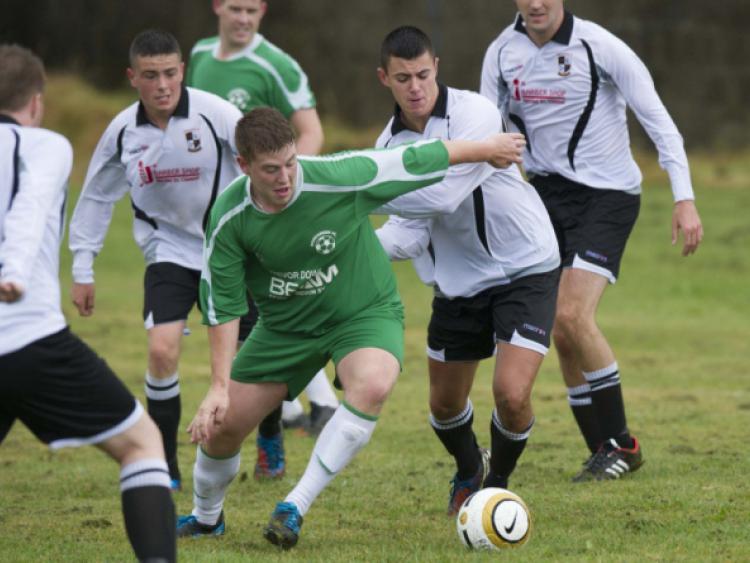 Vee Rovers started quicker and on five minutes got an early reward when a throw in found Ronan Dwyer unmarked in the box and hit a low half volley into the net. Vee continued to dominate and put pressure on the Celtic goal but couldn’t find a way past Alan Carter.

From midway in the half Burncourt started to get on the ball a bit more and created some half chances with Pa Ryan and Christopher English unlucky not to get in on goal.

On 38 minutes Celtic got hit with a sucker punch when on the counter Sean Flynn hit what all perceived to be a cross which evaded everyone and crept in at the far post giving the away side a comfortable half time lead. The second half half was a stale affair with Vee Rovers keeping the upper hand and restricting Burncourt to shots from distance. With ten minutes left however, the game was put beyond doubt when Kevin Murray out muscled the Celtic defender to head home 3-0

The home side continued the wretched start to the season for the club’s junior teams when going down to the odd goal in five at home on Sunday. They were two down before they got going at all as Shane O’Neill and Seanie Curran scored for Kierans. Goals from Chilly Fitzelle and Mick Mackey either side of half time looked like securing a point, but a winner twenty minutes from the end sent the away side home with another three points in the bag.

Donohill and District 4 Clonmel Celtic B 3

For Donohill this was the Joe Shanahan show as the ace striker netted all four of his team’s goals. He struck first just before half time, but Celtic equalised five minutes into the second period. Three goals in ten minutes for Shanahan looked to have secured three easy points but late goals by Paul Fitzgerald and Andrew Laste did give Donohill a scare before they took the victory.

Ballyneale were always the better team in this tie but still went behind after half an hour from a breakaway goal by Alan Campbell. They equalised on the stroke of half time with a goal by Michael Griffen and then missed many good chances before finally securing the points when Robbie O’Brien netted with five minutes to go.