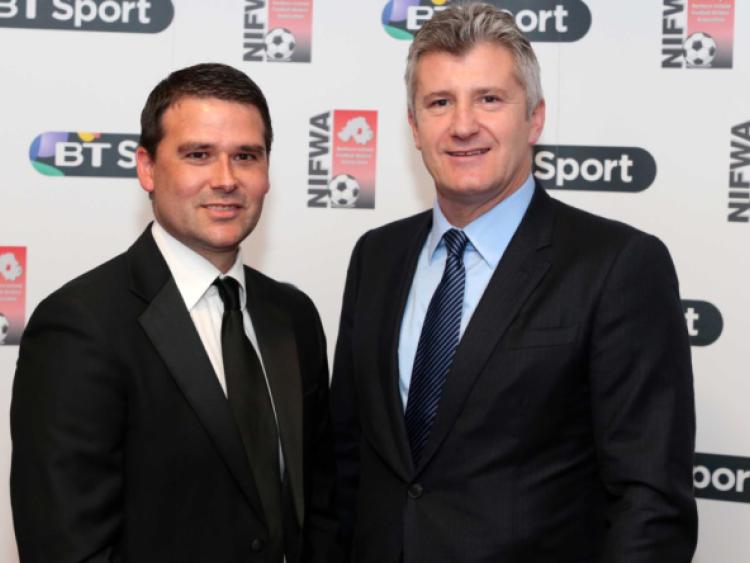 Healy – who scored a record 36 goals in 95 appearances for his country – was presented with his award by former Croatia striker Davor Suker and Claire Brodie, grand-daughter of the late, great Dr Brodie MBE, former president of the Association.

Suker would go on to feature in those Finals in England, but despite breaking the record Healy and Northern Ireland missed out on Austria and Switzerland.

Healy became the darling of the Green and White Army for his predatory displays in front of goal.

It wasn’t long before he eclipsed Colin Clarke’s record of 13 international goals, with the talisman going on to add another 23 before calling time on his career last year.

Healy – who is Northern Ireland’s most capped outfield player – becomes the youngest ever inductee into the Association’s Hall of Fame at the age of 34.

There was also a special presentation made to former Northern Ireland striker Peter McParland last night.

McParland was presented with a belated commemorative cap to honour his five goals in the 1958 World Cup Finals in Sweden.