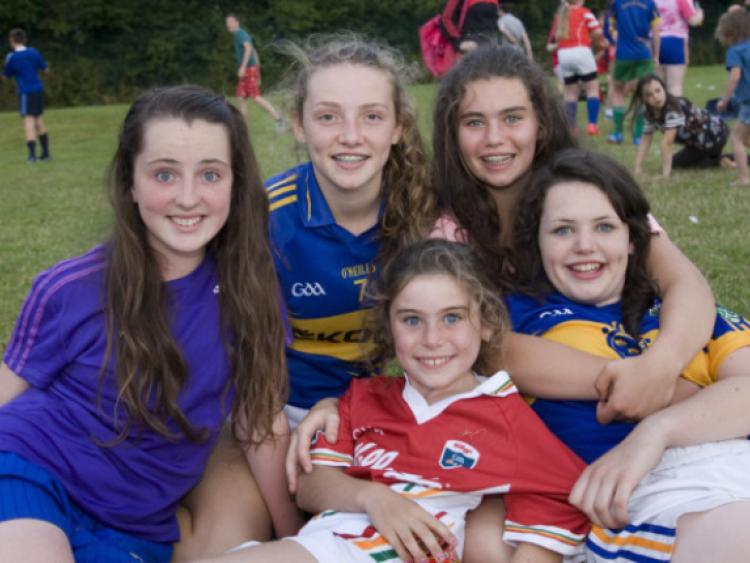 Last Friday night saw the culmination of the Cashel Town Schoolboys and Girls Annual Mini World Cup tournament, with 11 finals taking place in front of hundreds of players, and supporters.

Last Friday night saw the culmination of the Cashel Town Schoolboys and Girls Annual Mini World Cup tournament, with 11 finals taking place in front of hundreds of players, and supporters.

This year’s tournament was the biggest and best yet, with over 250 players togged out. The addition of Shield, Plate and Bowl finals meant that every player had games on every single night, and all had a final to look forward to on the last night. On the night of the finals, it was the Barcelona team who emerged the overall victors in the U8 section, with a tense one goal victory over a very brave Valencia side, with the winning Shield presented to Captain Oisin O’Donoghue in front of a large crowd of family and friends.

Oisin also won the boys player of the tournament prize, with Valencia’s Grace Flanagan making up in a small way for the loss of the final by capping a great fortnight of games and winning the girls player of the tournament award. The U10 section was won by Southampton and the winning trophy was presented to their captain Ger O’Dwyer who picked up the best boys player in this section also. The winning girl at U10 was Katie Sherlock, who added to her growing list of achievements on the pitch, and will be one to watch very closely over the next couple of years as her prowess grows.

The final game of the tournament was the U13 final and this was a battle between the Argentina and Colombia teams. Chances were at a premium throughout but the game was finally settled with a beautiful glancing header scored by Daragh Lacey midway through the second half of the game. The Colombia players tried hard to get back the deficit but in the end ran out of time. The winning Captain at this age group, was Brian Og O’Dwyer, the older brother of winning captain Ger from the U10 section, and like his brother, Brian was also named the player of the tournament. The other main prizes went to the top goalscorers, to Micheál Quinlan as boy’s top scorer, and ace schoolgirl striker Caitlin Beatty Green who won the girls section.