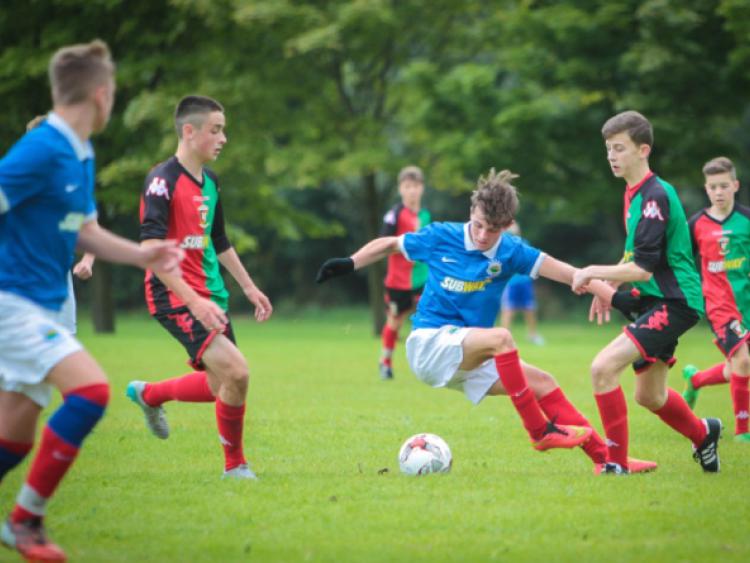 The competitions run from November to May across all affiliated youth leagues in Northern Ireland and this season Meadowbank Leisure Centre in Magherafelt will host the finals on Monday 2nd May 2016.

At the launch event in Belfast’s Ramada Plaza Hotel, O’Neill said how pleased he was to be supporting NIBFA and acknowledged the important role the local boys’ clubs teams have in developing Northern Ireland’s youth talent.

He also recognised the need for investment in youth and praised Subway, the food franchise, for their financial support for the cup competitions over the next three seasons.

NIBFA Chairman Gerry Ward said he hoped both youth players and coaches will draw inspiration from their efforts in reaching the UEFA EURO 2016 finals in France.

Ward also revealed that through their competitions NIBFA were able to make a donation of £5,000 to the Save the Children charity to support its work in the Nepal region following last year’s earthquake.

He further revealed NIBFA will continue to assist Save the Children in the coming season.

U105 presenter Johnny Hero was on hand to compere the evening and full details of the draw can be found on www.nibfa.org.