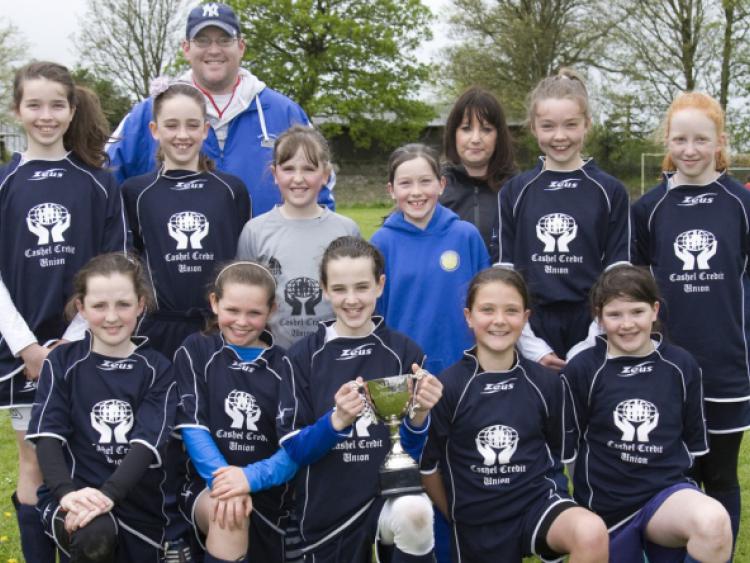 First day of the new season saw the girls travel to Thurles to take on league debutants Peake Villa.

First day of the new season saw the girls travel to Thurles to take on league debutants Peake Villa.

Peake had to wait less than a minute to score their first ever schoolgirls goal. Cashel settled and had a few chances but never really threatened the Villa goal until half way through the first period, when Leah Kavanagh beat three Villa defenders and shot across the goal, Aoibhe Gayson Molloy tapping in to the net.

After ten minutes of the second half Villa retook the lead. Cashel battled back with the goal of the game by Cashel’s newest recruit, Spanish student Maria Guzman. Cashel tried hard then to get a lead goal, but the Villa girls defended like demons to secure a deserved draw.

This was the Thurles girls first game and from what we saw, they are going to prove a handful to all the teams in what should be a very strong and very tight under 12 division this season. As we were the new kids on the block last season, we’d like to say we were delighted by the reception we got and that Peake Villa will be a very welcome addition to schoolgirls soccer in South Tipperary.