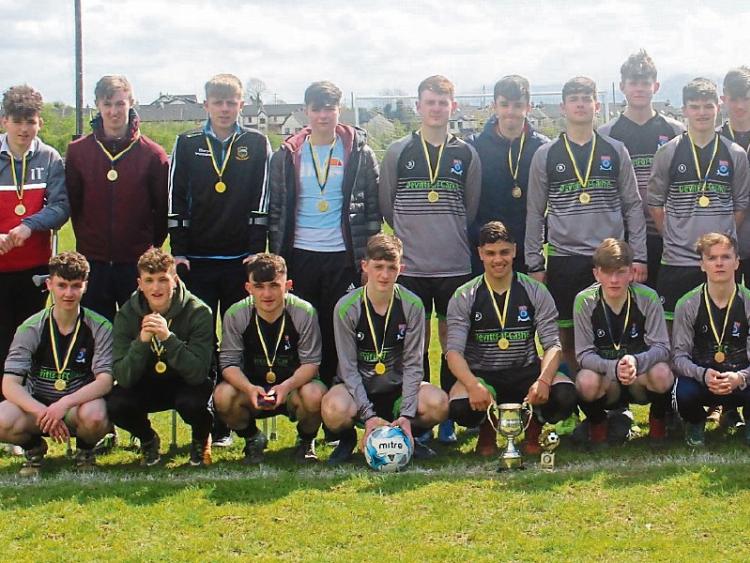 This is the tenth year of the competition played between four schools: Cashel CS, Cahir, Rockwell and Killenaule.

Cashel and Rockwell had earlier beaten Cahir and Killenaule respectively in the semi-finals.

The opening quarter of the game was extremely even with both teams failing to gain a stronghold on proceedings.

Gradually however, Cashel got on top and this dominance was eventually rewarded after 28 minutes when a shot from outside the box by captain Rodrigo Concalves deceived the Rockwell keeper Lorcan Cummins and went in off the post.

Rockwell tried hard to get back into the game and always looked dangerous from corners and free kicks, but Cashel remained on top and five minutes before halftime doubled their lead when a lovely through ball by Callum Meagher found Rodrigo Concalves one on one with the keeper and he finished calmly to the net.

The second half saw Rockwell make a great effort to get back into the game and the came close on a few occasions.

However after 65 minutes, Callum Meagher made it three nil to Cashel when he finished a Concalves free to the Rockwell net.

With 15 minutes to go Sef Giwa got a fourth for Cashel and that is how it finished giving Cashel their fourth victory in the competition.

Thanks are due to a lot of people who made this competition a resounding success yet again this year; to Cashel Town and Dicksie Currivan for the use of their excellent facilities, to Joe Ahern for sponsorship of the event and to the match officials John Walshe, Tommy Keating and John Lyons.

Finally to Tom Wood representing the Wood Family and for his presentation of medals on the day.

Here’s hoping that the competition flourishes and is well supported in the years to come.