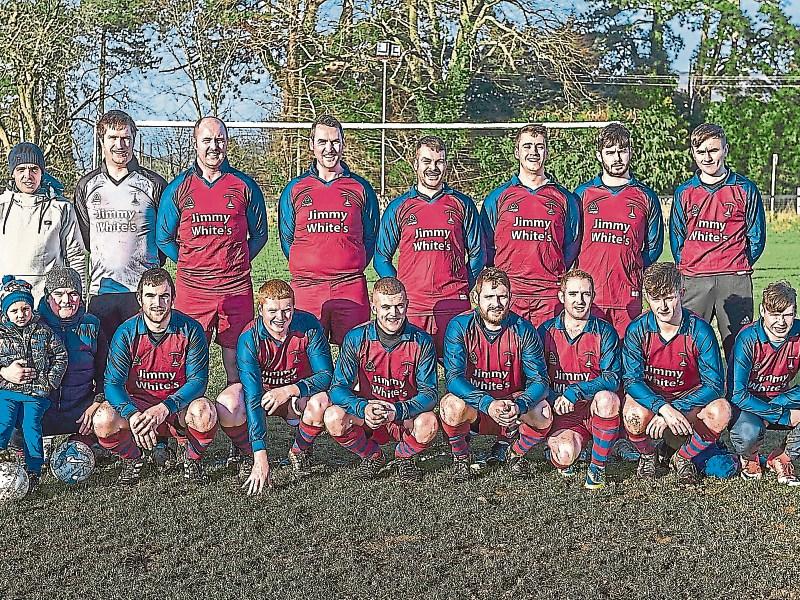 St Nicholas got their Third Division season off to a winning start when they took all three points against local rivals Bansha Celtic at Danny O’Dwyer Park in Solohead.

The home side were up for this game from the start and had a couple of half chances even before they opened the scoring in the eight minute when Chris Kirby picked out a brilliant pass to find Jack Downey who fired home from close range to put the ahead at the break.

Celtic came out a bit better in the second period and tried hard to find an  equaliser, but were thwarted by a fine defensive performance from the home side.

St Nicholas wrapped up the points  when Kirby got a goal of his own, ably assisted by Mick Flannery in the final minute of the game.

Clonmel Celtic’s seconds continued their unbeaten start to the season when they picked up their first win against a Moyglass United side who were opening their campaign on Sunday last.

The game was lively and the visitors opened the scoring in the 32nd minute when Shane Butler climbed highest at a corner to nod past the home keeper.

This was the only score in the first period and the visitors were quickest out of the blocks on the second half too when they doubled their lead five minutes in courtesy another Butler effort after the home side had a penalty appeal turned down and Celtic broke quickly in the confusion.

The home heads didn’t drop however and Jason Ryan pulled a goal back 18 minutes from time when he  slid the ball past the onrushing keeper.

But the visitors restored their two goal cushion six minutes from time when they robbed the home midfield and found Damon Gregory alone to get his sides third goal.

A late consolation by Jack Stapleton gave Moyglass  hope but they were unable to get that elusive equaliser and Celtic took the spoils.

There was a little bit of history made in this game when Kilsheelan United’s second picked up their first ever win in the TSDL, and when it came it was an emphatic one.

The home side started well but lost a player to injury early on. This didn’t disrupt their rhythm, and they continued to press before finally opening the scoring in the 13th minute when Ross Larkin clipped a ball over the  keeper after a long ball beat the Suirside defensive line.

Buoyed by this United warmed to their task and peppered their opponents goal before getting some reward when they doubled the lead five minutes before the break through a Simon O’Donnell rasper from the edge of the area.

Looking good now, the home side allowed Suirside some hope minutes into the second half when they allowed Alan Walsh to sneak in and pull a goal back, but they restored their two goal cushion just after the hour mark when Ciaran O’Halloran curled a sublime effort around the wall and into the net from a free kick.

Kilsheelan made it four from the penalty spot when Ross Larkin was pulled down and O’Halloran got his second. It was left to Aaron Kiely to apply the coup de grace when he fired a shot into the top corner in the final minutes  to great celebrations amongst his team mates and the watching crowd.