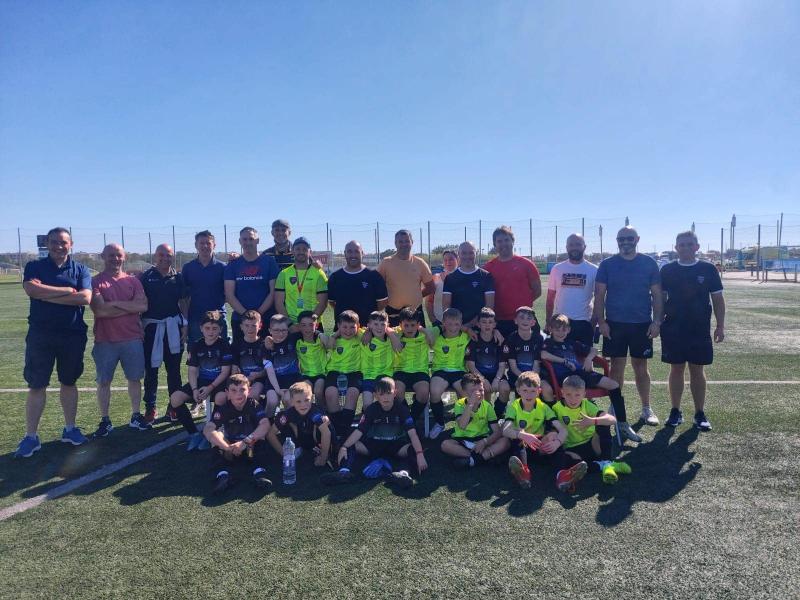 Two boys teams of Killavilla Utd enjoyed a once-in-a-lifetime trip to Barcelona’s world-famous Complex Esportiu Futbol Salou, a sports complex located one hour from Barcelona. It has four natural fields, seven artificial and one hybrid, in addition to a seven-a-side field.

The U11s boys landed in Barcelona on Friday morning to compete in the Barcelona Cup. Everyone at Killavilla Utd football club wished them the best of luck and most importantly, to enjoy every minute of it. “They will definitely be the best dressed there,” stated a club spokesperson.

“Our two teams finished off the tournament today with a great game between themselves. What an amazing weekend was had by everyone involved. Thanks so much to Barcelona Cup for having us.”

A massive well done to our U11s last weekend who played three games each on the Saturday, and played again on Sunday in a semi final. “These young lads gave everything,” added the spokesperson. “The club is very proud of all these kids and wish them well again in their semi final. Jake and Ashton are the captains of our two teams.”