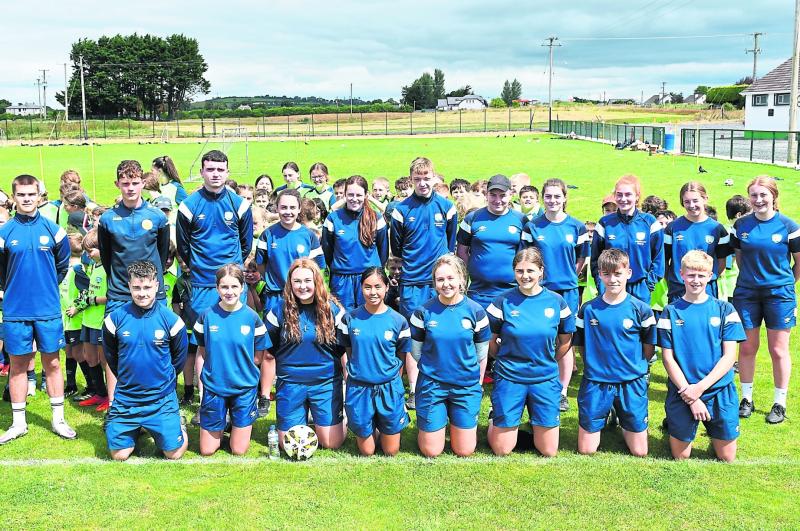 Our Senior Ladies travelled to Limerick to take on a fancied DC United where a win would guarantee home advantage for the League semi-final.

The girls took the lead through an Erin Bourke goal before Grace Cummins put Shona McBride through to double their lead.

A wonder strike from Paula Doran gave Harps a 3-0 lead at the break and looking good. But the Limerick girls were in no mood to lie down and struck twice to ensure a nervy finish.

Harps held tough however and remain unbeaten in the League. Next game is away to Vee Rovers. Our Senior men got their season underway with a shield game against Arra Rovers. They got off to a great start with Ben Stapleton double but Arra struck either side of the break to restore parity.

Another Arra goal saw them hit the front but Harps kept going and were desperately unlucky not to get an equaliser as they hit both post and crossbar. Overall it was an encouraging opening bout considering they were short a number of regulars. It was a busy week at Michael Fennell Park as 160 kids had five great days of fun in glorious weather.

A special word of thanks to everyone involved who made it a week to remember for all the youngsters.