Tipperary festivalgoers all set for DayTripper 2017 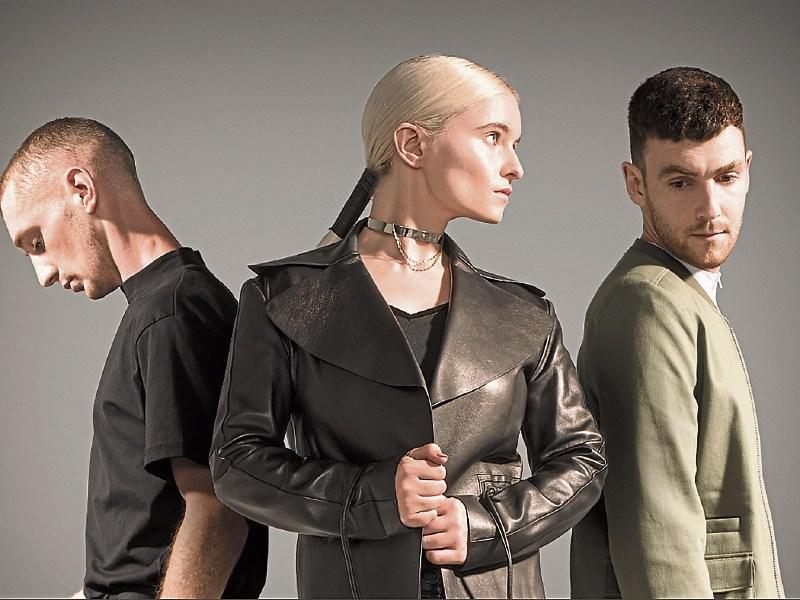 It could not have worked out any better as Waterford’s biggest music event returns for its fifth year a week before the county’s hurling squad and management team take on Galway in the All-Ireland final.

It’s the county’s best chance of bringing home the Liam McCarthy Cup in over 50 years and with the city buzzing like never before, you can imagine how good the atmosphere is going to be at The Gasworks on the Waterside for DayTripper 2017.

Advance tickets are still available at Daytripper.ie or You Choose in Michael Street and there will be a limited amount available each night at the venue box office.

Here’s a reminder of the brilliant line-up over the weekend ahead.

Clean Bandit have been wowing everyone with their live show at this summer’s biggest festivals including Glastonbury, V Festival and Ibiza Rocks. Their stage set and lights are going to look amazing at their only Irish appearance this year.

Jenny Greene has been playing to tens of thousands of people over the summer and is working on a special 60 minute DJ set to get everyone in party mode at DayTripper. 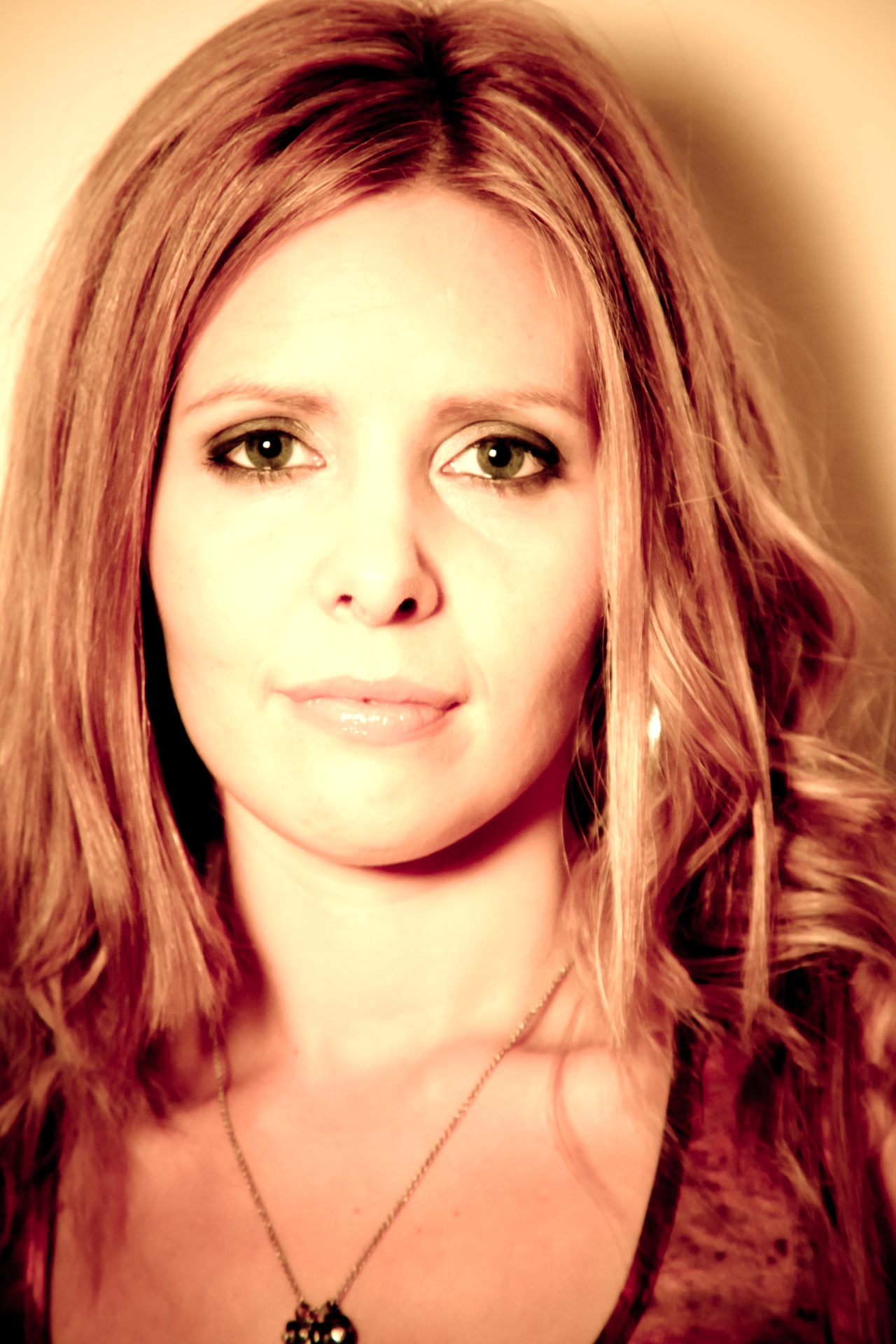 Smash Hits need no introduction and you all know how good they are going to be on the big stage at The Gasworks.

John Gibbons has made the summer anthem of 2017 with his re-work of Michael Jackson’s ‘P.Y.T.’ which has just hit 20 million plays on Spotify. Chasing Abbey have just signed a global record deal with Universal Music due to the success of debut single ‘That Good Thing’ and DJ Marshal has been playing to full houses all summer at his Project Waterford residency.

If you want to keep the party going after Clean Bandit come off stage at the Waterside, it’s only a short stroll up to the official after party at Project in The Apple Market with a headline set by John Gibbons supported by DJ Marshal and guests. Advance tickets for this can be bought at projectandshortts.ticketABC.com. 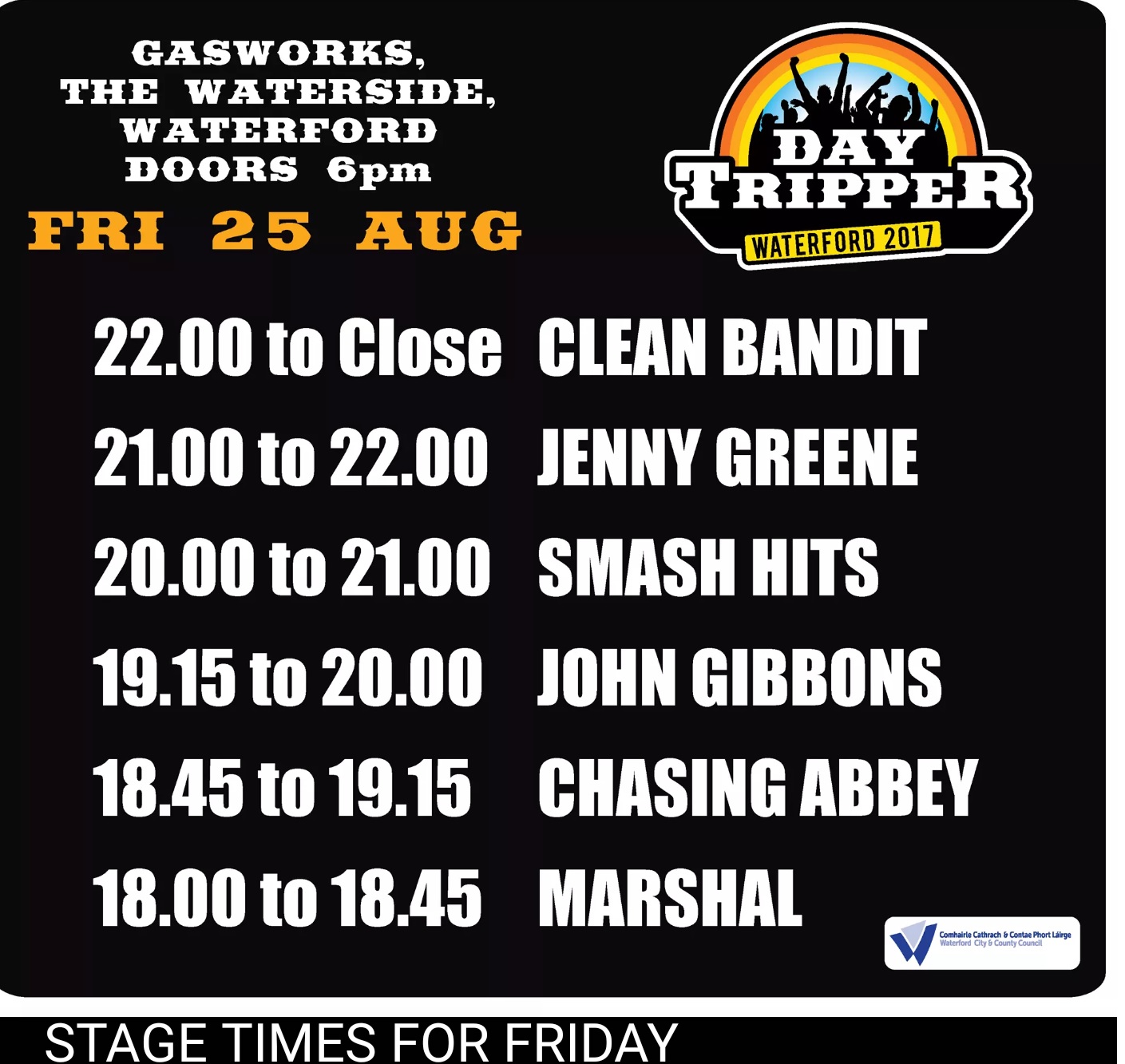 The party begins in The Apple Market at 3pm with a two hour set by Waterford ska legends Skazoo Allstars (aka Skunk) under the new roof. Then it’s all down to the Gasworks for the legendary UB40 (featuring Ali Campbell, Astro and Mickey) who have just completed a massive outdoor stadium tour of the UK and US over the last two months. They have been playing all their greatest hits and are looking forward to their return to Waterford after the fantastic reaction they got back in 2015. 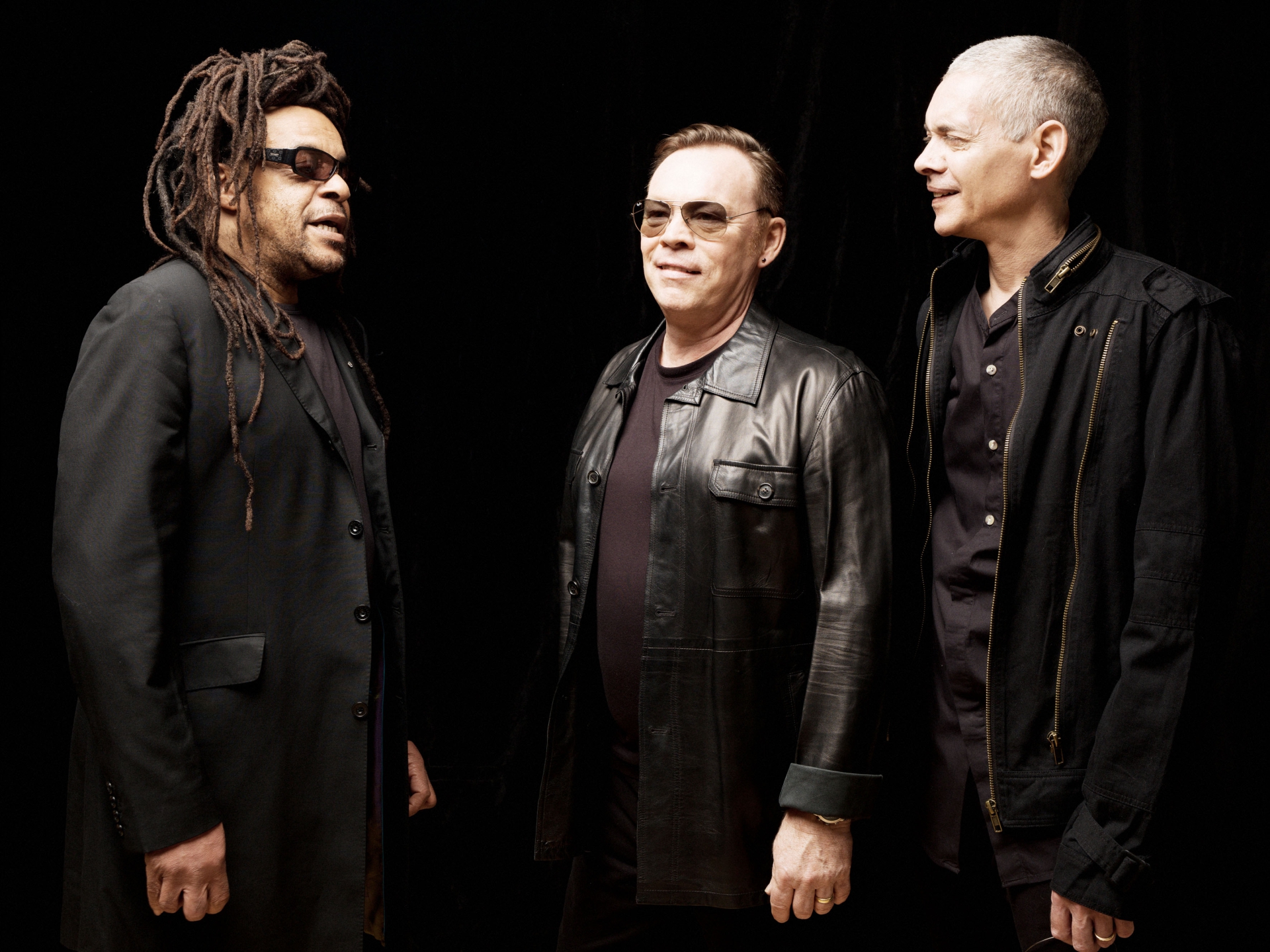 Legendary Irish band The Blades are also looking forward to their first gig in the city for 35 years which will feature all their great songs from the 1980s as well as a selection from their highly regarded new album ‘Modernised’. Propeller Palms have played some great shows at DayTripper over the years and Waterford’s own version of Bruce and The E Street Band will be pulling out all the stops with a set of original songs from their two very well received albums. Catch A Fire are a Bob Marley Tribute from Dublin and what better way to open DayTripper Saturday than with a collection of sing-along reggae classics.

When the music stops at the Gasworks, it’s all back up the road to Project for the official after party featuring a two hour live set of Oasis old skool classics by Mad Ferritt. 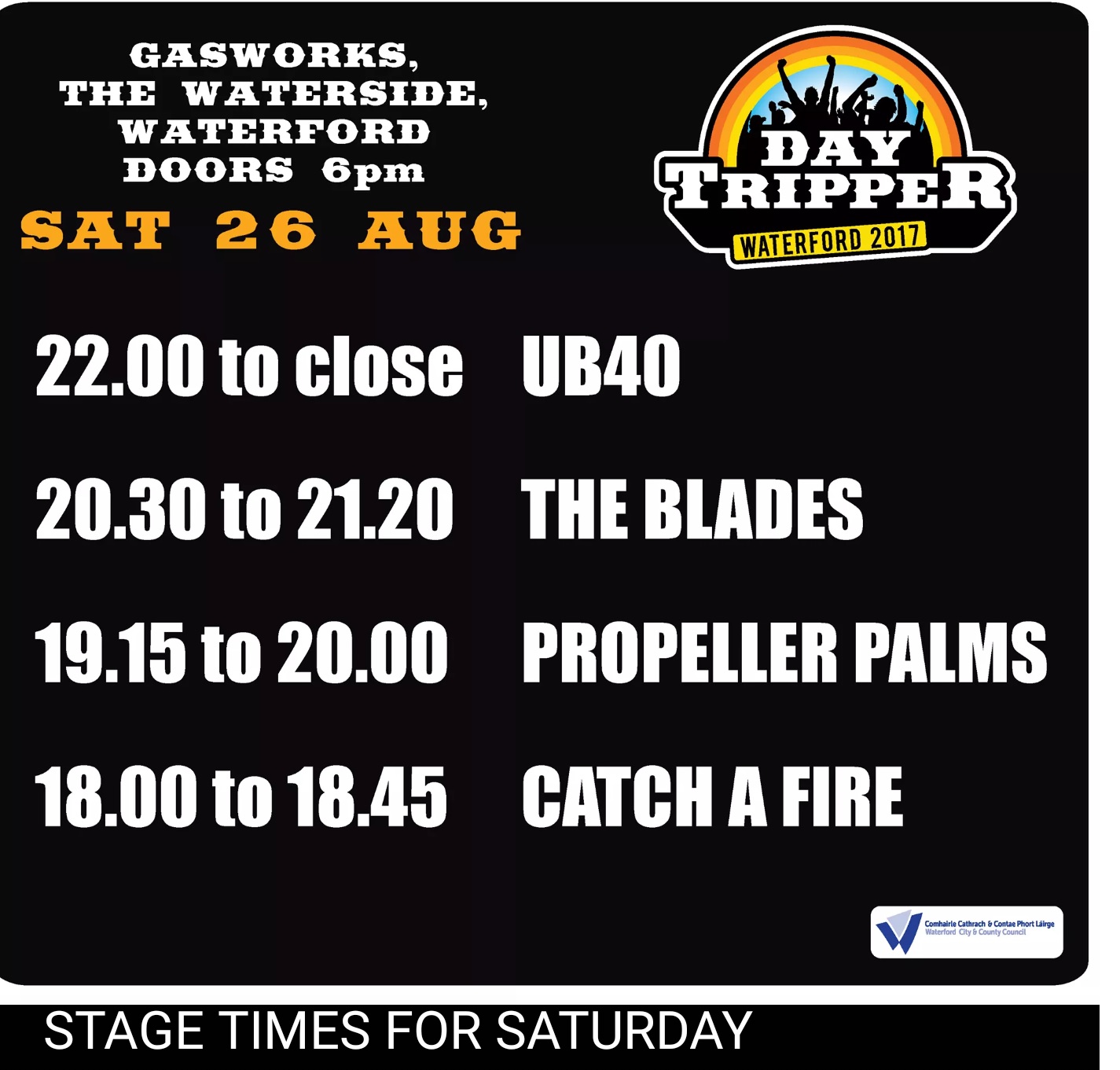