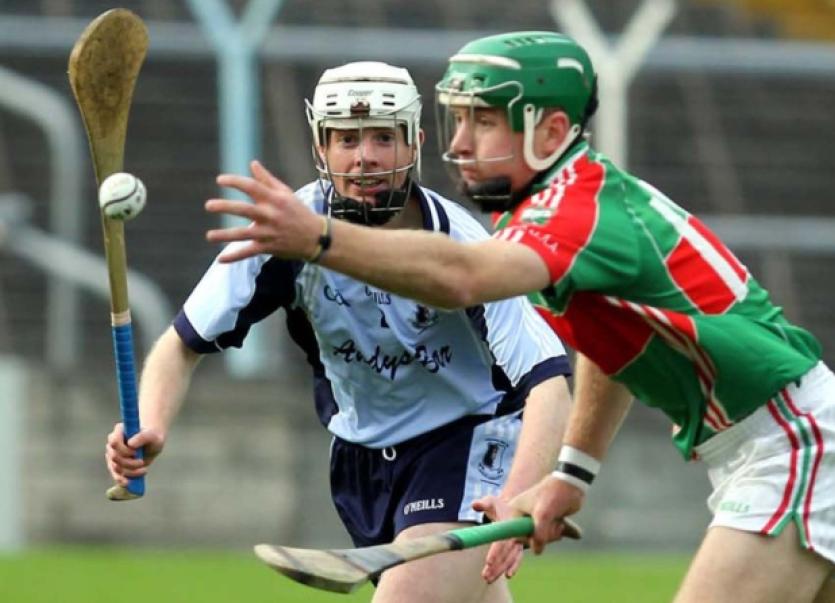 History has an uncomfortable knack of repeating itself and sometimes your best guide to present events is to look back at past experience.

History has an uncomfortable knack of repeating itself and sometimes your best guide to present events is to look back at past experience.

Take 2007 for instance. In that season Nenagh made their exit up North but then came with a promising sequence in the county series, ditching Toomevara with a rare win over those pesky neighbours and then following up with a quarter-final dispatch of Mid champions, Sarsfields.

They were on a roll, but guess what? In stepped Loughmore to spoil the party at semi-final stage - a Loughmore side that, incidentally, was roundly beaten by Sars’ in the Mid.

Fast forward then to 2013 and you have something of a reprise. Once more Nenagh do the heavy lifting against Sarsfields and Drom only for Loughmore to once again say ‘thanks for the favour but we’ll take over from here’.

It’s a familiar narrative and one that casts Nenagh in the role of perennial bridesmaids, the team that flashes only to fade within sight of the big prize.

And I suspect when Eire Og relive the events of last Sunday the regrets will be galling. One point defeats have that way of torturing the soul as you ponder on the many little cameos that might have altered history. What if that penalty early in the second half had found the rigging? Or again the late misses by Pearse Morris and Michael Heffernan, any one of which would surely have sent this game to a replay.

For Loughmore the narrative had an entirely different, but again familiar slant. This was a Loughmore side parading the club’s core values of grafting and grinding.

Even when in danger of being overwhelmed in the opening quarter they hung in there displaying patience and work ethic that would eventually drag them back into the contest. Then once this game funnelled down to a tight finish you always felt that Loughmore’s resilience would see them through against a more brittle Nenagh.

Of course Loughmore’s win was made easier by some of the Nenagh tactics. Playing a two-man full forward line and then pumping high ball in their direction meant that Loughmore’s extra defender picked up most of the breaks.

There was one exception when the breaking ball fell conveniently for Paddy Murphy and he skilfully finished to the net but otherwise the Loughmore goalie didn’t have a shot to save.

Mind you the Nenagh management might counter this argument by suggesting that the extra man outfield crowded out Noel McGrath and company but ultimately getting well ahead was Nenagh’s best ploy and going man-to-man would surely have enhanced their prospects in that regard.

The opening phase of the game was worrying for Loughmore who eventually fell six behind.

Nenagh were clinical with their chances at this stage while the Mid side was on its way to amassing a wasteful total of eleven first half wides. One felt that if Nenagh pushed on and got the lead out to eight or nine points it would have been decisive but a six point gap was far more manageable.

By my reckoning Nenagh won the first quarter but were out-fought in the other three. Gradually Loughmore got a foothold. Noel McGrath was winning a lot of possession but space was tight.

Still in the second quarter they steadied the ship, David Kennedy battling with typical vigour to neutralise Hugh Maloney and their half back line getting on top with John Meagher the binding agent that was holding things together.

It had been a poor first half but Loughmore had survived the early push by Nenagh and at four-down were well placed to up the tempo on resuming.

And up the tempo they certainly did to ensure a more riveting second half. Cian Hennessy raced away for an uplifting point and once Loughmore survived the ‘penalty’ scare the game took a significant turn.

Noel McGrath was the main mover; he pointed a ’65’ and then reeled off three from play as the game opened up to a livelier pace.

It was now point-for-point with the lead hovering around two to three points.

Then came the most critical score of the match and appropriately it was a thing of beauty.

John Meagher drove out from defence and when he lofted the clearance into the goal area Liam McGrath beat a pair of defenders to the catch before turning inside and neatly planting a game-changing goal.

It came midway through the second half and for the first time Loughmore were in front. They still had to battle to the line but significantly Nenagh never regained the lead. They levelled alright but always Loughmore retaliated, Ciaran McGrath and Evan Sweeney getting the final pair of points.

At the ‘death’ Nenagh were pressing but they’d squandered a few marvellous chances and time ran out on their efforts.

For Loughmore it’s an extraordinary outcome for a team that was walloped in the Mid final.

They got breaks along the way: Nenagh took out the big two; Killenaule self-harmed with the dismissal of Declan Fanning; and Borrisoleigh learned too late that Brendan Maher could be a match winner at full forward.

Still it takes a team of character to avail of the breaks and in this year of strange results they surpassed all expectations.

Behind him in the queue for credits was John Meagher, stepping into the breach left by Eddie Connolly. We’ll remember too that Liam McGrath goal, which lit up the occasion. Most of all we’ll remember Loughmore’s irrepressible spirit.

For Nenagh it’s history revisited and every neutral must feel a pang of sadness for them. They too had plenty of commendable displays from John Brennan in defence to Barry Heffernan at midfield and the likes of Pearse Morris, Mikey Heffernan and Paddy Murphy in attack. Their championship journey was a long and winding road spread over thirteen games at the end of which the sideboard is still bare.

Sport can be cruel and you don’t always get what’s deserving.

For Loughmore the season now goes on with Na Piarsaigh due to visit on Sunday week. I suspect the Tipp champs will be outsiders but you write them off at your peril. Before that they’ll have faced Commercials in the football. It’s some club alright.

P.S. Ballina’s win in the intermediate means the North division will have fourteen senior sides for 2014. The Mid might still claim to have the quality, but the North undoubtedly has the quantity.