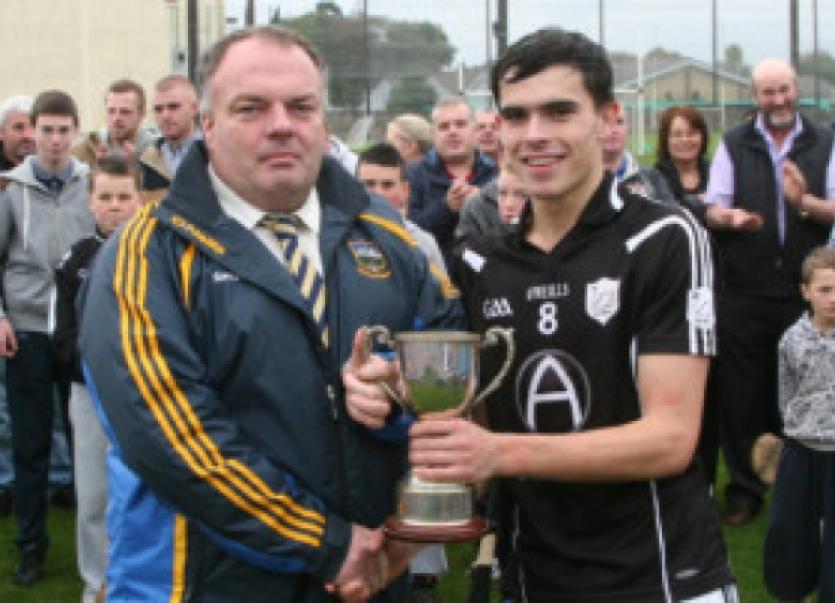 Carrick Swan justified favouritism when beating Kilsheellan-Kilcash in the Chadwicks South MHC ‘A’ final at at Clonmel.

Carrick Swan justified favouritism when beating Kilsheellan-Kilcash in the Chadwicks South MHC ‘A’ final at at Clonmel.

They led 1-6 to 0-5 at the break with the goal from Derek Burrows. Dean Walsh was their top marksman with four first half points with one each from points from Dale O’Mahoney and Jack Cooke.

Kilsheelan kept in touch with two points each from Paul Maher and Martin Gibbs and one from Mark Kehoe.

On the restart Carrick’s Bill Barrett got on the scoresheet and Lee Wall raced up field to send over and extend their side’s lead.

Eoin Kehoe and Bill Barrett traded points. Eric O’Halloran, who was very impressive throughout, crossed to Lee Wall and he made no mistake for his second point.

The Carrick side were dominant now as Jack Cooke had two pointed frees and Luke Grant had another from play. Tadgh Lonergan had to be very vigilant to save a powerful shot from Dale O’Mahony.

Kilsheelan tried hard and were rewarded with a free Paul Maher pointed and Martin Gibbs dropped the next free short in a crowded goalmouth but it was cleared to safety by the Carrick defence.

Dean Walsh added another point to bring his tally to five for Swan. Dale O’Mahony swept forward in search of another goal and this time he was not denied as he rattled the corner of the net.

Swan’s Jack Cooke finished the scoring to secure the title.