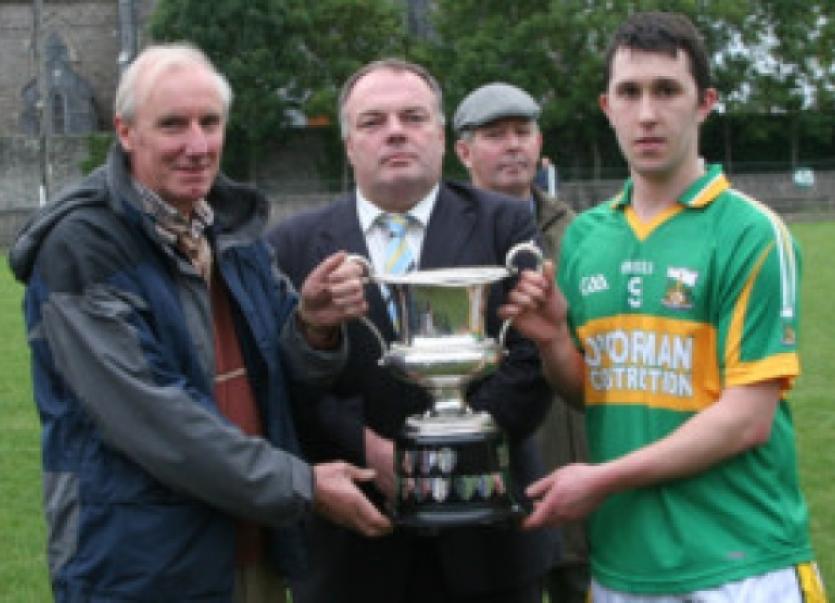 Holders Ballybacon-Grange retained their Martin’s Fruit & Veg South IHC title with a 15 points win over Fr Sheehys in the final in Cahir on Saturday.

Holders Ballybacon-Grange retained their Martin’s Fruit & Veg South IHC title with a 15 points win over Fr Sheehys in the final in Cahir on Saturday.

Fr Sheehys attack was completely outplayed with only full forward Owen Meyers with 2—3. 0-3 from frees posing any threat.

Cummins and Meyers exchanged early frees before Alex Kirwan set up Billy Hewitt for the first of his two goal, the second to follow soon after.

This was cancelled out by Owen Meyer’s first of two for Fr Sheehys. Hewitt set up Thomas Maher for Ballybacon’s third goal to lead 3-7 to 1-3 at the break.

Fr Sheehys introduced Liam Condon, Declan English and Ritchie McGrath in an effort to bolster their attack but it was Ballybacon who added two further Cummins points. Owen Meyers with his second goal gave the losers a glimmer of hope