Tipp will have it all to do against All-Ireland champs 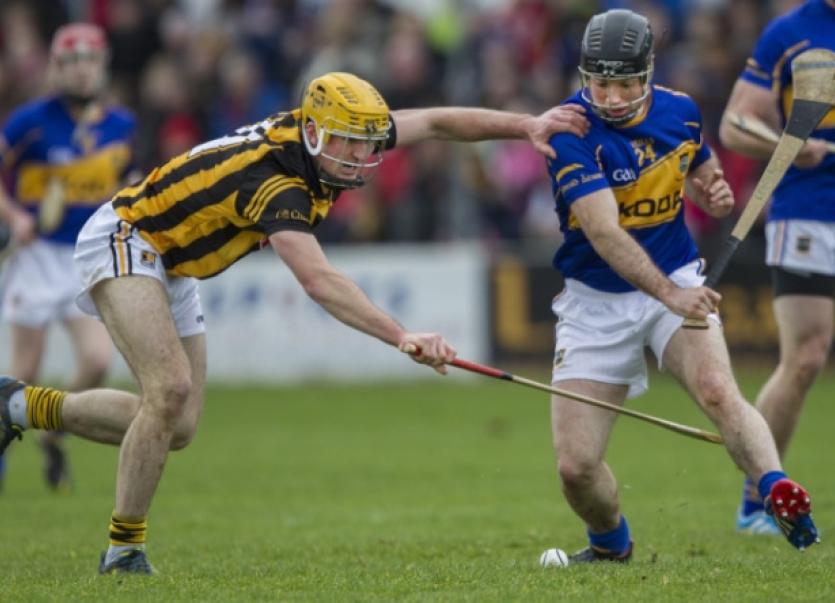 All-Ireland champions Clare should prove a big attraction at Semple Stadium this Sunday when they meet Tipperary in the third round of the National Hurling League.

All-Ireland champions Clare should prove a big attraction at Semple Stadium this Sunday when they meet Tipperary in the third round of the National Hurling League.

The game will form part of a double header with the National Football League clash of the counties. The hurling game starts at 1.15 (refereed by James Owens of Wexford), followed by the football at 3pm.

The Division 1A Hurling League table couldn’t be more even, with all six teams on 2 points, after they each won one and lost one of their opening two games.

Tipperary haven’t exactly set the world alight so far this season, although it’s too early to rush to judgement on their championship prospects. An unconvincing win over Waterford was followed by that ten-goal affair at Nowlan Park. Scoring 5-14 is enough to win most matches but not against Klkenny, even after holding a 10-points lead after half an hour.

The gap was down to 6 points at the break and the second half backlash from Kilkenny was fully expected, particularly on their home patch against age-old rivals who famously punctured their five in-a-row All-Ireland ambitions four years ago. When it came to the crunch Tipp simply didn’t have enough in reserve to halt the juggernaut and yet another defeat against one of the country’s top teams isn’t a sign of progress.

What will performance consultant Kieran McGeeney have made of it all?

Eamon O’Shea said after the opening round against Waterford that he had no ambitions for the league and that his sole focus was on the championship meeting with Limerick on June 1. He said there would be changes in the team to play Kilkenny but the only scheduled alteration saw Paddy Stapleton replace John O’Dwyer, with Thomas Stapleton later drafted in as a replacement for flu’ victim Conor O’Mahony.

However there were positional experiments, with Conor O’Brien at centre back and Padraic Maher at midfield, where Michael Cahill later ended up. Eamon O’Shea said that some of the moves worked while others didn’t, so it remains to be seen what formation will take to the field on Sunday.

As a consequence Tipp haven’t had a settled defence or midfield in the campaign so far, although in fairness to management now is the time of the year to reshuffle the pack and examine various options.

The attack has been more settled. Jason Forde and Paddy Murphy have been given their opportunity to stake a claim although Kieran Bergin, who made a real impact at wing back last year, has yet to convince in his new posting at wing forward.

The star man to date has been Seamus Callanan. Not only has he scored 4-10 in two games, including 4-3 from play, but he has assumed the mantle of responsibility in the absence of Eoin Kelly and Lar Corbett. Supporters will be encouraged by his appearance as a player reborn this season.

Noel McGrath too has started the year strongly, although the lack of ball winners in attack remains a concern.

The selectors had a good look at their panel last Saturday when Tipp beat Wexford by 3-30 to 2-17 in a challenge at Dr. Morris Park. Tipp fielded virtually a different team in each half, with just 5 players playing the full 70 minutes.

Among the highlights was a contribution of 2-7 by Borris-Ileigh’s Conor Kenny.

Clare won their opening round clash with Kilkenny in Ennis before being brought back down to earth by Dublin in their most recent outing a fortnight ago at Parnell Park, when they lost by 2 goals (2-17 to 0-17).

After they beat Kilkenny Davy Fitzgerald said that his team was way behind in their preparations for the new season, following last year’s All-Ireland success and the subsequent celebrations.

Whether that was a genuine assessment of his team’s state of play, or whether he was speaking like a soccer manager deliberately downplaying their chances remains to be seen.

Speaking after the Dublin defeat, Fitzgerald said “I can’t expect those boys to be up day after day. I had a feeling that there could be six teams level after this weekend. This is going to be a right tough league.

As I said before the league started and again after the Kilkenny game, this is going to be a patchy time for us. We’ll have good and bad days”.

Sunday’s game is a repeat of last month’s Waterford Crystal Cup Final, which Tipp won by 4-22 to 3-11. Clare fielded 8 of the team that started the All-Ireland Final replay win over Cork but they’ll be a much tougher proposition on Sunday. After this weekend Tipp will be off to Salthill on Sunday week, March 16, to take on Galway at Pearse Stadium. Their final game is at home to Dublin on Sunday, March 23.