Job done for Tipp with two vital points in London 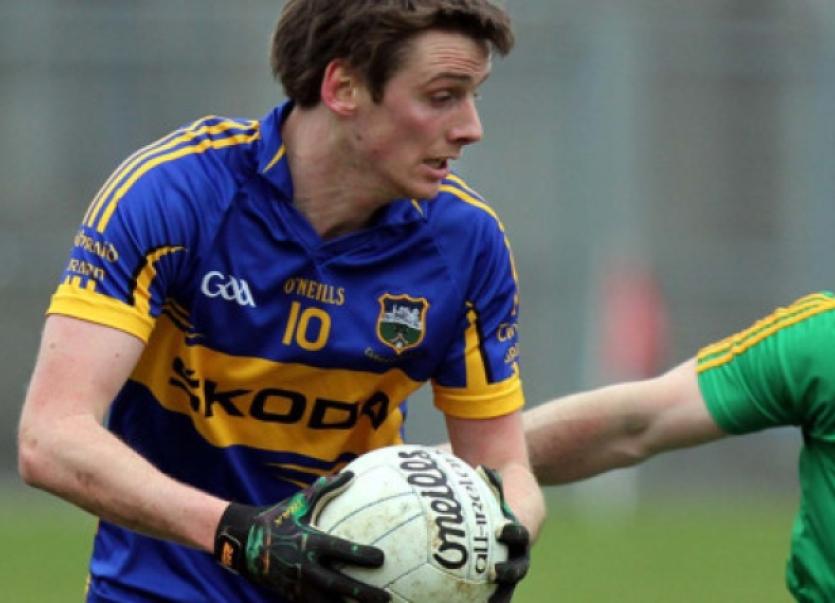 A combination of consistent free-taking from Conor Sweeney and excellent goalkeeping from Paul Fitzgerald ensured Tipperary left London with two points and moved into the promotion places, two points behind leaders Clare who Peter Creedon’s side face next Sunday in Thurles.

A combination of consistent free-taking from Conor Sweeney and excellent goalkeeping from Paul Fitzgerald ensured Tipperary left London with two points and moved into the promotion places, two points behind leaders Clare who Peter Creedon’s side face next Sunday in Thurles.

Two changes from the side named earlier in the week to play included George Hannigan coming in to replace Lorcan Egan and Michael Quinlivan replacing Cathal Dillon.

Tipperary could have found themselves in all sorts of trouble in the opening stages, following a quick free taken by Mark Gottsche which found Cathal Magee in space and with just Fitzgerald between him and the goal, the Fethard man pulled off a magnificent save from close range after closing Magee down.

London found themselves in front for the first and only time in the match from a Gottsche free right under the posts.

Parity was restored when Conor Sweeney stepped up to notch what would be his first of six pointed frees.

Peter Acheson played magnificently at centre-back, often being the one to stifle the London attacks, and gave Tipperary the lead from a difficult angle off his left boot.

Sweeney then split the posts from another free as Tipperary looked a completely different side to the one that drew with Waterford.

London were the Connacht finalists last year and were just one game away from an All-Ireland quarter-final. This was certainly no fluke and while they were missing some key players, the London forwards found themselves within shooting range time and time again only to be closed down by the persistent Tipperary backline who refused to give an inch of space to the Exiles.

Sweeney showed what he can do from open play when he sold a number of dummies to the London backs before elegantly lobbing it over the bar.

Tipperary were awarded a penalty in the 20th minute and up stepped Aherlow’s Barry Grogan who calmly dispatched the ball down the middle after Declan Traynor had dived.

Tipperary were now six points clear and dealing with everything London had.

London were dealt a blow when one of their more vocal players Seamus Hannon was black carded for a cynical foul.

Despite all this, London rallied and had two goal chances before half-time. Paul Fitzgerald was called into action once more shortly after the penalty, punching the ball out for a 45 from Magee’s shot to prevent a certain goal.

Joe Feeney finally got the better of Fitzgerald but what would have been a goal was prevented by Hannigan on the line.

Tipperary went into the break leading 1-8 to 0-2 and had to thank the pinpoint accuracy of Conor Sweeney from place balls and the expert shot-stopping of Paul Fitzgerald.

London manager Paul Coggins’ words at half-time must have hit a nerve with some of the players as they came out with a point to prove and hit two points without reply before John Coghlan gave away a penalty.

Substitute Sean Hickey found the top-right corner and given how Fitzgerald had been playing throughout the day would suggest it was the only part of the goal he wouldn’t have reached to bring the match to within five points.

Tipperary responded well and it was clear that their fitness was on a different level to that of London’s.

Conor Sweeney kept the scoreboard operator busy with his incredibly consistent free-taking while most London attacks, if not stopped in their tracks by the imposing George Hannigan, came up against the half-back line of Robbie Kiely, Peter Acheson and Donagh Leahy who rarely lost a battle all afternoon.

All in all, an impressive win and performance achieved with a great deal of efficiency. Tipp kicked 0-13 from play and only accounted four wides in the entire game. Each of the starting forwards scored from play and the half-back line contributed 0-4 and ensured that the full-back line was rarely troubled.

This result along with Clare’s 2-13 to 1-8 victory over Wicklow sets up a top of the table clash next Sunday in Thurles.

Tipperary have a game in hand and a win in Semple Stadium could potentially move them to the top of the league table.