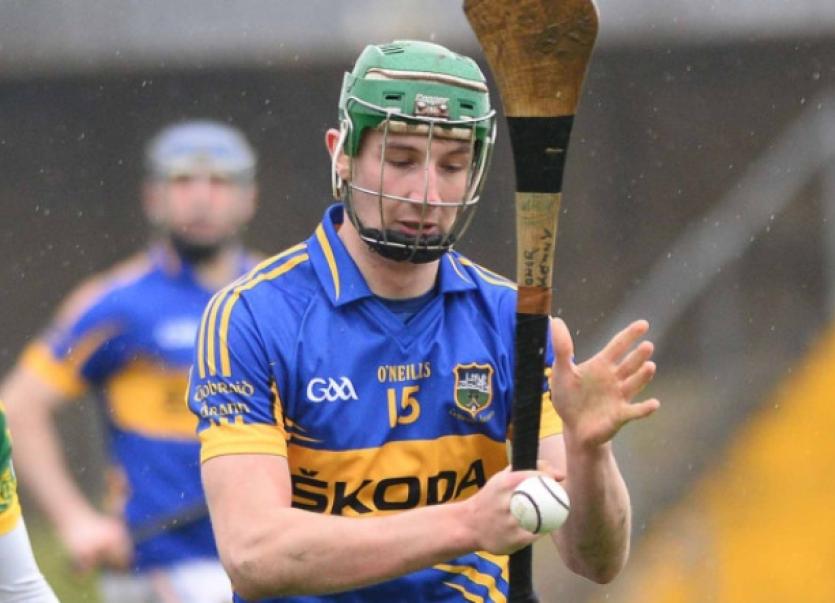 A proverbial game of two halves this one, but also of two Tipperary teams, with the Premier County fielding an almost completely new lineout for the second period with just five players participating in the full 70 minutes.

If the objective of the challenge game, sandwiched between the Kilkenny and Clare National League games, was to give the panel a run-out; objective achieved.

However, if Tipperary were looking for a stiff test from the Divion 1 B table toppers it never materialised. With Leinster on duty in the inter-provincial hurling final in Croke Park also on Saturday last, and seven of the Wexford boys on that panel, the Slaneysiders team in Thurles contained only eight of their side from their last league game v Offaly.

Tipperary on the other hand had a lot more of their first team available, with only a handful missing from the Nowlan Park encounter (Paddy Stapleton, Kieran Bergin, John O’Dwyer, Paddy Murphy and Denis Maher). In all 25 players were given a run on Saturday but no action yet for either Lar Corbett or Eoin Kelly, who spent the entire game training at the hurling wall.

The visitors had the better of the opening exchanges and led by 0-3 to 0-0 after five minutes, the points coming from Podge Doran (2) and Eamon Martin.

Tipp’s first score, a Seamus Callanan free came on five minutes followed by a long range point from Shane McGrath. However two further points from Eamon Martin (free) and the impressive Ian Byrne at centre-forward had Wexford 0-5 to 0-2 to the good with 12 minutes gone.

Tipperary began to settle and find their rhythm at this stage and the next seven scores were all for Tipp with some nices points from play from James Woodlock, Noel McGrath (3) and Seamus Callanan.

A purple patch for the home side in the five minutes before the break yielded 2-1 for Tipp with all the scores coming from Conor Kenny. The first goal was a quick passing movement involving Jason Forde and Noel McGrath before the Borrisoleigh man finished well. The second goal was created by Seamus Callanan whose accurate pass was again clinically finished by Kenny.

For the second half Tipp brought on nine fresh players and the ‘Second Shift’ seemed intent on using their game time to maximum effect, many aiming to stake a claim for a start in Semple Stadium on Sunday next.

Michael Heffernan, one of five to play the full 70, got the opening point and when Tadgh Gallagher netted Tipp’s third goal within five minutes of the re-start Tipp moved into top gear. Indeed it was Gallagher’s first touch having come on for the injured Kieran Morris a minute earlier.

Eight of the nine points that followed were all from Tipperary with St. Mary’s clubman Seamus Kennedy doing very well for himself around midfield. With three attempts at points, Kennedy sent all three over. An injury forced him off before the end of the game however.

A quarter of an hour into the second half Tipp led by 3-18 to 0-11 and while the result was never in any doubt the concession of 2-6 to Wexford in the last 20 minutes wouldn’t have pleased manager Eamon O’Shea.

Jack O’Connor got the first of the Wexford goals in the 48th minute giving Dara Egan no chance. The second goal for the Slaneysiders was scored by Podge Doran towards the end of the game when getting the better of a Tipp backline that at times looked a little off the pace. More worryingly in between the two green flags Egan was called on to pull off two excellent saves. The Slaneysiders tally could have been even greater than the 2-17 clocked up.

Shane Bourke for Tipperary was also prominent in the second half scoring four nice points while Drom’s David Collins had a pair of points including an excellently executed sideline cut from 30 metres out.

Saturday’s game will have given Eamon O’Shea and his team plenty to ponder ahead of the remaining League games. The regulars like Seamus Callanan, Noel McGrath, Shane McGrath and Michael Cahill at centre-back for a spell, all performed well. Others from the 25 used on the day to stand out were Cathal Barrett, Ronan Maher, Seamus Kennedy, Michael Heffernan and Patrick Bonnar Maher who went off during the second half as a precaution.

For Wexford, who sit top of Division 1B at present, the likes of Bobby Kenny, James Tonks, Eamon Martin, Ian Byrne and Podge Horan did most.

PS: This fixture was originally fixed for Kilsheelan on Saturday but as a mark of respect to the family of the late Gearoid Fitzgerald, a proud Kerryman but also a great friend and supporter of the Kilsheelan/Kilcash GAA Club, the game was moved to Thurles. To his wife Mary Agnes, daughters and family we extend sympathy.