Tipp ready to stand up and fight against Dublin 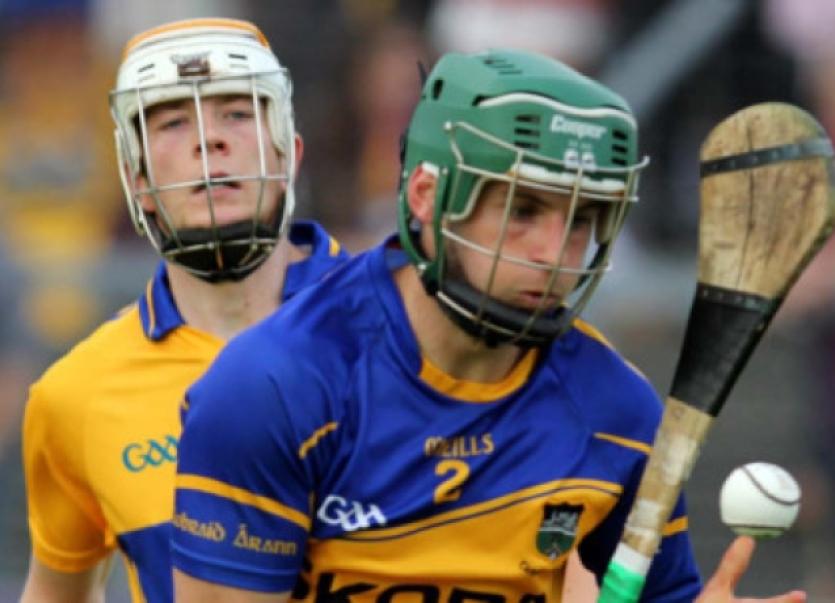 After their surprise defeat by Limerick in the Munster Championship at the beginning of June, Tipperary’s hurlers have an opportunity for further redemption when they entertain Dublin in the All-Ireland Championship quarter-final on Sunday.

After their surprise defeat by Limerick in the Munster Championship at the beginning of June, Tipperary’s hurlers have an opportunity for further redemption when they entertain Dublin in the All-Ireland Championship quarter-final on Sunday.

As an intriguing and exciting championship moves into another phase, the match will be part of an attractive double header that’s sure to draw a sizeable attendance to Semple Stadium.

Defeated Munster finalists Limerick and Wexford, one of the teams of the championship, will be first into action at 2pm, followed by the Tipp/Dublin clash at 4pm. Both games will be televised live on RTE.

Qualifier wins over Galway and Offaly have seen Tipperary impressively regain lost ground since being knocked out of the Munster semi-final at the beginning of June with a defeat that prompted question marks about the team’s character and discipline. However manager Eamon O’Shea has no doubts about his side’s attitude.

“We’ll fight to the end and do the jersey proud and that’s the motto of the players as well”, he has stated.

“During the year, even when we weren’t playing well and didn’t have our first fifteen on ther pitch we always managed to fight back. We fought back against Clare, Dublin and (in the championship) Galway.

It didn’t come as a surprise then when the team made a comeback against Galway. This team has fight in them and they’ll need all that against Dublin. Our team has good resolve. When Limerick’s Shane Dowling scored that equalising goal we had the next four possessions”, he pointed out.

“We’ve kept working on our game and things went right for us in the last 20 minutes against Galway. I’m happy with the commitment and workrate of the lads”.

The criticism directed at O’Shea and his players in the wake of the Limerick defeat has abated following two subsequent victories, but the manager is realistic enough to know that his team has no room for manoeuvre against a Dublin side that turned in a poor performance when losing the Leinster final to Kilkenny.

“This is really a fifty-fifty game”, he says. “Last year Dublin proved that they were one of the top four teams in the country (when they reached the All-Ireland Championship semi-final, where they were beaten by Cork).

Any of the teams in the last six of the championship can beat each other on any given day. We’re looking forward to doing the best we can.

Dublin will come to Thurles with a really big effort and will be trying to show that the Leinster final defeat by Kilkenny (when they scored just 1-9) wasn’t their true form. They have Tipperary connections in Richie Stakelum and Tommy Dunne (who are in manager Anthony Daly’s backroom team) and Ryan O’Dwyer (the former Cashel player), so they know the Tipp game inside out. Dublin are very well managed and it will be really important that we work hard against them. These games are so tight that hard work is the first thing you ask of the players”.

Eamon O’Shea agrees that his panel is now in a much better place than it was after the defeat by Limerick. However he also makes the point that since beating Dublin in the league in the spring Tipp have played seven matches, winning five, drawing one (the League final against Kilkenny, which they subsequently lost after extra time) and losing one.

Did expectations weigh too heavily on his team going into that Munster semi-final?

“We were very disappointed after the Limerick game, we didn’t perform to the required level. We had played a good League Final and had expectations of ourselves. There’s very little between any of the teams in the top eight. You have to perform on the day and if you don’t you’ll pay the price.

Although we didn’t play to the level that we expected of ourselves against Limerick we’re lucky to get another chance.

We’ve improved a little bit since and hope to maintain that improvement on Sunday”.

The qualifier win over Galway filled the team with confidence, which they carried over into their next game against Offaly.

“Confidence is the most important thing in any sport. When you get a win it breeds confidence and that defeat of Galway helped us”.

While he doesn’t consider playing in Semple Stadium “a huge advantage” to Tipperary - “everybody want to play there” - Eamon O’Shea hopes that the level of support the team received Galway and Offaly will be repeated on Sunday.

“That support is really important, even vital for the team in terms of our momentum and it makes a big difference. We hope that people will come to the game and we’ll try to give them something to cheer about”.