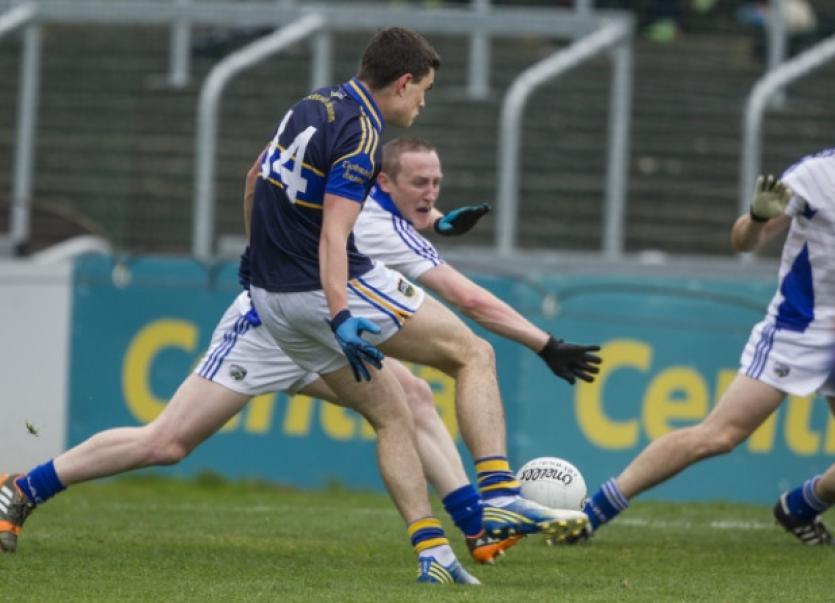 The day after Tipp’s 3-17 to 4-9 win over Laois at Portlaoise, the backroom management team were on their way to  Elverys McHale Park, Castlebar to check out the Connacht final between Mayo and Galway.

The day after Tipp’s 3-17 to 4-9 win over Laois at Portlaoise, the backroom management team were on their way to  Elverys McHale Park, Castlebar to check out the Connacht final between Mayo and Galway.

By doing so team manager Peter Creedon and selectors Michael O’Loughlin and Tommy Toomey got an upfront and in the flesh view of Tipp’s next opposition in the Qualifiers Series - which ultimely became Galway.

While last year’s All-Ireland finalists Mayo were wrapping up a fourth consecutive western title there was still much to admire in defeat from Galway, according to trainer/selector Michael O’Loughlin.

“The Galway forwards are very pacey and very young and that’s a concern for us. They dominated for a period in the second half and scored four-in-a -row and could have had two goals. Players like Michael Lundy, Danny Cummins, Shane Walsh, Paul Conroy are class and can be very dangerous.

“The confidence of Galway will be hugely increased by the performance. They are much improved from last year and they will have absolutely no fear of Tipp.”

But Tipperary have also come on a long way from last year, O’Loughlin was quick to add.

“We are a lot better than 12 months ago, and are a much better balanced team all round. We have the winning mentality now and you saw that last week in Portlaoise, especially towards the end when Laois came back at us.”

“We had a superb league campaign with the winning of Division 4 in Croke Park, followed by a Munster campaign and the win over Limerick and we’ve learned a lot from the Cork defeat.”

“We set out to get out of Division 4 and get a win in Munster and after losing to Cork it was a case of seeing how far we could go in the All-Ireland series. We are now just one game away from Croke Park.”

“We lost in Round 4 two years ago and the lads know how that hurts and are determined to go at it again. But there are no easy games left now, any team still there deserves to be there.”

“This is another stop up, this is another level. Look, so far the players have responded to every challenge. And we are now looking forward to playing Galway on Saturday.”

“We will train three times this week with an A versus B game on Sunday and we’ll ease down next week.

Before concluding Michael wished to draw attention to the great work of fellow selector Tommy Toomey of Arravale Rovers.

“The work that Tommy puts into the analysis of other teams is amazing. You could say it is forensic examainations.And what he comes up with has been very beneficial to us this year. What’s more the players trust his in-depth analysis of each game and it has been a key to some performances this year,” said O’Loughlin.

Incidentally he also added that in the past few weeks Tipperary have extended their training panel and now have Evan Comerford (Kilsheelan/Kilcash), Ian Casey (Cahir) and Seamus Kennedy (Clonmel Commercials) as back-up.