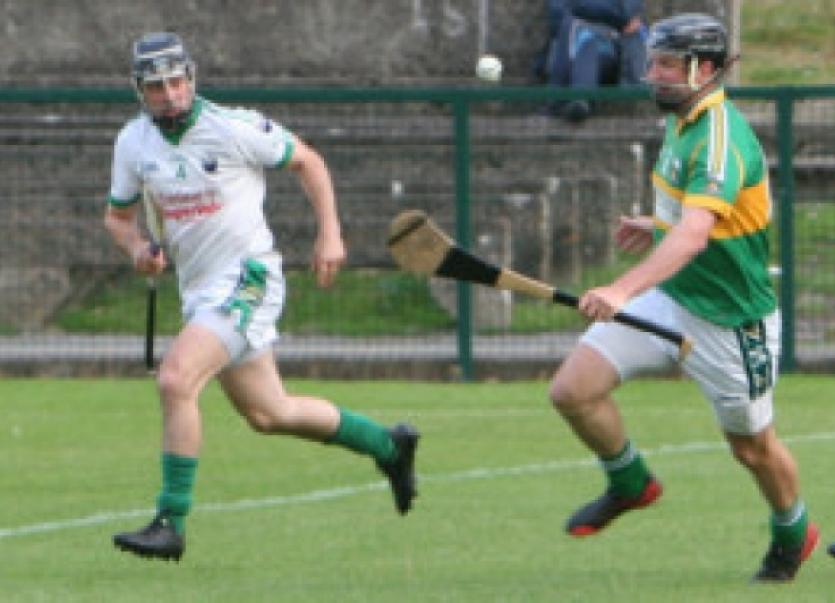 Holders Ballybacon/Grange hopes of retaining their title are still alive after they defeated Cahir in this losers group final played in Clonmel on Friday night last.

Holders Ballybacon/Grange hopes of retaining their title are still alive after they defeated Cahir in this losers group final played in Clonmel on Friday night last.

With both sides struggling in the county section of the championship this game represented the last chance saloon for these sides to keep their season alive. Despite this the game between these old rivals and near-neighbours lacked the urgency that would be expected.

Cahir biggest problem was the number of frees conceded and with former Tipperary goalkeeper Brendan Cummins deadly accurate (he finished with 10 points from frees in a personal total of 19) it proved very costly.

Ballybacon then took over and six more white flags from Brendan Cummins points (three frees, another 65 and two from play) to which Cahir responded with one Liam Howard to leave the half-time score Ballybacon/Grange 0-14 Cahir 0-6

Cahir opened the second half with a Derek Davis point but three further Cummins’ points (two frees and a 65) to a Ryan Murphy effort further increased the margin.

The winners continued to dominate in all sectors and added further points from Brendan Cummins (three, one a free), Billy Hewitt (two), Thomas Maher and Sean Nagle to two Cahir points from Aidan Casey and Dean Lonergan to leave it Ballybacon 0-24 to 0-10 ahead as the game entered the closing stages.

Cahir continued to battle and were rewarded with 1-3 towards the end, Ger Hally finding the net and two points from Ryan Murphy (one a free) and another from sub Eddie Meehan to conclude the scoring at Ballybacon/Grange 0-24 Cahir 1-13