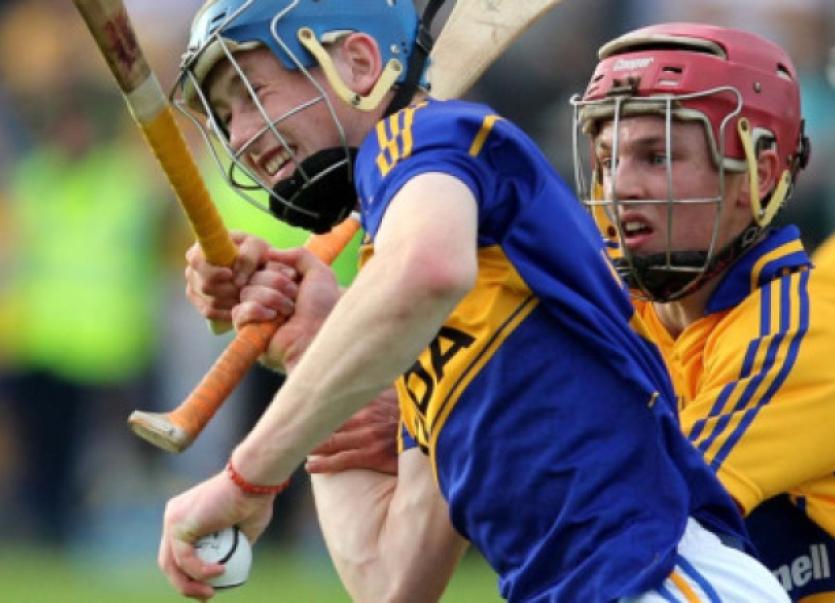 There was no disguising the disappointment of Tipperary manager TJ Connolly after his team lost to Clare after extra time in last week’s Munster U-21 Hurling Championship semi-final, writes Eamonn Wynne.

There was no disguising the disappointment of Tipperary manager TJ Connolly after his team lost to Clare after extra time in last week’s Munster U-21 Hurling Championship semi-final, writes Eamonn Wynne.

“I’m gutted for my players. We put in a savage effort to come here and nearly overturn the All-Ireland champions, I feel we maybe should have done that in normal time.

I couldn’t ask for any more of our team, to come to Ennis when you’re 5/2 with the bookies (Clare were 11/4-on). The bookies sometimes get it right, sometimes they get it wrong and they nearly got it very wrong tonight.

You can’t afford to take your eye off the ball here. We were 4 up (twice in the second half), should have gone 5 up and when we were a point up we should have cleared the ball a bit quicker but it’s all ifs and buts. The players gave it everything they had, they emptied the tank and that’s what we asked them to do. We’re so proud of them but very disappointed”.

TJ agreed that Clare also had the rub of the green, with the rebounds from Tipp goalie Paul Maher and the post that led to three Clare goals. “That’s hurling, we don’t seem to be able to get the breaks at the moment. We have great talent in Tipp and a lot of those boys will hurl senior for Tipp down along the line. We mightn’t be contesting a Munster Final but we’ll be back”.

He said that everyone in the county was so positive about the strength of the team. “People don’t realise the talent we have in Tipp but when they saw our team it brought another couple of hundred supporters to see us tonight. Man for man everyone gave it everything, the boys who came in off the line gave it everything and we couldn’t have asked for any more than that”.

He agreed that Tipp could probably have done with a match before the semi-final but added that Clare had played 6 weeks previously (the quarter-final against Limerick) and that was a long time without a game.

“People said that the Clare seniors’ defeat by Wexford would hinder their U-21s but that was never going to happen. When they’re playing at home against Tipp they’re always going to bring out their best game”.

He thought that centre back John Meagher’s sending-off at the end of normal time was “a bit harsh” but added “we started with 15 against 15 in extra time”, so he was making no bones about it.

“John was outstanding and Eamon O’Shea will hopefully have John Meagher on the senior team next year”, said TJ.