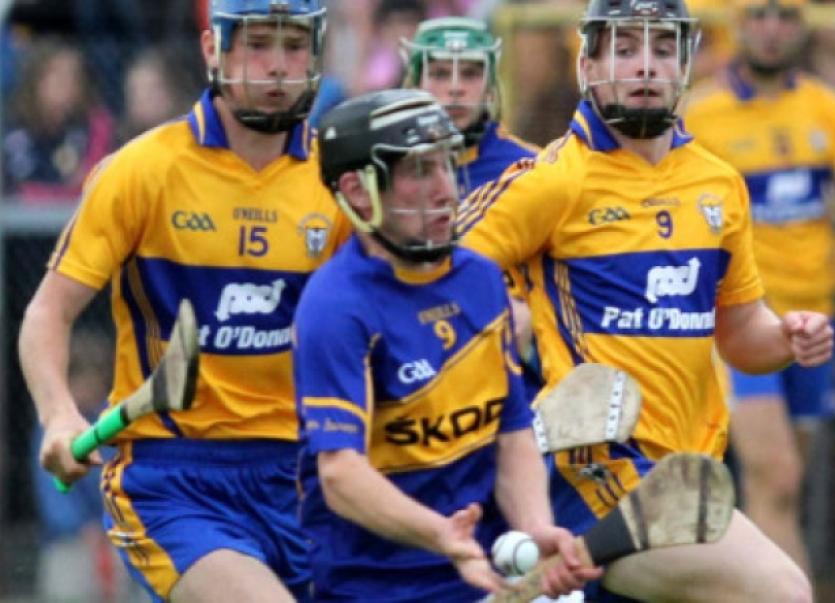 Manager TJ Connolly summed it up in a nutshell when he said he couldn’t have asked for any more of his Tipperary players at Cusack Park in Ennis last Wednesday night.

A dramatic Munster U-21 Hurling Championship semi-final that heaved with excitement and incident from start to finish, swaying back and forth, ended with provincial and All-Ireland champions Clare beating Tipp after extra time to advance to a Munster Final meeting with Cork.

No one could dispute Connolly’s assertion that Tipp had put in “a savage effort”, in front of an attendance of 7,257. The margin of 6 points was an unfair reflection of the high quality of their performance. The inter-county schedule may be heavily congested but it doesn’t seem right that this talented side won’t be seen again this season.

That’s not to take anything away from Clare whose team, liberally stocked with senior players, eventually proved the stronger, thanks to their glut of goals. Tipp started the brighter in extra time with two points from Jason Forde. However Clare responded with the next six points to put them four clear, although a Jason Forde free left just a goal in it at half time in extra time.

Tipp sprung from the blocks in the final period with points from Conor Hammersley and Stephen Cahill to cut the deficit to the minimum. But Lady Luck deserted them in those tense, closing stages of a gripping contest.

Aaron Cunningham found the net for Clare when Tony Kelly’s shot rebounded off a post and into his path, and after Jason Forde had a close-range free blocked by one of 10 Clare players who lined the goal, when he might have opted for a point, Forde was denied by a wonder save by Clare ‘keeper Keith Hogan.

A Dan McCormack point kept Tipp’s slender hopes hanging by a thread but the lifeline was finally severed with time running out when All-Ireland Final hat-trick hero Shane O’Donnell, who was introduced eight minutes earlier, snapped up the rebound when Paul Maher saved from Tony Kelly to score the fifth goal.

There was much to admire about Tipp’s display. John Meagher was immense at centre back until his dismissal near the end of normal time. Although Tipp had their full complement restored for extra time they missed the Loughmore player’s guidance and influence.

Ronan Maher, Tomas Hamill and Cathal Barrett also stood tall in defence, Barrett settling down after a shaky start that saw Aaron Cunningham race away from him to hammer home Clare’s opening goal in the 5th minute.

Goalie Paul Maher made a string of superb saves, including a double stop from Tony Kelly and Peter Duggan in extra time.

Although he missed chances from play and placed balls, Jason Forde was top scorer with 12 points and was the main man in attack, where Dan McCormack and Colin O’Riordan’s ball-winning ability were also major assets, while Bill Maher and Seamus Kennedy supplied ample ammunition from midfield.

Tipp were also hampered by the loss of Liam McGrath, who limped out of the contest at half time in normal time.

Aaron Cunningham’s first goal, and a first-time effort by Peter Duggan (when he connected with Eoin Quirke’s free) put Clare 5 points clear after just 6 minutes. However Tipp regained their composure and were just 2 in arrears (2-6 to 0-10) at the break.

The Tipp improvement continued in the second half and when Tadhg Gallagher scored a fine goal within 8 minutes of the re-start, after good work by Jason Forde, they were two clear.

They were ahead by 4 points on two occasions midway through the second half, following a Colin O’Riordan point and a monster effort from Jason Forde.

It could have been different had they added another couple of points at that stage but instead Clare roared back into contention entering the final quarter. Paul Maher made another great save, this time from Peter Duggan, but the ever-dangerous David Reidy was lurking to steer the ball to the net to ensure that this contest would go the distance.

Clare needed an Aaron Cunningham point two minutes from the end to send the game to extra time but it was a chance they fully deserved, especially considering the tremendous performances of Colm Galvin, Bobby Duggan, Aaron Cunningham, Seadna Morey, David Reidy and Peter Duggan.