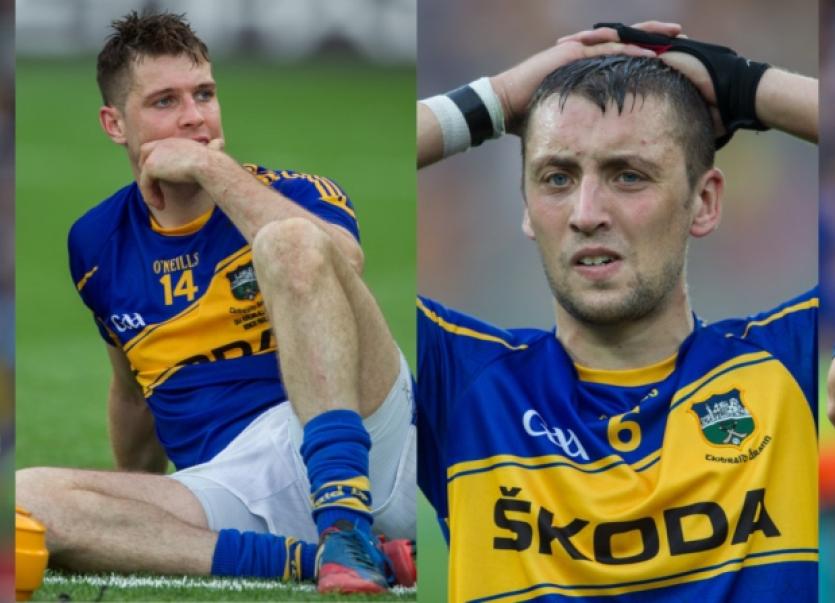 The more things change the more they stay the same. Kilkenny’s dominance remains intact after a replay that didn’t quite match the spectacle of the drawn event but still proved engrossing.

The more things change the more they stay the same. Kilkenny’s dominance remains intact after a replay that didn’t quite match the spectacle of the drawn event but still proved engrossing.

An emphatic second half from the ‘cats’ was too much for Tipperary who once more served as bridesmaids at the Kilkenny feast.

The county is hurting. We travelled with high hopes that a marginal swing in fortune would reap the top prize but it wasn’t to be. Kilkenny, not for the first time, were the ones to find that extra dimension and Tipperary are left to survey the landscape of another season of disappointment.

One’s fears in advance were that Tipperary had played to the optimum in the drawn game and Kilkenny had more scope for improvement in the replay. Thursday night’s team announcements reinforced that perception. Tipperary would go into battle unchanged while Cody wielded the surgical knife with typical ruthlessness. Two half backs got the chop as well as a corner forward, the changes underlining Cody’s clinical judgment on displays in the drawn game.

The net effect was an enhanced Kilkenny formation for the replay and that, plus a near manic desire to win, was enough to deliver another All Ireland to this title-rich county.

The opening half promised better for Tipperary. We got the early few scores and later in the half the crucial goal from that Corbett/Callanan combination which set up the interval lead. We might have had more of course, Callanan thwarted by that extraordinary hook from J.J. Delaney when I’m sure the forward thought he was clear and didn’t need to shorten the grip. ‘Bonner’ too got through before being swallowed up, illegally I thought, but these openings offered encouragement as did the three outstanding scores from Shane McGrath. Perhaps an over-eagerness to drive for goals cost us a number of points but generally the Tipp fans were hopeful at the interval.

At this stage it was low-scoring and tight all over but our defence looked secure in front of the safe-handling Darren Gleeson in goal. Kieran Bergin was exceptional at this point and Brendan Maher was already more influential than in the drawn tie. Ritchie Hogan hit two early points but thereafter had minimal impact so overall we could be reasonably happy with the first half.

What a change the second period brought! As others have pointed out we tend to be sluggish in the third quarter of games and this time Kilkenny certainly availed of that dip as they took a stranglehold on proceedings. Michael Fennelly was now far more influential at midfield and all over they upped the intensity levels by several notches. We simply couldn’t cope.

You can talk all day about tactics but Kilkenny ultimately reduced everything to one simply ploy: the swarm offensive. Like the proverbial bees around a honey-pot they swarmed around the man in possession, blocking, baulking, tormenting, whatever it took. There was neither time nor space for the man with the ball. Everything was hurried so we were reduced to high deliveries and in the aerial battle Kilkenny won handsomely.

We stayed in the game principally through defensive heroics. Gleeson showed timing and courage to deny Power and James Barry took one on the faceguard as we stayed in the hunt though significantly the trend was now against us. Michael Fennelly was profiting at midfield and Colin was looking dangerous nearer goal.

The decision to point the ‘penalty’ has been debated. I felt it was the right call to play the percentages at a time when we trailed by just two and badly needed a score.

The first major breach at the other end came off a line ball when Paudie Maher was harassed over the line as he tried to come out. The line ball was floated in where Ritchie Power out-muscled Kieran Bergin for the catch and planted a beauty of a goal. The second goal was more of a scrambled affair where Darren Gleeson was woefully unlucky after a marvellous reflex save; John Power was in the right position to bat in the score that effectively quenched our chances. Callanan’s late goal was a consolation affair though it did set up a nervous finish for Kilkenny.

To their credit Tipp battled to the end, Shane Bourke getting no sympathy from the referee on one late attack. In truth Tipp fans had to concede that on the balance of second half play Kilkenny were worthy winners.

It’s another sickening defeat for Tipperary who remain in Kilkenny’s slipstream – on their shoulder but unable to overtake. I have great admiration for our goalie and defence who kept Kilkenny at bay for so long. Darren Gleeson has definitely silenced his critics and is now the front runner for the All Star goalie slot. The six defenders in general did well, Brendan Maher significantly better than the drawn game though Paudie Maher below par this time.

Midfield did well in the first half, though Fennelly swayed that area in the second. Shane McGrath had a memorable first period but it’s not an area where you’ll dominate for an entire game and I assume the judgment was that he tired. Mickey Cahill did some useful things on introduction though he could have prevented the crucial second Kilkenny goal if his control was sharper.

Overall our forwards were getting a poorer supply this time and were well short of the drawn performance. The importance of ‘Bonner’ as the engine of the attack was highlighted by his failure to gain much traction. Kieran Joyce was part of the reason but there was plenty of swarming around ‘Bonner’ by other defenders too and for whatever reason the Lorrha man wasn’t as crisp in his touch this time.

With ‘Bonner’ quieter than previously the rest of the attackers struggled. We don’t have the type of hustlers needed to win difficult ball against a mean Kilkenny attack and once there was little space available we were always going to struggle. Unlike others I though Callanan did well on a very limited supply.

As for Kilkenny you just have to acknowledge their extraordinary achievements. How Cody manages to regenerate the side year-on-year is a mystery to me. Just when you think (hope!) they’re in decline they churn out a defiant display like that second half. The depth of their panel is undoubtedly a major factor in the story because no other county could wheel out a new centre back who then turns in a man-of-the-match performance in an All Ireland replay. Padraig Walsh must have pushed him for top billing and then you had the Fennellys and Powers leading the way on a day when Reid and Larkin were relatively quiet. It’s incredible.

For Shefflin there’s a marvellous round-figure completion to ten Celtic Crosses. Presumably he won’t continue given his minimal role in this win though with Kilkenny men you never know. A Cody retirement would be more welcome this side of the border though somehow it’s hard to see that happening.

As for Tipperary, is back to another winter of reassessment of our whereabouts in the hurling universe. This was a painful defeat though somehow it wasn’t as galling as 2009 when you felt dodgy refereeing played a crucial part. This time the result was beyond doubt. You could pick frees we got that were dubious and legitimate ones we were denied so in the give-and-take balance of Brian Gavin’s decision making I would have no complaint.

It was a pity though that Mr. Cody wasn’t as gracious in his weekend comments on Barry Kelly’s display in the drawn match. To describe the late free awarded to Tipperary as ‘criminal’ was despicable. You could, perhaps, understand a manager in defeat being bitter and going over the top but after such a memorable success you’d expect something more magnanimous from a man in celebratory mood. He seems to have conveniently forgotten all the refereeing ‘breaks’ his teams enjoyed over the years. Such bitterness is unbecoming in one who has achieved so much.

Meanwhile it’s back to the local bread-and-butter business this coming weekend as the county plays catch-up in the club championship. There’s certain to be an important match somewhere near you so check the fixture list.