Tipperary toppled in another captivating final 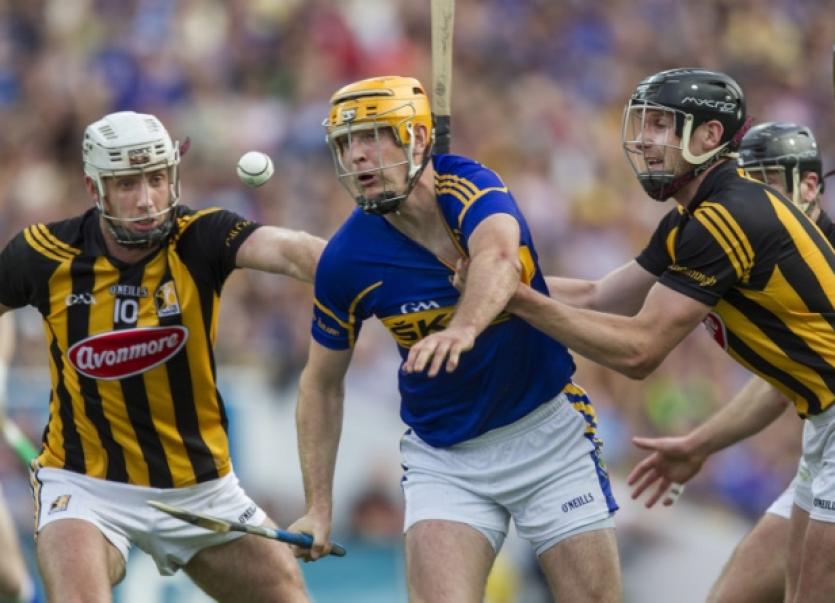 It was Kilkenny, after all, who had more to learn, more scope for improvement from the drawn game three weeks previously.

It was Kilkenny, after all, who had more to learn, more scope for improvement from the drawn game three weeks previously.

And because those lessons were assiduously studied and a different plan implemented in the replay there was a new mood to their team at Croke Park on Saturday evening, one that steered them towards their 35th All-Ireland Senior

Even in defeat Tipperary were immense over two matches that spanned almost two and-a-half hours and were strung out over three weeks, providing the perfect ending to a feast of hurling as the credits rolled on a wonderful Indian summer.

Going close doesn’t win matches and it’s no consolation to the team but their performances on both days were nothing short of heroic. They played their hearts out and reconnected in a major way with their supporters, regaining their trust and admiration since losing to Limerick at the start of June.

However all of that doesn’t disguise the depressing fact that the statistics make grim reading for Tipperary. The record books show that they’ve won just four All-Ireland titles in the last forty two years. Including the replay this was an eighth national hurling final against Kilkenny in the last six years, six of which have been won by Kilkenny.

For Tipperary supporters it could well be the case that it’s not the despair, they can take the despair, it’s the hope they can’t stand. And they were still clinging to that hope at teatime on Saturday evening, as the replay inched towards its conclusion. Their team had taken a battering for much of the second half and when John Power pounced for Kilkenny’s second goal, after Darren Gleeson had parried Michael Fennelly’s shot, seven minutes from the end of normal time to open a six-points gap the game was sliding irretrievably from their grasp.

And yet they weren’t ready to hoist the white flag of surrender. Seamus Callanan won a ‘65 when he was felled by a robust challenge by Kilkenny goalie Eoin Murphy, and Bubbles O’Dwyer converted that ‘65 before the players wearing the number five jerseys, Padraig Walsh and Brendan Maher, traded points. A minute of normal time remained when that hope raised its deceptive, teasing head yet again. Substitute Shane Bourke was involved in an attack that saw Bonner Maher’s shot break kindly for Seamus Callanan, who swept a shot to the net to leave just two points in it.

The tension was ratcheted up a few more notches as substitute Jason Forde and John Power exchanged wides, Darren Gleeson saved from Colin Fennelly and fittingly it was Henry Shefflin, winning a historic tenth All-Ireland medal, who provided the pass for Colin Fennelly’s closing point. James Woodlock had a shot blocked and Brendan Maher appeared to have been tripped as the diminishing light of Tipp’s fading hope flickered before it was finally extinguished.

Tipp went down with dignity. Frustration and another defeat to Kilkenny was their sorry lot, though, and they’ll ruefully reflect how close they came to winning on September 7; in GAA-speak they left it after them that day. Their stumbling block yet again was arguably the greatest hurling team of all time, and over which its manager Brian Cody has exercised a control similar to the influence exerted by Alex Ferguson over Manchester United in the way in which such an honours-laden team is possessed with the hunger and desire to keep coming back in the quest for more success. Ten All-Ireland titles in fifteen years bear testament to that.

From early on it was apparent that the replay wouldn’t follow the free-flowing template of the drawn game. This one was much more of a scrap, more of a dogfight. Yet for all that it was no less absorbing or intriguing a contest. Bubbles and Lar Corbett were blocked in the opening moments as Kilkenny made their intentions clear but Tipp drew first blood with points from Shane McGrath and Noel McGrath inside the first five minutes. They had a glimpse of goal in the build-up to the second point when Bonner Maher was thwarted by a posse of defenders and goalie Eoin Murphy.

Kilkenny were ahead by 0-4 to 0-2 by the 12th minute, unforced errors by James Barry (with a misplaced pass) and Cathal Barrett (for fouling the ball) contributing to a pair of those scores. Tipp were back on level terms by the 16th minute, thankes to points from Bubbles O’Dwyer and Seamus Callanan’s free. But they didn’t register another score for 12 minutes.

Mind you, they had their chances. Seamus Callanan was bearing down on goal when he was hooked by JJ Delaney and Bubbles was also hooked when he could have taken a point.

Kilkenny, especially their defence, worked overtime to deny the Tipp players the time and space in which they had revelled three weeks previously. The forwards were smothered and didn’t win the ball in the same fashion as in the drawn game. It was significant that Tipp had eleven scorers in the drawn game but only five in the replay. All of the starting forwards scored on September 7 but only three found the target last Saturday.

Yet they survived that initial difficult phase in the first half. Shane McGrath got them motoring again with a well-taken point and seven minutes remained in the first half when Seamus Callanan executed a perfect finish from Lar Corbett’s handpass to send their supporters in the attendance of 81,753 into raptures. With their confidence levels raised Tipp missed chances to build on their two-point lead, as Bubbles O’Dwyer and Seamus Callanan (from a free) shot wides. However they were still two ahead at the break (1-7 to 0-8) after further scores from Seamus Callanan (free) and Shane McGrath that were answered by TJ Reid (a free) and Michael Fennelly.

Tipp were caught napping at the start of the second half in the drawn game and something similar happened last Saturday. The last time it was TJ Reid’s goal, this time it was a barrage of five Kilkenny points that altered the game’s complexion. It could have been worse - Darren Gleeson produced a great save to deny Colin Fennelly and Colin Fennelly took a point when he failed to spot John Power drifting unmarked just yards from goal.

Tipp rode out this second storm with points from Noel McGrath (their first of the new half, after 11 minutes) and Seamus Callanan’s free. But by now Kilkenny were in no mood for negotiation. A sequence of play around the 50th minute, in which Seamus Callanan and Bubbles O’Dwyer had shots blocked before Kilkenny broke for a John Power point, was indicative of the direction in which the contest was now swinging.

Tipp got a rub of the green when they were awarded a 57th minute penalty that Seamus Callanan tapped over the bar. Bonner Maher looked to have fallen instead of being fouled but he should have won a penalty when he was tugged back by JJ Delaney in that incident in the 5th minute.

Kilkenny’s one-point lead was stretched to four 11 minutes from the finish when Richie Power gathered Michael Fennelly’s sideline and shot low to the net. From then to the last whistle they had the resolve to finish the job, as even in a Croke Park illuminated by floodlights daylight finally emerged between two great teams after a terrific battle.