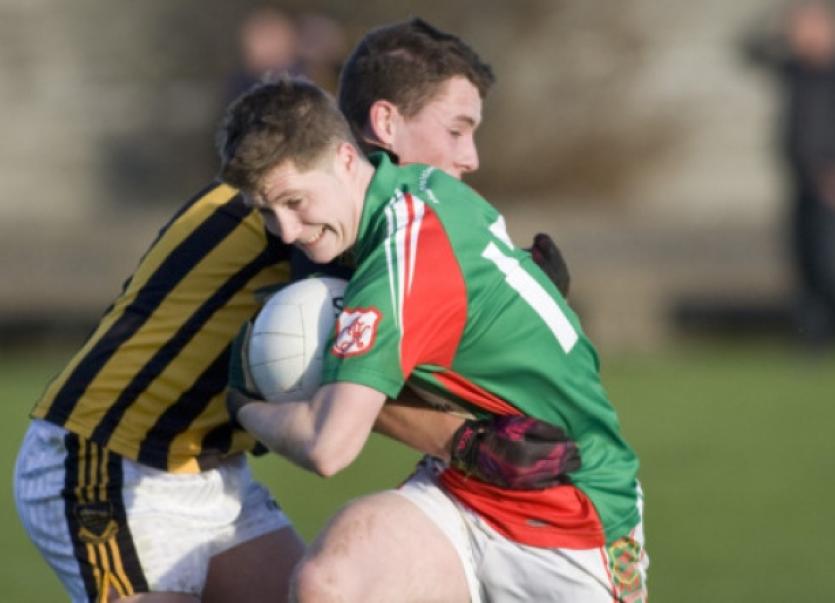 Championship when they beat a poor Mullinahone team on Sunday afternoon in Dundrum.

Upperchurch were by far the dominant outfit but surprisingly the game was still hanging in the balance with a quarter of an hour remaining.

After squandering numerous opportunities for points they were only three ahead until Ger Grant collected in midfield and bombed forward into the space that presented itself. The midfielder then looked up and passed into the path of Jody Brennan, who first timed the ball to the unmarked Owen Shortt. The corner forward was clinical as he collected, bore down on goal and finished with superb predatory instincts.

In the closing moments ‘The Church’ added a second goal to put a gloss on the final score. A quick free down the left flank from Mikie Ryan culminated in an opening for Colm Stapleton, who showed great composure by rounding a challenge and caressing the ball past the ‘keeper to ease his side to victory.

This was a thoroughly dominant second half display from the Mid side, as they repelled any attempted breakouts from defence by Mullinahone with crowding and harassing to the point of a spillage of possession, where they would once more drive forward.

The first half was a much closer contest. Mullinahone competed well down the centre but lacked back-up down the wings. Too often attacks broke down as players turned back from challenges, attempted to recycle possession and misplaced the pass. Colm Stapleton scored a beautiful left-footed effort in the opening minute to settle Upperchurch but this was swiftly responded to by Kevin Walzer, as he shimmied past his marker before kicking over off his right.

With the score of the first half Pat Shortt put Upperchurch back in front. Jack Butler also executed a fine point as he unleashed a thumping kick from 40 yards under heavy pressure from a challenge. Eoin Kelly attempted to conduct the Mullinahone forward line and chipped in with a big point with a minute remaining before the break to leave the half time score at 0-5 to 0-4 to the Mid men.

After the interval this game was far removed from a tennis neck-grinder, as all the action was forged in one half of the field. The Mullinahone attack went colder than the December afternoon, as they did not even register a shot towards the target in the second half.

Nine minutes after the restart they were reduced to 14 men as Niall Curran received his marching orders. With massive problems relieving pressure before this incident, things only declined further for the south team from here, with some inaccuracy from the Upperchurch attack the only flickering light that kept Mullinahone alive.

That flicker was quashed the instant Owen Shortt crashed his shot to the net, as a far hungrier Upperchurch marched convincingly to the semi-finals.