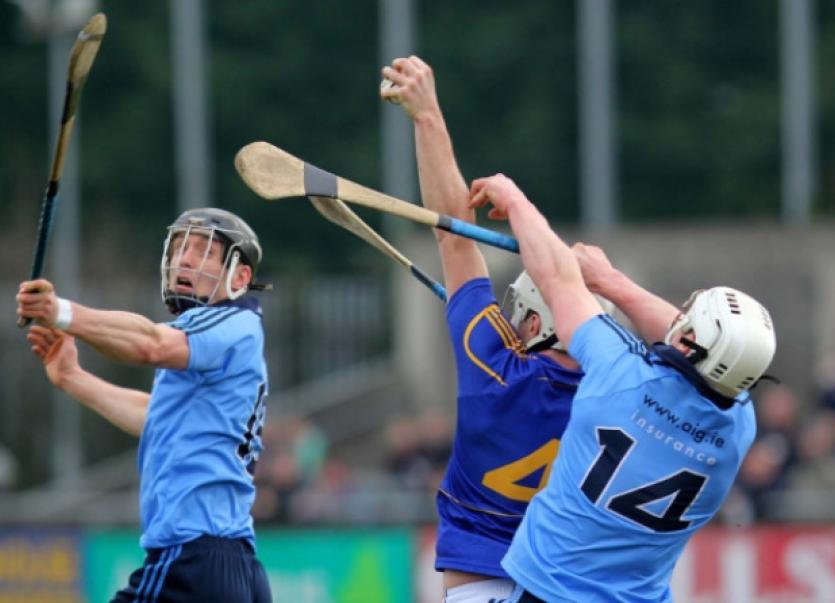 Here we go again. Another dismal league opener, typical of past pattern, leaves the fans frustrated and piles instant pressure on the players.

Here we go again. Another dismal league opener, typical of past pattern, leaves the fans frustrated and piles instant pressure on the players.

A dozen reasons to feel dejected as Dublin hold all the aces and our ‘away’ misery in the metropolis continues.

We’ve now lost five of our last six league openers; it should be six out of six because we didn’t deserve to top Waterford last year at Semple. Not since February ’09 then, when we came home four-point winners from Walsh Park, has a Tipperary side made a satisfactory launch to a league series.

We had hoped that the angst of last spring would be avoided this time but here we are back in the same muddle once again. Given the perceived tightness of this group, Sunday’s outcome amounts to a lot of potential trouble with the loss of the league points on top of our score differential taking an instant hit.

In fairness to the management they talked-up this game in advance and put their money on the line with their team selection. It was a pivotal game and treated as such by those in charge. Yet that urgency failed to seep into the players and O’Shea must be head-scratching as much as anyone this week at the failure of the players to hit the required intensity.

The contrast between the two teams on Sunday was stark and in that regard O’Shea’s summation afterwards was both honest and accurate. There was a bounce to the Dublin play, it was energetic and inventive. They were first to the ball, had runners available for the pass and their touch was crisp and sure. On the other hand everything Tipperary did was laboured and faulty.

The pattern was established quickly and never really deviated. I thought Jason Forde showed very positive signs early on but once he missed a few chances the confidence seemed to drain from his play and we saw less of him as the contest progressed.

Brendan Maher, as expected, started at half forward with Woodlock reverting to midfield – can someone explain to me the logic, if there is any, of the announced formation? In any case before half time arrived we had Maher back as an extra defender with wind-backed Dublin producing all the positive hurling.

Dublin’s first-half goal endorsed the general trend of the game. A Gleeson puck-out went astray and when Dublin returned to attack Liam Rushe was ahead of Curran to set up Eamon Dillon for the goal. It was the most significant lodgment as the hosts built a nine-point interval lead.

It was a day when we needed battlers so ‘Bonner’ Maher’s absence was sorely felt; Gearoid Ryan took his place. Our attack looked toothless – just two points from first half play - and then Shane McGrath’s injury just before half time robbed our midfield of its best contributor.

With the wind at our backs for the second half we hoped for a rallying effort. Brendan Maher resumed at centre forward and we hoped for a more spunky commitment overall to the challenge. Sadly it never materialised. ‘Bubbles’ did save our blushes somewhat with some magic scores but otherwise it was Dublin all the way. Liam Rushe’s last-gasp goal polished off a thoroughly miserable day for Tipperary.

There was not a lot then to commend about the Tipperary display. Brendan Maher had a belated poke during the week at some of the personalised criticism last year. Sunday, I’m afraid, won’t have discouraged such critics.

The experimental placing of the team captain on the half forward line yielded little reward on this occasion though there may be a case for arguing that this wasn’t a game on which to base definitive judgments. We were still lacking grafters in attack where ‘Bubbles’ alone showed All Star quality, Seamus Callanan dipping way below the image of 2014.

Elsewhere we had no stellar performances either. Conor O’Mahony struggled before being withdrawn and Curran too had his difficulties with Liam Rushe central to both goals. Even goalie Gleeson didn’t escape the general malaise. Conor O’Brien did best of the replacements.

From a Dublin perspective it was altogether different. Michael Carton bossed the full back spot very admirably and they had a real star in footballer-turned-hurler, Conal Keaney, at wing back. Peter Kelly too was effective at number six and there was a real workmanlike aspect to their attack where the Rushe experiment is likely to be continued. Paul Ryan was competent on the frees on a day when even that aspect deserted Callanan. It was encouraging then for Dublin though other days will be more informative starting with next week in Nowlan Park.

Speaking of other days leads on nicely to next Sunday and Galway’s visit to the Stadium. The Tribesmen pulled of a precious one-pointer over Davy Fitzgerald and company last week at Salthill. On top of their Walsh Cup win over Dublin earlier it obviously suggests that Anthony Cunningham’s men are in good spirits at present despite being without the injured Joe Canning.

Interestingly some of the reports on the game gave the man-of-the-match accolade to centre forward, Jonathan Glynn. Remember his input last summer in the qualifier at Semple Stadium before a switch of James Barry to the edge of the ‘square’? Joseph Cooney also won high praise last weekend; he’s a player I rate highly.

While we have developed the unhappy knack of losing league openers, Galway, by contrast, have now won their last four opening bouts. However, while we tend to recover as the league progresses, Galway usually fail to build on the early promise. Will it be the same this year?

Our record against Galway in the league is very impressive. We’ve won seven of the last ten engagements between the counties and in some instances we’ve racked up really large scores. Last March at Salthill was one of our poorest days against the Maroon, however, trailing badly at half time before redeeming the situation somewhat in the second period. We eventually lost by three points, 3-16 to 1-19, and Eamon O’Shea recently suggested that our second half that day was a type of turning point for him. I must admit I didn’t feel the change that day – and still can’t see it in hindsight.

In 2013 we pounded Galway into submission at Pearse Stadium on a score line of 4-22 to 1-20 though a year earlier at Semple Stadium we had just two points to spare. 2006 was the last occasion we lost to Galway at Semple Stadium coming off the wrong end of a 3-11 to 0-12 score line.

So much for the recent history between the counties. Our most recent meeting was in the championship qualifier last summer where we put on that late rally which kick-started our All Ireland bid. Now there was a real turning point.

I have no idea what adjustments will be made to the team for next Sunday. Hopefully the injuries to both Shane McGrath and Joe O’Dwyer aren’t serious, though the corner back did look to be in some distress with that shoulder at the end.

I felt in advance that the Dublin and Galway games were our best chances of league points in the present series so losing again on Sunday would put us in a very tricky corner indeed. I don’t understand how a team can swing through such extremes as this present Tipperary generation. When they are good they are very, very good but when they are bad they are horrid, if I can plagiarise the lines about the little girl.

Of course some will claim that this is simply the pattern of life for this Tipperary crew and that all will be well in the end. I can’t embrace such optimism. There is something brittle at the core of a team that can let itself down as it did last Sunday in Parnell Park. Sunday is surely time for atonement.

Correction. Last week I led people astray by my version of the knock-out stages of the league. It will, of course, involve four quarter-finals like last year. I did take the effort to check out the system in advance but was obviously given a bum steer. I often take responsibility for errors but in this case, I’m afraid, the blame rests elsewhere. Otherwise my lips are sealed.