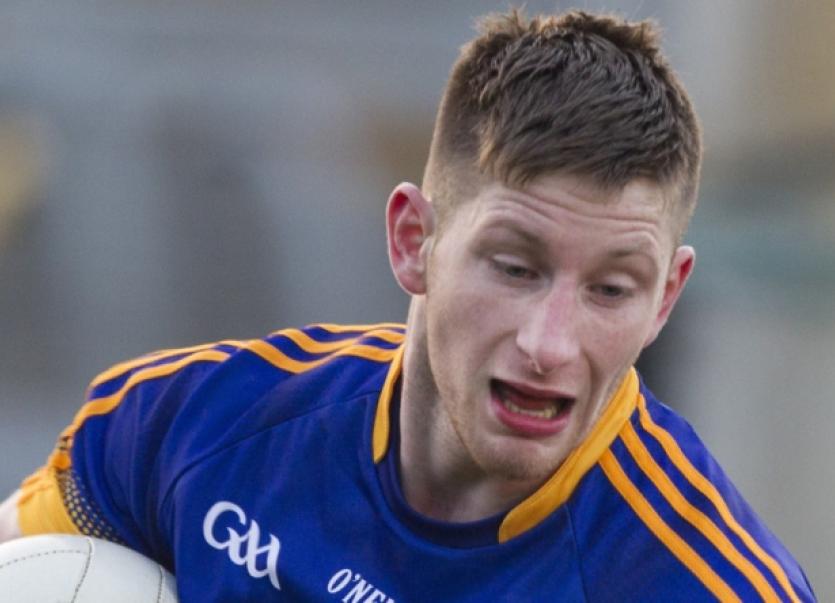 An historic first-ever All- Ireland football title for Tipp at under 21 grade is the coveted prize for the winners of Saturday’s All-Ireland final against Tyrone.

An historic first-ever All- Ireland football title for Tipp at under 21 grade is the coveted prize for the winners of Saturday’s All-Ireland final against Tyrone.

By 7.30 pm on Saturday evening at Parnell Park, Dublin, we should know if the Tommy Toomey managed side, captained by Colin O’Riordan, have achieved what no other Premier County side have managed in the 51 year history of this All-Ireland competition.

But make no mistake about it, this is a “huge ask” for the young men in “Blue and Gold.” Once again and for their third consecutive game, they will have to produce a Herculean effort if they are to get their hands on the elusive Clarke Cup for the first time in the county’s history.

Incredible as it may seem, since 1920 when Tipperary won the last of their four All-Ireland senior football titles, appearances in All-Ireland football finals - in any grade - by Tipperary teams can be counted on just one hand.

Since 1920 there has been All-Ireland minor final appearances in 1935, 1955, 1984 and 2011 with only the last one giving us the desired result. (Tipp did win the All-Ireland minor championship of 1934 but there was no final played with both other semi-finalists that year, coincidentally Dublin and Tyrone disqualified).

Therefore, Saturday’s final, our first at under 21 grade, will only be Tipp’s fifth appearance in an All-Ireland football final in all of 95 years.

As team coach Michael O’Loughlin aptly put it prior to the All-Ireland semi-final win and after a glorious provincial decider victory over Cork - “this is bonus territory for Tipperary.” Indeed it is.

Those statistics, if nothing else, should serve to dampen down expectations and pressure on a team that have already proven themselves to be an exceptional bunch. A squad, who according to team manager Tommy Toomey, are“full of courage, character and honesty. A bunch that give everything. They will never be found wanting, win or lose.”

They kicked off their campaign at Semple Stadium on Wednesday, 18th March with a 0-15 to 0-7 win over Clare. It was the widely predicted win on the night but not with ease that might have been expected. Taking into account that it was their first outing and with a team that hadn’t prior to that night started together, it was a case of “job done, move on.”

It was back to Thurles three weeks later for the Munster final against old enemies Cork to whom they had lost the previous two finals. “The Rebels,” attempting to win an historic five-in-a-row were turned-over with Tipperary emerging 1-15 to 3-8. The win ensured only the county’s second provincial title at this grade.

On Saturday week last, once again as underdogs, Tipp upset the formbook by delivering a magnificent display in O’Connor Park, Tullamore. Then All-Ireland champions Dublin were to put Tipp to an almighty test. Tipp responded in style and answered every question asked of them. Coming from five points down early in the second half, Tipp rallied to win by 0-14 to 0-12. A place in a first-ever All-Ireland final had been secured.

And so to Saturday’s decider against Tyrone and another mountain for Tommy Toomey’s side to overcome.

The Red Hands County came through their own province with wins over Fermanagh, Armagh and a fancied Donegal side in the Ulster final. Like Tipperary in their semi-final they upset the bookmaker’s predictions to see off last year’s finalists Roscommon. This strong and physical team are also full of talent and determination and an almost in-bred steel that goes with northern teams.

Tyrone’s record in under 21 grade is very impressive having appeared in six finals winning four of those, their last coming in 2001.

They also have an impressive pedigree at minor grade with eight All-Ireland crowns, five of those in the last 17 years which is an indication of the strength of underage football in the mid-Ulster set-up. Indeed many of next Saturday’s side would already have experience on an All-Ireland stage when losing the minor final to Mayo in 2013.

Managed by Fergal Lohan with legends Brian Dooher and Peter Canavan in the background, you can be sure this team will lack for nothing in terms of preparation, attitude, belief, expectation. No doubt they will be a formidable outfit. In defence they have stars in the likes of Padraig Hampsey, Kieran McGeary and Frank Burns. Cathal McShane has been putting in some tremendous performances in the middle while up front they have a star in Lee Brennan but other forwards capable of hurting defences are Mark Kavanagh, Ruairi McGlone and Daniel McNulty.

But this Tipperary side are blessed with talent too as well as all the other attributes that are necessary to dig out victories in tight encounters.

Goalkeeper Evan Comerford has progressed to senior status this year replacing the retired Paul Fitzgerald and with a full league campaign behind him is a rock of confidence to his defence.

All six defenders are also from the South Division. The full back line of Kevin Fahey, Jimmy Feehan and Leaving Cert student Colm O’Shaughnessy stood up well against a highly-rated Dublin inside line in Tullamore.

The midfield partnership of team captain Colin O’Riordan and Steven O’Brien must be the envy of every inter-county manager in the country at this time. Time and again they scan the sky and more often than not win their aerial battles. To date this supremacy has been a launching pad of possession for the forwards. Long may it last!

It is also worth noting that both have added scores in all three matches to date.

The starting half-forward line against Dublin comprised of Jason Lonergan, Ian Fahey and Liam Casey. All have impressed at different stages throughout the campaign. Against Clare, Jason Lonergan came to the rescue with five excellent points from play and his wizardly runs are a nuisance for any defence. Centre-forward Ian Fahey has rediscovered some excellent form of late with a ‘Man of the Match’ performance against Cork in the Munster final.  Liam Casey too is a tremendous fielder of the ball and a battler to have in your corner especially on a tight day.

The inside forward line is a three division combination of Kevin O’Halloran, Josh Keane and Paul Maher.

Kevin O’Halloran at corner-forward has been an inspiration since his debut in the Munster final. That night he kicked six points including five frees off the deck. Against Dublin, after a nervous start, he grew into the game and epitomised coolness at the end with some vital scores.

Full-forward Josh Keane, the only West Tipp man in the starting 15, is a tremendous target man but also a roamer who gets through a mountain of work. It was Keane’s blockdown in defence against Cork that initiated the move for Ian Fahey’s goal - hard graft sometimes does pay. Keane’s free-taking is vital also for Tipp.

Young Paul Maher completes the inside line hoping for another excellent peformance like the one he had in the Munster final against Cork scoring two hugely important points that night. Hopefully on brother Bill’s last day in an under 21 football jersey it will be a magic day for the Mahers.