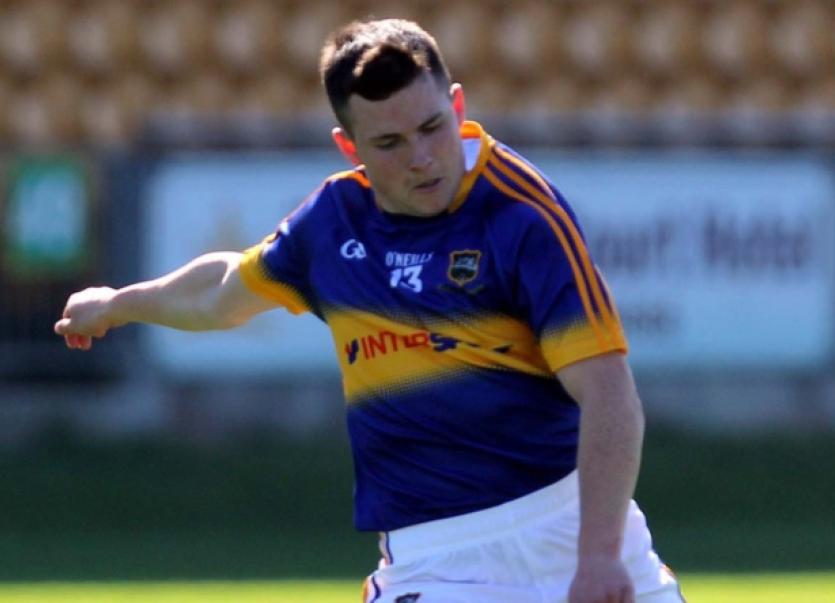 Seemingly sprung from football oblivion to a starting place in the Munster final against Cork, Tipp’s Kevin O’Halloran has been a sensation since his introduction.

Seemingly sprung from football oblivion to a starting place in the Munster final against Cork, Tipp’s Kevin O’Halloran has been a sensation since his introduction.

Asked how he felt about his sudden elevation, he replied...

“I am just delighted to be there and to be part of the team and be ready for the next day.

“I was over the moon; absolutely over the moon. I hadn’t much training done and I just said that I would work hard in training and try to make an impression and hopefully the management would keep me on the panel at least. Things went my way coming up to the Munster Final and I was delighted to get a start,” he added.

Kevin was out for a period a few years back with a bad injury but thankfully he is now back in flying form for club and county. In 2012, having broken his ankle he missed out on most of that year.

“It is full on now and I’m trying to keep myself away from injuries,” added Kevin, who along with Ballina’s Steven O’Brien is just one of two North Tipp players in the starting 15.

The Portroe man’s free taking has been magnificent in his two games to date “I get that from playing soccer. I play in goals with  Arra Rovers and having to have the direction and accuracy to get it up the field. And practicing too - I practice at home a lot and it just went my way against Cork in the Munster Final. It’s all about technique and practice. It’s like Jonny Sexton says with the rugby, if you don’t practice your technique and your routine it won’t work for you. I stuck at it until I found a routine which worked for me.”

On his nervous enough start against Dublin in Tullamore, Kevin explained..

“The lads said to me that there is a wind there and if it doesn’t work for you just stay at it. I did that and in the second half things went my way. I got a handy one just before half-time and it settled me down a small bit. It was a help,” he explained.

“The last one with time-up I just put it down and tried to get my head around it. Just blank out the crowd and just have a go at it. Luckily it went over the bar.”

Kevin went on to joke about Portroe and football saying “Portroe - footballs are punctured up there.”

“There is talent there but the interest is not there as such. I was just happy to be called into the U-21’s. I have an interest in football and I am delighted to be having a go,” added the sharpshooting corner-forward.

“It’s another way of training and keeping fit and keeping me out of trouble. It’s another couple of nights in the field and it helps the overall fitness and ability further down the line.

“It is huge to me to be able to go out and represent the county against the likes of Cork and Dublin. It comes down to the team training. If the lads didn’t think we were up to it, they wouldn’t play us. They have us fit and ready to go. We are well drilled and they expect us to play on the big days,” he added.

Kevin added that he has learned greatly since joining the under 21 set-up, all of which can be of benefit to his club in future.

“I have learned a huge amount that I can bring back to my own club and hopefully bring that to other players. The hard work that must be put in, the commitment and what is required for training and all the nutrition is key. Club training would not be as serious as county. Now I see why they are athletes and it is just great to be part of that,” he went on “I’ll keep my head down for the next ten days. It’s great to be part of the occasion but it would be twice as good if we could win it. Our training has been going well and we will be there or thereabouts.”

Finally, on how might his football help with hurling?

“Fitness wise I find that I can get around the hurling field better thanks to the football. You can’t kick a ball 80 or 90 yards down the field, you have to carry it. Co-ordination and reading the game is also a big plus and the football is great for fitness.

“Football is second in our club but I would love to be training for football all the time because it gets you so fit. It really brings you on,” concluded the Portroe star.