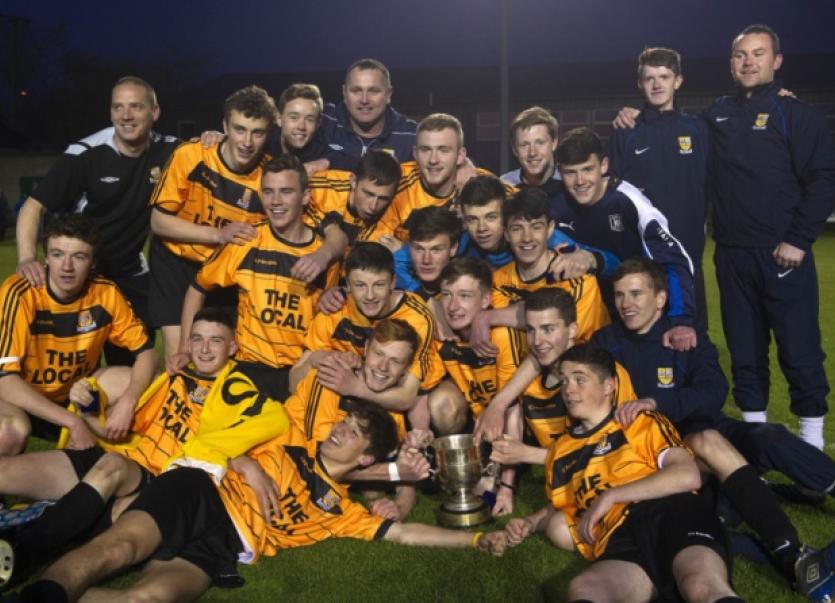 Nenagh to their credit started the better and looked dangerous from corners and set pieces but Michael O’Reilly was brave in the goals to snuff out any danger for Clonmel.

Jack Burke went close for Town on 25 minutes and he would have been disappointed with his finish which whistled past the post and away.

The TSDL side though were the happier of both sides to see the half time break, and the second period continued to be a very tight and tense affair.

Town finally gained control of midfield with Ciaran Looney and Gavin Ryan playing suprebly followed by Keith Fahey who gave an outstanding display at centre half and they could have stolen it with minutes to go as Lambe bore in on goal following great work with Dylan Kennedy but the Nenagh net minder saved well. Extra time loomed as both teams in fairness went for the kill.

The Clonmel side finally took the lead in the 97th minute through Jack Kennedy as he raced through on goal and finished delightfully to send the supporters into wild celebrations.

The game looked destined for penalties but Jack Kennedy won a free on the edge of the box following a great ball from Dylan Kennnedy, and again as he did in the Tipperary Cup Final only weeks ago Ryan Lambe slotted it home giving the Nenagh keeper no chance to seal a well-deserved win and second ever Munster Youths Cup win for his side.